The concept of catastrophic change is an incredibly classical one, and you’re best to read a book on Greek myths. This is a nice illustrated one, good for your kids if you desire them to have a broadly-based education they won’t get at school. If they show signs of becoming gloomy and taciturn they could even graduate to Childe Harold. 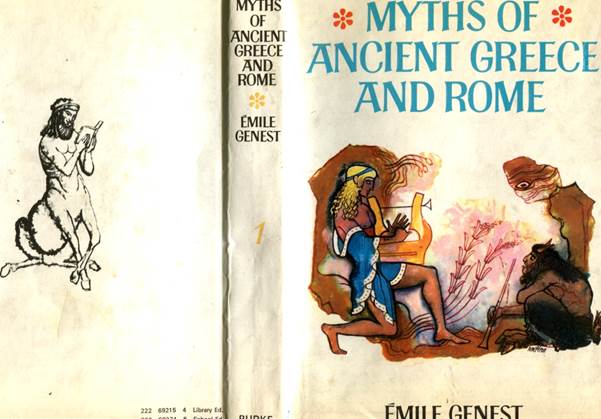 For classicism and Howard, see Alternates 5

Byron, who perished on Missolonghi in defence of Greece. Sacrifice as a transformative act. Words are not enough. All this is completely outwith the threshold of The Fountainhead, where ideas are a man’s property and there is no “room” for the unconscious  - as in the White Hot Room or Crown Chakra of Phoenix, since we’re getting into X-Men territory. Hope that doesn’t confuse Howard fans. 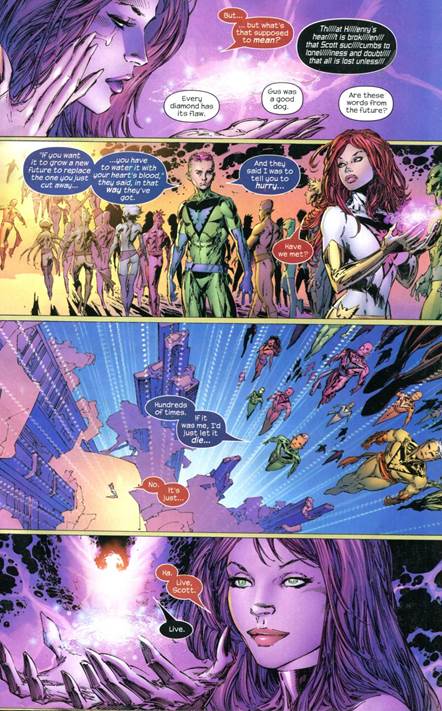 So, yeah, I am rather into retro-mythology. Jean Grey, who sacrificed herself with gay abandon in defence of no less than the universe as we know it. These pulp-like deeds are based on love, loyalty, honour and they tear at one’s heartstrings. You can say that’s regressive tendencies. Because I like comics? Harlan Ellison said they inculcate; and no, they’re not progressive and maybe that’s good. They cycle, fairy tales for the

It was Harlan coined the term “the glass teat”, and now there is a new app called binky that is literally based on empty human reflex. I rest my case.

BWS is no slouch at classical themes (by the way, where is he?) The Ram and the Peacock is a barbarian/cultivated wizard tableau and, as often with his prints, the subject is wrapped in symbolism of time and space. The sacrificial wizard has, it seems, been transcendentally metamorphosed into a resplendent peacock. 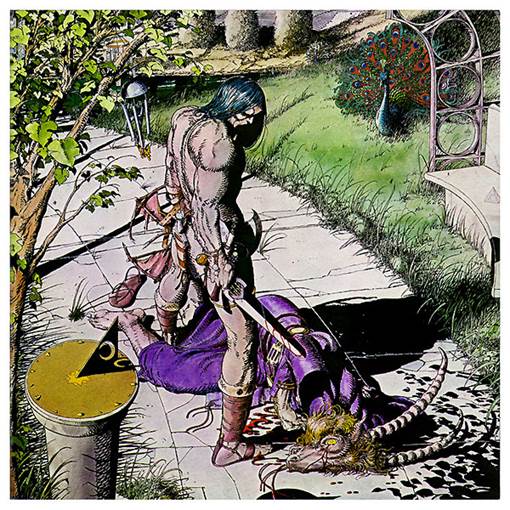 A lifecycle goes way beyond the idea of death as an “unfortunate” end – with possible financial benefits, see prev. It’s a regenerative principle, and a sacrificial act is often seen as an act of hope.

The sombre act that takes on a gay timber comes out strongly in this scene from Mozart’s Idomeneo (see CH 10). Idamante is literally begging his father to sacrifice him in order to placate the seagod Neptune, and redeem “fortunate” Crete.

All this comes from a classical mindset and can only be understood if the lifecycle of the community is taken into account. Hence the Greek chorus. I noticed in the Salzburg production motifs of skull, feather, Greek mask. The enigmatic mask, lifedeath, change?

Lifedeath II is also the name of the Claremont/BWS X-Men about Ororo, that BWS later turned into his own character in Adastra In Africa. There’s a story behind that of which more in the next chapter. These images from Lifedeath II speak for themselves. 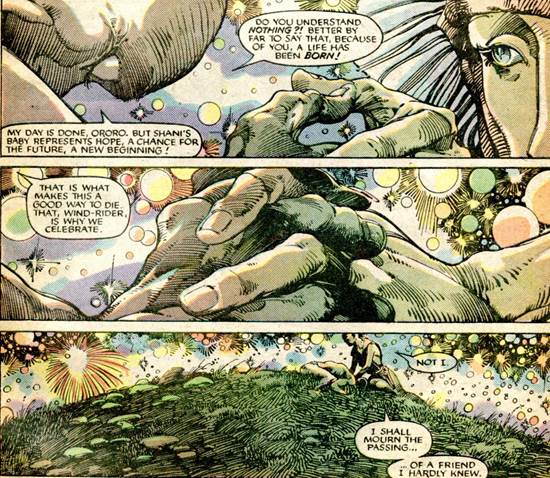 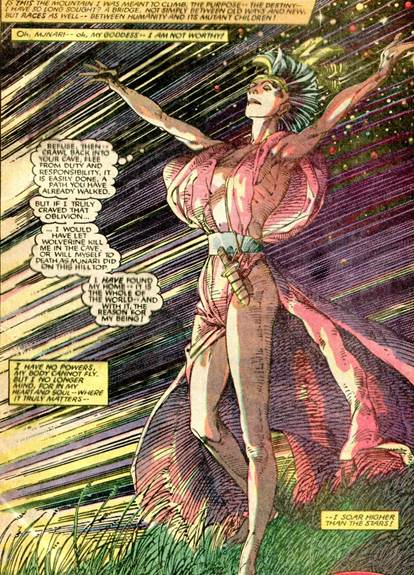 What is it about these sombre scenes that gives them such a gay aspect? Why are the sombre motifs in Idomeneo so telling to the loveplay between Idamante and Ilia? Also – I can’t resist this – it drives Elektra mad, and there’s nothing funnier than a hysterical madwoman in opera.

Ironically, sombre motifs are signs of gaiety or, as with Howard, a berserker lustre. This is something that is completely unfathomable to a Randian universe, so you’ll have to excuse me for doing the “compare and contrast” angle.

A Randian universe has no concept of sacrifice as its concept of good is essentially fashion and finance – the two are inextricably linked (see prev.) Finance, to paraphrase The Fountainhead, is the fertilizer for fashion.  It’s a logical universe, so there is no trace of a lifecycle in the relationship. Money is “dead matter” that enables the towering edifices of Randian futurism. 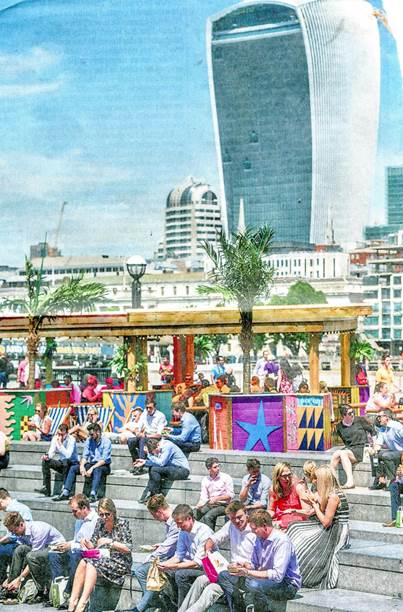 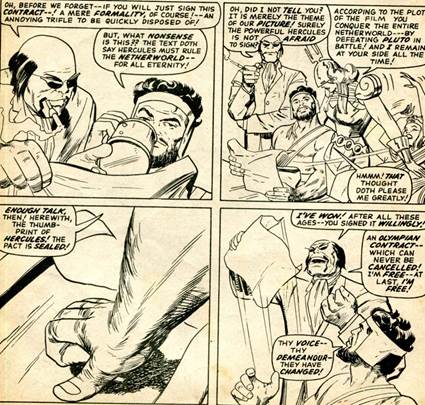 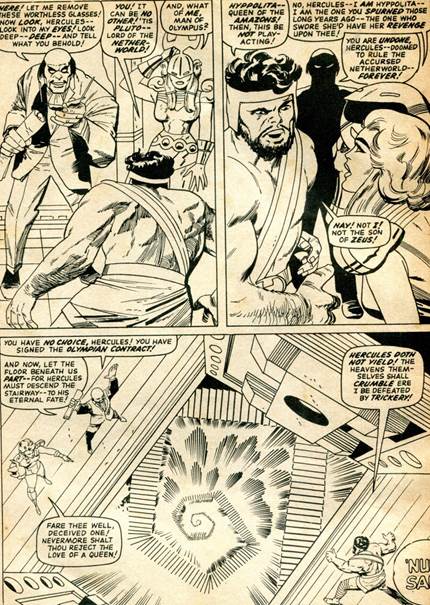 Because the house – Oikos – is at the core of the rational vision of futurism designed by Rand, everything within its shell is the same. The more “they” build, the more we will get a future of joyless, soulless robots and emptiness at the (Apple) core.

It’s quite difficult to perceive this, but Kurtz’ binky gives a clue (para 3.) This is a new app that relies on pure reflex to what is good or fashionable. The other phenomenon I’ve noticed in the social-net is “distressing gladness”. I’ve seen journalists making comments like, “all this fake happiness is getting me down.”

Unthinking urges are at the heart of Howard’s tales of strong men in olden times. The unthinking milieu is a constant motif running through the dark ruins of forgotten peoples. In CH 10 I went over some of the “picture versus word” arguments; the unconscious images that feed the young mind. Ironically, lack of content is good for thought as it’s not false content; it’s symbolism and fantasy, as in the Crusoe illustrations.

He is scathing of “these insipid sophists who happen to be sitting on the roof drawing room of the world can’t seem to understand that their form of life, what they know as life, what is life to them, is not the real existence, is not important to the rest of the world at all."(letter). There is a classical clash between those like Howard and classicist Nietzsche – both of whom tap into classical myths such as Minos, dark of theme and dream – and those like Rand whom logic dictates cannot. The gloomy underworld of Orpheus, the dank catacombs of Xuchotil, images replete with symbolism and fantasy, death and regeneration.

Cocteau, by the way, was so obsessed with Orpheus he did several films on the same theme and, in La Belle et La Bete, the Beast’s lair is decorated with decaying vines like an indoor

All this is quite Howardesque; the melancholy aura that the hero and heroine traverse and that they have to overcome. It’s the very soul of irony because it’s to do with the regenerative principle.

Irony is not in the Randian universe, so therefore everything is good. Except that it’s not, it’s bad. It’s the opposite of what we’re told but “they” can’t see that because they don’t “do” melancholy. No, they don’t, so one has to catastrophically change so that what was bad becomes good.

That is what a lifecycle is; the larva becomes the imago. None of that is straight-line logic as seen in The Fountainhead where logic is essentially dead matter – finance. This is according to Wynand’s own speech (see prev.) Where there is no melancholy there is no gaiety, no symbolism of regeneration.

NEXT: DENIZENS OF THE NETHERWORLD