"It is wonderful that the value and importance of the rich tapestry of flora on the estate has been recognized. Conservation has been at the heart if the Sandringham Estate's ethos over many years, created first under the Duke of Edinburgh and, more recently, by the Princr of Wales." (Edward Parsons, Estate manager, on getting an award, DT)

The estate has taken to leaving "margins" round the cropped fields where, "arable flora" (aka weeds) can thrive.

Dainty items like Venus's looking glass, cudweed, night-flowering catchfly (that attracts moths), toadflax, prickly poppy are nationally vulnerable. What is the Prince's secret to helping save "the lost flowers of the countryside"?

It's like asking, why does the American Indian dance in the rosebuds! Weeds are things which grow naturally, so if things are left natural they tend to grow there. A bit of help such as tossing in some bumblebee friendly flowers, not much more.

Isn't it a bit odd that it takes so little to save endangered plants? Yes, it definitely seems so. It's like saying modern practices actively endanger wild plants. Why should that be, when the Darwinian idea is that things compete in order to survive?

As was stated previously, Darwinism has been " switched " from an organic world to a straight line, perspective world, often run by algorithms or linked to DNA(GM).

So, is it that there are two types of competition, the organic and the straight line (perspective, DNA)? Yes, it's true that plants may have to compete in nature, but notice Parsons uses the word "tapestry"?

" It has been the home of the monarchs for generations.. Everyone at Sandringham appreciates and understands the rich tapestry across the estate and is keen to preserve and enhance it.. for future generations."

A tapestry is not actually a competition since it's an interweaving of movements in the spaces round the cropped fields. A tapestry is something that takes place in a space, and has a time-element. It has rhythm, and also melody in the colors and shades sounding together, bees flitting on by.

So, why dies organic space have rhythm and melody, while straight line agriculture doesn't? Well, because it's not actually competition, it's just the fact that things grow at a certain pace and have certain colors.

If competition takes place, it can only occur on top of the tapestry of growth. The tapestry is actually the reality of the place, in terms of physical being.

Where there is space/time reality, there is meaning and movement, figures in a landscape. In Britain, there are royal forests which are another example of leaving things just to grow at their own pace and colors.

The problem with Darwin is, even if there is some truth in it, the acolytes will attune it to their egos, which are attracted to straight line perspective reality. This is a reality where competition is vastly easier to establish via logical processes and the vanishing point of technique (algorithms, numbers).

I'm not saying competition doesn't exist, since in a hunt there is a chase and some animals may escape. I'm saying that organic growth - rhythm and melody - is not competition.

Charles is reestablishing the organic reality simply by leaving things be. Then you can have figures in a landscape, children dancing in the tulips, places of power (fertility), Dionysus.

The same goes for other countries. The Israelites with their Kibbutzim in the 70s were keen on children and growing diverse crops. The principle of primitive growth has declined somewhat (see prev.) Perhaps Chas could visit?

In the American West, the return of the cowboy with flowers in their hair is exactly the same principle. Along with the Indians dancing in the rosebuds, they are figures in a landscape, active in places of power, places that are left to grow ànd are not built-over with the straight line perspective order of acolytes of competition (Darwin as a system is different from Darwin as a theory, let's face it.)

A tapestry is not endless advance, it is the finality of growth, living and dying, fertility and rebirth. It's basically a bit odd that simply by leaving things the principle of competition seems to disappear. Letting things be as they really are is seemingly revolutionary!

Well, historical frauds have been perpetrated before. There was the whole field of alchemy and the philosopher's stone (for the greedy and gullible according to Ben Jonson's play). The entire trend of modernity is literally NOT to let things be as they really are, so perhaps that amounts to fraud?

A primitive sensibility is NOT falling for the mantra of endless advance, into this logical, perspective reality that appeals to the ego of acolytes, where there is an endless supply of "facts".

This spills into social attitudes, in that people who live inside the logical system are going to be somewhat similar - as opposed to different. But it's the psychic affinity of differences that is often a source of strength. People need to travel to experience difference, rather than see the same thing all over.

Avril Lavigne (prev) in a video poked fun at the quaint, antiquated tribalistic routines of Japanese women, to predictable backlash. Yet, it's clear she likes the differences of Japanese culture, and is in a sense treating them as they really are.

This harks back to CC Beck's use of stereotypes. It's people as they really are, not as they're " supposed" to be according to global PIL. It harks back to Marvin Gaye's street sounds on What's Going On; the real and vital street culture of Detroit city-life (Drama 3).

The psychic affinity of differences comes out if something instinctive, something that exists in a particular space with the sounds, rhythms, colors and smells. It's what I recall from a childhood in Spain.

The something that is missing in modernity is life that is lived unthinkingly and that treats people as temperamentally different. Byron's observations on Venetian women are part of this "lost world" of human behavior (P121).

Ari Up has some interesting things to say along these lines

"You strip away all the society wants, and make up your mind instinctively"

Ari puts me in mind of two people. One is the fictional Corto Maltese (prev) and colonial era Surinam. The sense that cultures are different means they also can overlap in interesting ways.

The other is my personal heroine, Perrine Sandrea (Alternates 6) who introduced me to French culture in the 80s. Ari's and Perrine's attitudes to the west and to other cultures is the same. I went to visit Perrine one time in London and she was shacked-up with a black dude. It was clear to me she preferred their culture.

She lived in a block of flats that had a sort of downbeat ambience and rough decor; Bob Marley and Jobim were on the turntable. Babylon system. Whether she's still rebelling is hard to say; she's the daughter of a scientific mother so could be another Lovelace-type.

What all these people - fictional or real - seem to have in common is an affinity with the primitive psyche, the instinctive reality, over what "they" tell us is real (factual).

Ari emphasizes her pursuit of a goal, perhaps the search for a story that will supply psychic strength? That story may be in the instinctive psyche that the western mind has tended to dismiss, even with such luminaries as Freud. The sense that the psyche emanates from the body and the body from the universe.

Perrine introduced me to the French comic magazines of the 70s - Pilots, Metal Hurlant - and in their satire and sci-fi are plenty of stories that play-out this instinctive psyche that rebels against led bourgeois. The wild hippy rites of Caza; the "completement autodidact" sci-fi goth Druillet; the hermetic escapism of Moebius's "Airtight Garage".

These stories seem to be of a particular time and, in fact, the French no longer sell comic magazines, only the single-artist albums. It's all very sophistique, but there is a sort if dingy ambience of street-culture that comic magazines tend to inhabit. What I tend to imply is they're throw-away items; they iinhabit the ambience of a place in a fairly physical sense, bent or torn or even damp.

They're culturally interesting in an ambient sense, instead of being simply one more thing that is purchased. It's difficult to say precisely what that means. Ambient culture is also what I associate with Robert Crumb's 60s comics satires.

There's probably another connection, with the early sci-fi fanzines run by Morojo and her boyfriend Forrest J Ackerman. Morojo, I happened to read, was the originator of cosplay, designing and sewing futuricostumes for herself and Forrest on 38.

In a way, their optimism is the very opposite of rebellio. However, Leigh Brackett wrote for their fanzine and she is the very soul of romance. O e can't help but think that the efficiency of Musk's rockets might not be to their fancy! Would Kantner too have thought it was a dead end?

Whatever the facts if the matter, an instinctive love of the future is different to a drive for efficiency. A romantic future is frequently the province of dirigibles, harking right back to Jules Verne.

Is the future then s fraud that is more like endless repetitions in perspective space (algorithms, ones and zeros)?

Something that is attractive to the ego may be an illusion; the Black Sun of calculation that the instinct is wary of. "They" will dismiss instinctive thought's; however, it's clear that simply leaving things be is a form of strength.

In other words, to develop psychic affinity of differences means leaving things be to develop differently, like weeds. The story becomes not so much material as simply to do with the rhythms of life.

With this may come poverty, decadence and decay, as was true if Detroit (Drama3). However, with decadence comes revival and is a form if psychic strength. The psyche and the physical (body) together can operate outside of a material system. It's a type of rebellion that entails treating people differently and as they are in reality.

Nowadays there's a sort of confusion of realities. In a hospital the body is treated as meat and cut (see P121 "William"). This " scalpel " reality us for treating sickness; however, if you're well, the psyche and the physique become active together.

It's when the hospital becomes reality that the state of compartmentalisation becomes the "norm" and psyche and body are no longer active together (Lindsay Anderson's Britannia Hospital, see Alternates 6).

When Ari Up got cancer she relied on herbal remedies which didn't work. Yes, it's true hospitals work; anything technical like nano-scissors will do a job. But when one cuts things like meat, one also can't deny the physique - and hence the psycho-sexual manifestations of meat.

On the one hand a hospital treats you; on the other it treats you like meat (see "sausage-factory", Godard prev.)

That material state of semi-psychosis is countered by a decadent state. Whether it's weeds on a field or germs that " teach" the immune-system to react, it's an ambience of things being left, to be what they are, to live and die, decay followed by revival, strength.

One is the perspective system of physical boredom (sun); the other is the cyclical system of growth, decay, revival - the night follows the day (moon.) 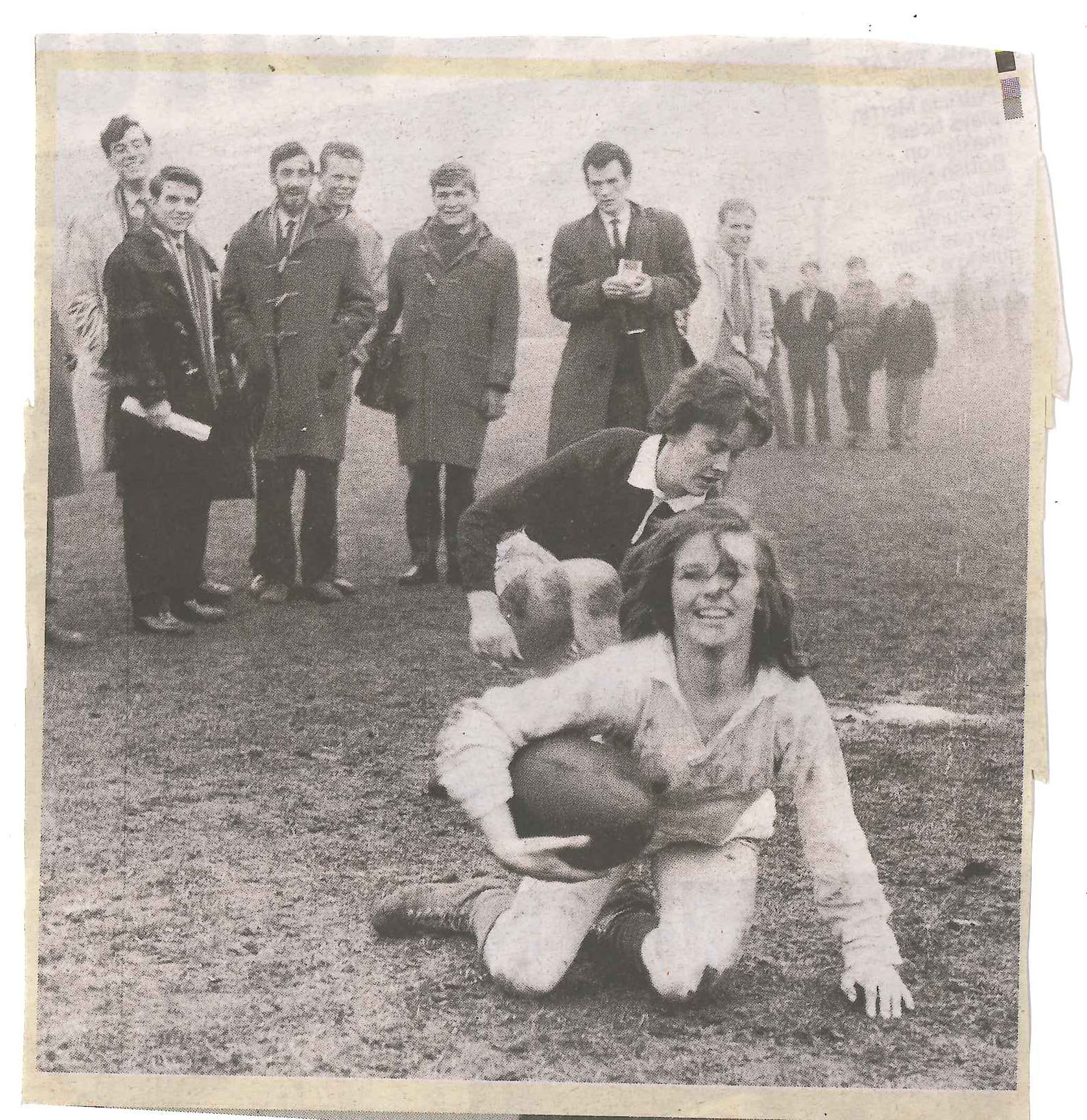