The Puritans are thought of as quite an American sect, what with Nathaniel Hawthorne and REH, though it’s worth noting all the “old-time” sects stem from the 16th century Reformation when Luther disestablished from Rome and established the Protestant Church. Later sects went further toward New Testament doctrine and simplicity of ritual, which makes the point that revivalism is rebellion.

Instinct and innocence in these types of situations count for a lot, so that is the type of revival I have in mind. Simple rituals, plain homesteads, contact with seasonal Indian herders/hunters, a return to the meta-imagery of myth. It re-establishes the eco-culture which is a natural and easy one and feeds the psychology. An inwardly turning culture (see Metamorphosis) is always going to be psychologically hung-up; this establishes an alternate.

Without going the whole hog of Weekend, dark capitalist rituals are a new type of Roman Catholic Imperialism. With an establishment of facts and figures covering everything from cornflakes to pig-human hybrids, the sense of overwhelming ritual is everywhere. You can add to that computer algorithms, which are just digital rituals.

They will feed you facts which unfortunately have no psychological content; this is like Kafka for beginners – the more they give you the less you have. Once you bring in revivalism, rituals are useful and meaningful in certain situations as they cycle round musically and reinforce perceptions (smoking the pipe of peace). 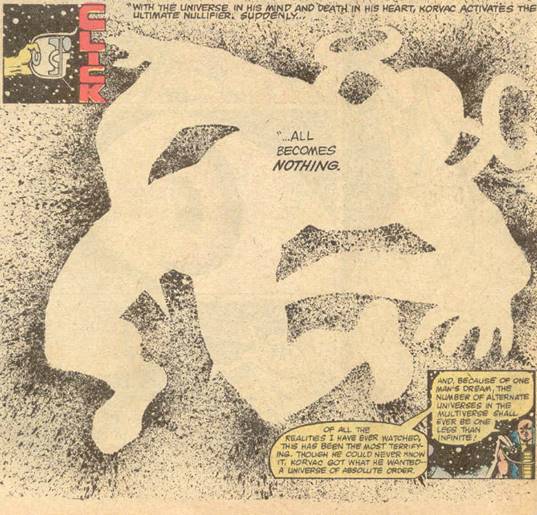 What If? #32, c Marvel. This is a fan-favourite, a tale of overweaning hubris meeting nemesis (see The False Apollo, CH 3)

So, revivalism is a return to purity – simplicity and pure doctrine – not lack of wildness. Basically, if the “dark establishment” wants growth and building ad infinitum, you have to ask what good is it if you can’t be wild and free? It’s fake wealth, factual, ritualised.

The powers that be will always tell you different because they deal in facts; actually reality is psychological, not just real but also fantasy. That’s why the satirical 60s (and early 70s) films If, Weekend, O Lucky Man are so profound. In them it’s quite difficult to tell when fantasy takes over from reality. As Elizabeth Sussex says (Studio Vista, Movie Magazine 1969), it’s a matter of interpretation by the viewer (she was talking of If).

In O Lucky Man, the anti-establishment tone throughout (by Lindsay Anderson) is fantasy, but you know exactly what he means. Similarly for the pig-human hybrid, but they’re coming (trust me). Because it’s fantasy, it’s not stuck in one epoch, and seems to time-travel from a medievalist Arcadia to a dystopian future. The cockney scenes at the end are more Dickensian than contemporary.

I think you can say the similar things for other anti-establishment films, such as Ghost World (2001). The digs at modern types are a bit unfair but the sense of a lost world is still palpable (the sense of contradictions lost to time, particularly in the character of Seymour, who’s seemingly based on R. Crumb). The film is fantasy and so is psychologically very truthful to the “outsider types” Edith and Becky.

So, both the films to an extent are time-travelling. However, O Lucky Man is an epic and like most epics, the Homeric adventurer on the seas of fate has a destiny – luck, quest, voyage. There is a sense in which the lack of trendiness (in both films) cuts them off from the modern experience of time, which is linear, day to day. They cycle back (to Memphis Minnie and 20s shellacs in Ghost World) or forward to a dystopian future. Rather than being on a linear treadmill, they see a bit of everything and it puts them outside the treadmill.

In O Lucky Man, there is a sense of nostalgia for the old-boy clubbishness (Lindsay was born in Bangalore of an old Raj family). But, overlaid on top is the overweaning hubris of the modern real estate magnate – Sir James – and the underhand deal with a corrupt 3rd world country (Zingara) that lands Mick in the clink. 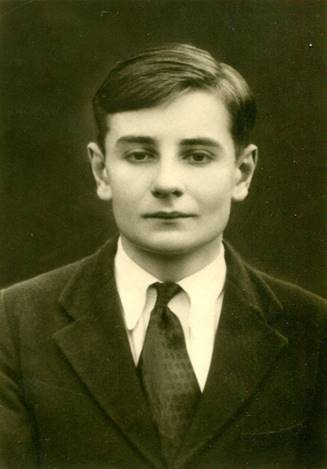 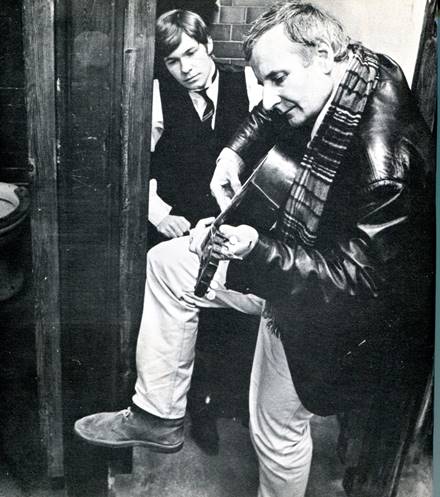 Directing Richard Warwick in If

On the DVD when captions come up with the words, “There are over 33 million people in prison..etc”, McDowell comments, “Don't believe any of those because they're completely made up – facts are just thrown at you.” That’s it exactly! It’s not that facts are inherently meaningless, but a world of facts is. It becomes ritualised and not real. Reality is actually psychological and so is a type of urge for living.

In these films that cycle round time, you can experience reality without the need to be factual or trendy. You are experiencing the world with a psychological truth – the urge for life, feeling, song and dance (Alan price in O Lucky Man, Memphis Minnie in Ghost World). Without the intermediary of marketing, you have a true experience (the scene with Edith and Seymour’s old shellacs).

LOOK OVER YOUR SHOULDER

AND THE WORLD GOES ROUND