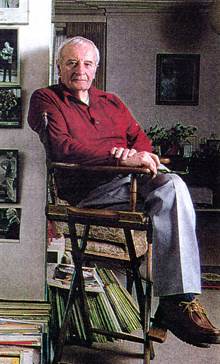 Grant Morrison has a quote somewhere that, at the end of O Lucky Man, Malcolm McDowell has a look of Zen destiny after he’s slapped by director Lindsay Anderson. He’s so bewildered at this seeming slice of apparent.. luck? I feel a bit like that myself having, through no fault of mine, family connections with this maverick rebel of 60s/70s British cinema (on the DVD, McDowell likens him to a Roman chief; not so wide of the mark.)

At the time I had no clue about film, and it took a slap like that to send me on a befuddled voyage of retrospective Zen destiny (this took the form of a bike accident and nasty bang on the head). At the same time, again through family connections, I met a French rebelle who, though about the same age, was many years ahead in pop-cultural knowledge and basic style. This anarchic shock of hair in the shape of Perrine Sandrea introduced me to mid-70s-80s French comics magazines Pilote, A Suivre, Metal Hurlant, also Charlie Mensuel, since lost. This picture of rebellion was a bit too precocious for YT, yet this early schooling has paid dividends. I often wonder if she is now living with a tribe in equatorial New Guinea or, alternatively, running a slick online marketing consultancy (for a Papua New Guinea tribe, natch.) 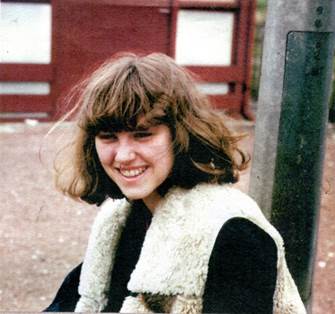 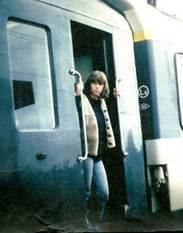 The French, a bit like everyone else, were heavily influenced by American newspaper strips, and there was an explosion of talent nurtured in Pilote by publisher Goscinny (writer of Asterix with artist Uderzo). Pilote had morphed into a satirical/surreal fantasy student-type magazine following the near-rebellion of ’68, with a roll-call of names from archaic fantasist Druillet, Jean Giraud (Moebius in MH), Jean-Claude Forest of Barbarella, Bilal, 60s satirist Lauzier, Claire Bretecher (of L’Echo)..

Of all those journals (Metal Hurlant etc.) not one survives. The only one I know of is Charlie Hebdo and the less said about that one the better! The French have this idea that BD is now a serious artform and doesn’t need popularizing with periodicals, but there is something about having these old magazines that reminds you of R. Crumb’s anguished cry, “What happened?! What happened to this music?”

Under Goscinny Pilote was truly revolutionary, as the times were revolutionary, so what is revolution? Isn’t it not to take things seriously, not to be political in the Hebdo mould, to be in a word childlike? You could say that’s a way different cultures develop, in a way just to be loose, not rigorously defined..

That was the way the hippies started. As Crumb has also said, they became another uniform. How does one escape from uniformity? By having a lack of seriousness, by having a carefree culture, and comics are one of those. As a slight digression, contemporary pop music strikes me as a production-line; as an antidote how about this from 1970 that features a Magnum 44?

There’s something so unserious about that, the closest to a cowboy-hippy ditty. So I’m thinking what Pilote had was this sense of unseriousness, an alternate culture. Goscinny in this photo is the proud father figure to his talented brats. 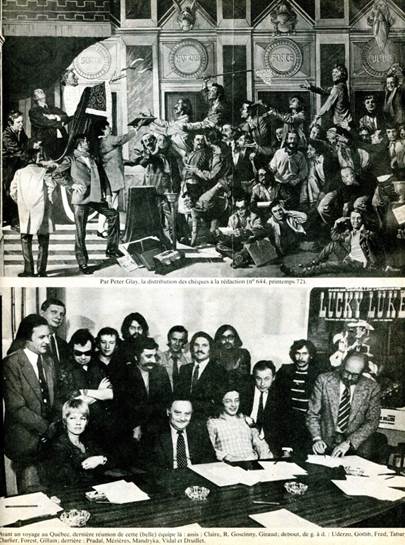 The scene fractured with Bretecher going to L’Echo, Giraud and Druillet to MH, till finally the idea of serealised strips gave way to complete albums, and the annual jamboree at Angouleme. What this seems to mean is that the origins in America newspaper strips have been basically dropped, and I’m not sure that’s such a good idea.

The French did this very well with Barbarella (Forest) and others such as Chantal Montellier. Her sci-fi dystopias are dark but with bizarre comedy. Starting in the all-female Ah! Nana then MH 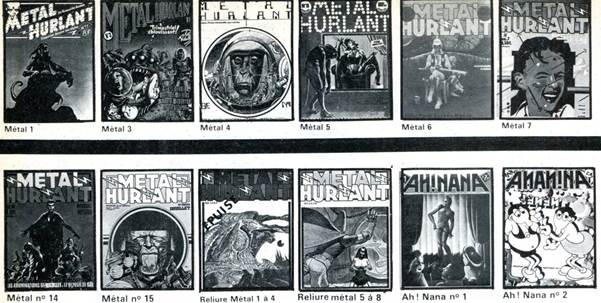 Even MH strikes you as semi-unserious (there was a spinoff, Metal Humeur), an alternate reality to the drab uniformity of mainstream life. Comics are an alternative to a world of facts, so you could look on them as having a similar role to that of dramatizing dreams and visions, as popular art has always done, from medieval to Renaissance.

In that sense they’re like a social counter-culture; they have a social impact and stimulate a cultural fanbase. Basically, the best way to facilitate that is with periodicals, which have a mixture of style and introspection that is always going to be provocative to mainstream life.

If there are two alternate futures, then the comic strip represents the looser, sloppier one. In the preface to Montellier’s Social Fiction, Dionnet (of MH) says, “She was never better than when she couldn’t draw that well (trans.)” This is a pretty cute comment; she knows what she wants, she has a dark vision and a classical mind, and every line counts. Nothing is formulaic; it’s a style that’s quite naïve and fresh. 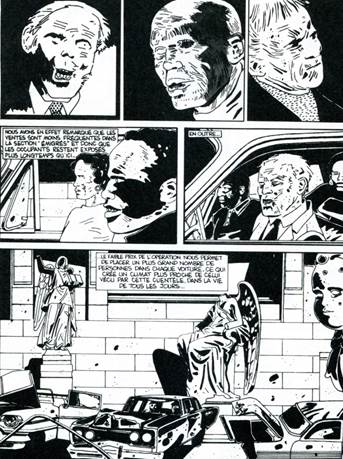 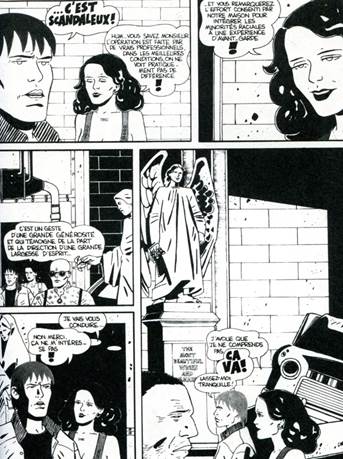 There’s a medieval simplicity to her tale of a supposed fall-out shelter which is also a “Shelter” of another kind - free from the demands of the outside the inner mind is nourished. Just add heraldic emblems to her multi-layered fortress and you’d have a cultural ecosystem of yore. The ending seems to suggest.. they had something once, before the voice of the all-male controller started issuing orders and diktats. When the world was looser and communities could form with the ease of an organism. When introspection and the visible world went together, when there was a connection between style and eco-culture. 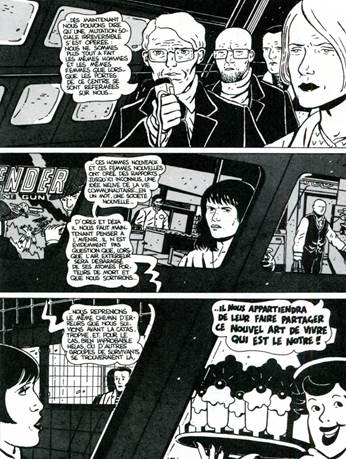 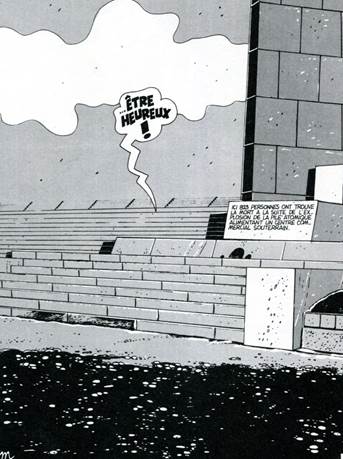 The impression you get from Shelter is of possibilities repressed by masculine authority. It’s interesting she spotlights the previous feminine dystopia Barbarella on page 78. The style in Barbarella is much more forceful, it’s not struggling to be free, it’s all around you. 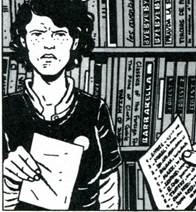 The film version by Roger Vadim has a similar naivety. Barbarella is a counter-culture of avant-garde style, from the opening where she is sent on a mission to stop the “neurotic irresponsibility” of Duran Duran (modern Man), to the organic décor which adds a hippy-scene that gives Fonda the advantage in every scene. You almost feel like you’re inside a giant organism with fish-bones and tubes, everything is curved, nothing is straight.

Fonda’s performance is pretty cute, an innocent abroad, and she is bound to be introspective, as with the line, “A good many dramatic situations begin with screaming.” Barbarella’s world is loose and sloppy if ever there was one, and also pretty dark. There’s the bird-cage attack, the pleasure-machine, the black witch-queen.. almost a typical fairy-tale.

She learns that the organic wonder city is built on a lake of living energy, the Mathmoss. As Duran Duran tells her, “The Mathmoss has its own means of nourishment, and in return teaches us truth.” The horrible truth is it feeds off evil, watching soundlessly. Rebellion is afoot, and with their secret network of tubes at her disposal, she is able to enter the black queen’s chamber of dreams, despite the mad urges of Duran Duran.

The style of Barbarella perfectly reflects these urges and needs of the black queen’s kingdom. The chamber of ultimate solutions’ three gothic doors; the totems atop the birdcage; the lounging hookah-smokers.. Barbarella’s world has a symbiosis that reminds you of Kirby’s New Gods; a raw style has quite a dark content. This has to do with the way that rawness isn’t formulaic; the mind is receptive to unconscious imagery. Style and introspective content go together. There is a looseness, sort of personified in the figure of Barbarella herself. This is a type of rebelliousness against the “fat and round”, the land of goods and services, probably best represented by Ayn Rand. In a Randian “vision”, you are beset by bright light and facts, and denied the introspection. With introspection comes darkness, a symbiotic world. The regenerative instinct. Dionysus.

An Apollonian vision without Dionysian urges is like Le Corbusier’s Radiant City. This is the true insanity; eroding the stable system of the prairie of the mind, happy trails, carefree days.