If all this rebelliousness could be tied together, where would that lead? What I'm hoping is it leads to storytelling. Is it conceivable that the rebellious mind - be it Ari or Kantner - is searching for stories in a world of illusion? A world of the ego of acolytes of a sorcerous illusion of numbers, of the eye that gazes at itself.

That world is something like the wizard's hall of mirrors (HB20). The Mirrors of Tuzun Thine is another example of Howard's fascination with mirrors as sorcerous mediums which entrap the mind.

In the modern sense, the illusion is of perspective space, attractive to the ego of acolytes of a competitive order.

In this order, Darwinism has been "switched" from the organic world to a perspective reality of straight-lines (sun) that convinces the mind with numbers (algorithms). The Black Sun of calculation.

Numbers are intrinsically convincing. For instance 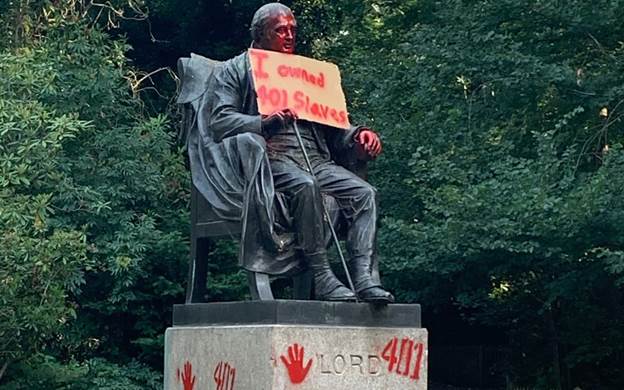 But numbers are not a story which has sequence and continuity (Roy Thomas, as quoted previously, compared comics storytelling to a tapestry in AE).

In other words, a competitive order doesn't have a story, it has numbers, in a perspective space. The data "they" supply is perspective data. For example, x-ray diffraction to detect DNA (prev).

Thus goes back to Jack Taylor's poem "Pets" (HB56); lenses are just another use of perspective that bends light to focus or form diffraction patterns.

This entire perspective system, of which Darwin has become a part, is an illusion. Darwin makes a good figurehead, but acolytes are above all acolytes of Galileo (Newton), and take it as read that Darwin exists in the same system, so convincing to the ego.

Note that it doesn't necessarily mean they are all "in it together"; a convincing system is attractive to the ego and so it is more of an ego-trap.

What is this "story" that exists outside of a perspective order? Well, a tapestry is an invaluable aid to detecting a story that has strong psychic roots, and physical presence in colors and brute force.

A tapestry is also traditionally a woman's pursuit (the Bayeux Tapestry). It's also figurative art, often battle or the hunt (same in China). A tapestry, quite like Chinese landscape, weaves together colours and textures without resorting to any realism such s perspective. The style is tactile, and the content is psychically strong, referring to circling ravens, migrating storks..

Competition is an order, which means it attracts the logic of the ego, whereas a tapestry is woven together in sequence with some psychic resonance. We're told to believe that DNA and Darwin have a continuity, when it is just an illusion, an illusion that convinced the ego with "facts".

If you're going to have continuity, you need both psyche and the physical, since both move together through the strong backbone. Strength is movement it has nothing to do with information.

The spine is primal movement, the predatory primal serpent of the universe. So, there you have a story that is strong, that movement, that has a searching instinct.

Ari, as you may have noticed, was keen to emphasize her focus on an "instinctive" goal, divested of the wants that society foists. The instinct is the spine and the primal movements of living and searching in the world.

Whether you call it a tapestry or a labyrinthine wood (Keri Hohne, prev), it's all movement, of living creatures, of psyche and body (physique). The destiny is in that story, and can be read in fairy tales or Howard equally.

CL Moore's Black God's Kiss has this ancient sense of movement that is not in perspective or geometrical space, but just is. The reptile is in us, and our sensual movements have their ancestry.

Movements are labyrinthine and cannot be compartmentalized into separate"facts". This wasy gripe at Hameroff's Quantum Consciousness (prev.) The psyche is related to primal movement, and that is the reality. Neurons are just facts that appear after the event (like DNA).

It's true "facts" can seem very convincing, but it is an illusion that attracts the ego. Facts come after the event; ie like a photo is a copy of reality. That's why there's souch confusion today, because facts can't tell you how to live or what life is.

Ari makes some comment about her Rasta hair being a source of primitive power. The crown that waves snake-like to hr movements. Whether it's Hameroff's or Musk or Zuckerberg, none of them live in an active world of physical movement that reflects a primitive psyche.

They are all heirs of the Black Sun of physical boredom and numerical compulsion that shines where the sun don't shine. Inhabitants of a hospital within this illusion (see Doury P121).

While a hospital has sterility, the natural world has fertility. Where there is dirt there is strength; the German that teach the immune system to respond; the weeds that grow on borders.

Dirt is strength, and where there is dirt there is cleanliness. Where there is decay there is rebirth. This entire cyclical realm of movement is lost to "them".

Movement is fertility. The inert kingdom of facts is a sterile illusion born of physical boredom that cannot deny the physique. And therefore the serpent is loose in this sterile illusion. The serpent of profane meat (GM) and proxy sex (DNA).

The serpent cannot be denied since it is primal rhythm, and the profanity is that these rhythms are removed so you don't know your assistance from your elbow (see prev on cuts of meat).

The physique has to come first because it has a head and a tail, a left and a right (Weird 11). There is meaning and movement in places of power.

A common garden pond is a place of power that is running-over with fertility and frogspawn. It's bizarre down there, and the meaning arises entirely from the weird physiques that spasmodically twist and turn through the green slimy labyrinth.

The symmetries of the natural world create what amounts to stories that poets and minstrels air. Howard too is known to air their pleasant lands.

'A cool wind whispered through the green woodland. A silver thread of a brook wound among great tree Boles, whence hung large vines and gayly festooned creepers..
.. In the midst of the pastoral quietude a little slave girl lay with her face between her soft white arms, and wept as if her heart would break..
So she did not hear the light footfall not see the tall broad shouldered man who came out of the bushes and stood above her. She was not aware of his presence until he knelt and lifted her, wiping her eyes with hands as gentle as a woman's.' (By This Axe I Rule, CH3).

The pleasure of a tender flower is he feminine principle of dainty good looks, so attractive to a bee. The sensuality is that of fertility; any reason arises from that area of strength and death and rebirth.

The physical and womanly story that is not in a perspective science, but is in the tapestry of delicate lines that weave round living things. This is where stories are. It's the story of Ari's Rasta hair. Lines that sinuously interweave and that give strength, psychic power to the world. 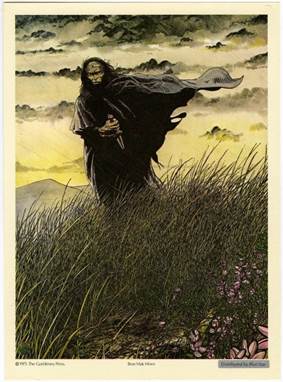