Ranged around the circle that enclosed the two women sat what was surely the strangest company ever assembled. They were grouped with a queer regularity which, though meaningless to Jirel, yet gave the impression of definite purpose and design. It had a symmetry so strongly marked that even though it fell outside her range of comprehension she could not but feel the rightness of it. (Jirel Meets Magic, Omnibus page 66, Golancz)

This is the quote from CL Moore referenced in Pictorial 7. This is a universe where uncertain footpaths and garden trails do exist; the classical tradition of the labyrinth, epic sagas and introspective adventurers (content).

The other universe is a parallel system, which comes into another CL Moore story, The Code (Tales of Faith 12) as well as her epic space opera Judgement Night. A labyrinth – as Smith-Laing says Hyborian Bridge 16– is to do with likeness, and difference, and is our view of an ancient copse, a run-down dwelling, a library or the Underworld itself. 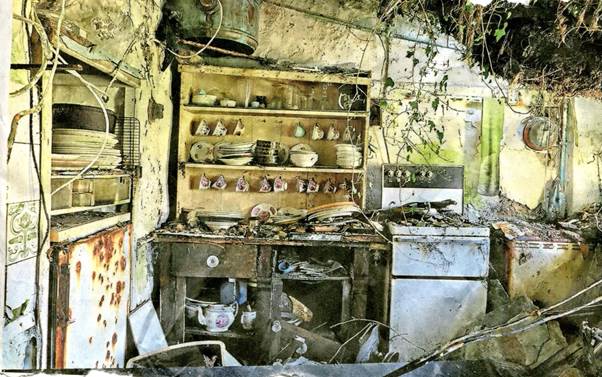 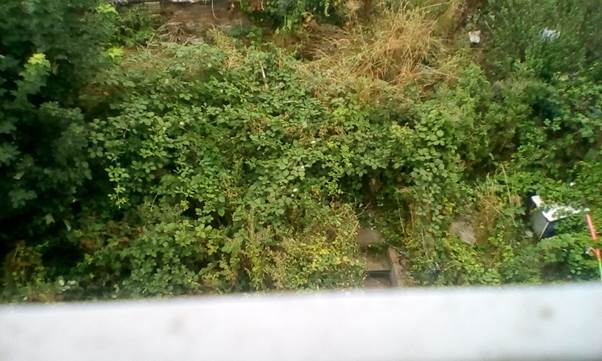 view from my window

Now, the film A Taste of Honey (prev), it is a bit of an English icon and I get the impression pretty well-known Stateside, pioneering dingy realism as against Hollywood “glamour”. Yes, it is a type of reality but, as I said before, it’s also the romance of living in crooked lines. Some of the underlit scenes have a sort of proto-Saxon Tolkien feel.

That sort of thing is labyrinthine; it has content, introspection, feel. Once crooked lines disappear, you automatically are in a parallel system. Nor only that, but it is a much more convincing one! Everything is sharp and crystal clear. There is overwhelming data (viz mainstream media) of which the chief example is DNA. But DNA is half of reality; the other half is allure, glamour, Eros.

The parallel system is an ego-trap because the ego likes convincing things. It doesn’t like labyrinths even if that is reality. The modern world of straight lines, it has to be said, is a marvellous achievement, but it has peaked, and we now have to go back to heraldic achievements

“The pictures must read like a tarot card. My work is where the eleventh and twentieth centuries meet; the images are virtually heraldic” – BWS (The Studio page 100)

If you go back to Tales of Faith 10 there are two empiricisms. One is logical (Faraday Hyborian Bridge 13), the other is traditional (nature). Everything natural has an internal logic – otherwise you couldn’t follow it. The symmetrical heraldic symbols are intricate and give meaning (epistemology).

Similarly, it is possible to follow a labyrinth – it’s not necessarily easy but you know there is meaning there. If a labyrinth is empirical tradition, then the modern world is going away from that, to meaninglessness. This is what “they” call empiricism, but it has no internal basis of symmetry, balance and proportion.

A labyrinth isn’t necessarily easy to follow, but it has an internal logic that makes it meaningful. In a human body, different things are going on autonomically, independently; without the symmetries it would make no sense. We are symmetrical beings, spirits of the universe. So, a natural labyrinth is the opposite to the modern maze (as with empiricism). The modern maze has no introspective content (meaning, epistemology), and it appeals to a coterie of people with the same type of head, one that is good at processing data, whether it’s Putin, Macron, the social-media clowns, even Trump who is a successful businessman. These are the egoslime who own the egosphere, or half of reality.

Why is it that fact becomes fiction in the modern world? I read this in DT

The truth is that the Labour leader has taken a leaf out of the Donald Trump playbook. He has worked out that, even when the truth is staring us in the face, he can tell us that black is indeed white and two plus two does equal five and enough people will believe it. Or worse, they simply won’t care what is fact and what is fiction. Julia Huntley-Brown

I think that’s right. Where there are no symmetries of society, no proportionate head to the body (physique Pictorial 1), we live in a world of fact/fiction. Nothing is necessarily so, and nothing is necessarily not so. Again, why is this so? Because there are two of everything, there’s a sun and a moon, and without balance what is real is very difficult to say. We live in a half-world which is awash with “facts” and “they” are processing data, the mere “fact” that this makes things convincing is enough.

It’s really a case of living in half of reality – the convincing half – which serves the ego of our overlords or Martians. However, if the universe is “ambiguous symmetry” you only get a rough idea of where you are because you no longer inhabit a system of logical order. If you take a look at this picture, it illustrates an album of Buxtehude’s 17th century baroque organ 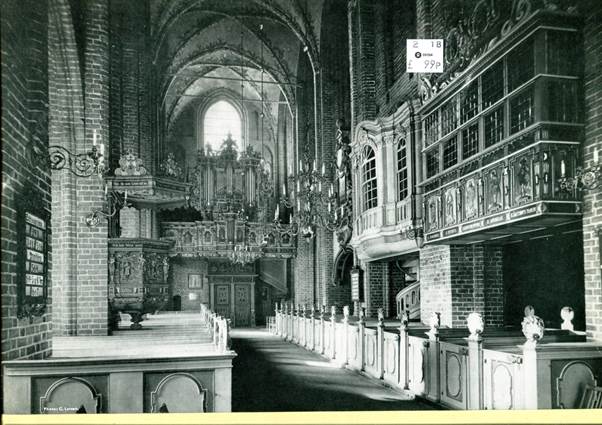 From the inscription, it looks like it’s Sweden, northern baroque architecture, and I like the freedom of expression that seems to come with intricacy. Like the Hanseatic League of trading ports that operated at that time in the Baltic, there was an expansive intricacy to the interlocking cultures, and from that came the system of independent government, or order.

In other words, the baroque freedom of expression in Hanseatic ports – the dim alleyways, sailors’ shanties, ordure – is part-and-parcel of Hanseatic order. There are always two of everything – this is something a parallel reality tries to do without. There is no such things as pure order in the old “natural” world because of the labyrinthine ways of winding alleys and ancient seaports, from Homeric times onwards (Tintin). “They” seek to do without the labyrinth, and so enter the modern maze where fact becomes fiction and there is no internal logic (of symmetry and proportion).

It’s an ego-trap: the more convincing they are the more false data, and the more fact becomes fiction; the less labyrinthine, the more you are in the modern maze of logical order, where you will not have the freedom of intricacy. In what you could call the feminine universes of CL Moore (Jirel Pictorial 5,6,7) and Clair Noto (“Red Lace” Pictorial 5), there is often a feeling that the mystery itself is what makes the universe work. The feminine allure strides forth under gloaming skies and into stinking alleyways or lustrous Great Halls.

The very differences and the essential opposites are what makes the whole thing work. In Jirel Meets Magic there is a typical CL Moore scene of a jagged edge of blackness eating into the azure sky – pure dark destruction that comes from infinite vistas of star-strewn space.

And suddenly in the sky above them, visible through the crumbling crystal walls, a long black wedge opened. It was like a strip of darkest midnight splitting the violet day, a midnight through which stars shone unbearably near, unbearably bright. (Omnibus page 72)

As a slight digression (seeing as my background is scientific Tales of Faith 5), is it not true that a dictionary of chemistry describes a universe of order? 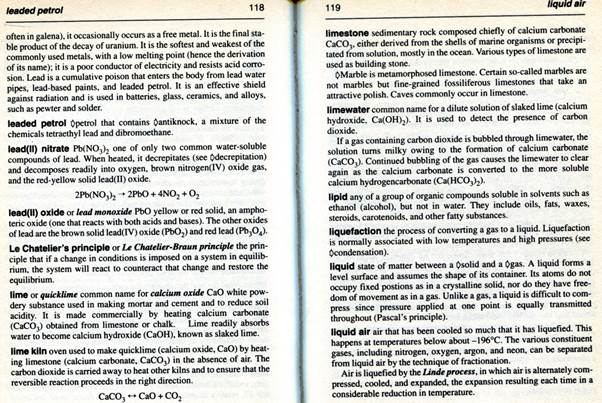 There are many, many symmetries in chemistry as the Periodic Table of Elements illustrates.

The elements, if arranged according to their atomic weights, exhibit an apparent periodicity of properties - Mendeleev

However, unless the entire universe is shown to have a definite symmetry, there is still a mystery there. I happened to look this up and found that the quantum theory of supersymmetry (pairs of anti-particles of energy) is in a bit of a state; the facts aren’t there, basically, so until they are, we live in a universe of ambiguous symmetry, of freedom and order and not of one or the other.

That is life, since what is life without freedom? What is the point of chemistry if we are but chemicals ourselves? CL Moore and Clair Noto are two of my favorite writers and I guess they have their fair share of female intuition. The same intuition, it would appear that comes into Howard, and the same that informs Talbot Mundy’s seafaring tales of Tros on the fringes of Rome.

So, I’m ending the page with chemical data, a bit odd surely? Except it’s not entirely random – lime is used in making mortar and cement, which brings us to the famous world of Roman engineering and construction!