Mundy, who was a practitioner of Madame Blavatsky’s Theosophy, prefaced each chapter of Tros of Samothrace with Sayings, as he explained in the Foreword

In an effort to show the baffling difficulty of explaining spiritual vision, in a day of convincing grossness, to a people in the toils of conventional thought. (Tros of Samothrace page xiii Hutchinson 1934)

“Convincing grossness”. A romantic artist has a certain kind of naivety  that you often see and hear out and about in nature, the hop, skip of a blackbird, woodpigeon’s rhythms etc. Naivety enables truth to be beheld and told that is not simply thought. In Howard it reaches the heights of poetry (Steve Ditko I think had that naivety, though he called it “intelligence”. BWS is a bit similar, I guess, but it’s a type of idiosyncracy).

Naivety is everything that “convincing grossness” isn’t, since it’s just acting in-the-moment. This is what “they” don’t want since it leads to indecision. There are always two sides to everything; the formula, routine; or the expression – and both are completely different (see Bruce Lee CH9). Byron has the phrase, “Guileless beyond hope’s imagining” (To Ianthe).

Mundy got duped in an oil-drilling venture in Mexico (Sarah Palin got duped by Sacha Baron Cohen!) It shows a lack of forethought – romantic adventurism. Romantic adventurism is the very opposite of routine - the living nightmare we find ourselves in today. You might say comics artists have routine but no, they work entirely to their own rhythm. OK, they have to make deadlines – treat it as a semi-lethal adventure, then!

Romantic adventure is the very essence of Madame Blavatsky’s pilgrimages to seek out the fonts of wisdom, which so entranced Mundy. Blavatsky’s travels read a bit like Tintin for the 19th century, and what I want to say is in the old days one was able to travel in the head. The sounds, the scents, foghorn of a package steamer.. like the hop, skip of a blackbird, everything takes place in time like an unfolding tapestry.

In order to travel in that way the world has to be guileless, and guilelessness feeds the head like rosebuds on the prairie. That is what romance is;  it’s knowledge of “no knowledge”, of the thing itself. Whether Madame Blavatsky went everywhere and did everything she claimed is irrelevant. The search is fo “no knowledge” which is partly in the head. This is why the modernists are so wrong; the more knowledge they have the more fantastic nothingness is there, because they have no knowledge of “the thing itself”.

Travelling on package steamers, in hurly-burly Indian trains, into the Himalayas, mist-shrouded lofty Tibet.. all that is a form of naïve knowledge that is lost to the modern mind (CH10). You get it from Tintin, from the Marx Brothers (old European aristocracy, Margaret Dumont etc.) The more convincing rightness there is, the more wrong and sick things are.

Sorry to borrow a Trumpism. Trump simply represents convincing grossness as a type of nothingness. In Trumpworld, there is no rustic simplicity, no tit-willows, no frogs-a-leaping or maids-a-jumping. There is only the almighty dollar, “We can do business, folks!” as the world gently weeps. 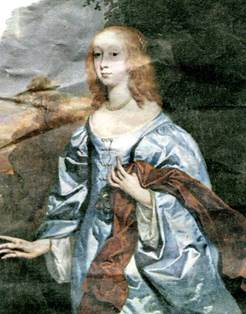 Lely, The Duchess of Lauderdale, a Stuart “Joan” during the interregnum of Cromwell. “Joan” meant a rustic woman who signed her name with a mark. Now that’s what I call knowledge (ie naïve and loyal).

Knowledge? Any fool can have it. But wisdom, with which to interpret knowledge and to use it, that is something that each one must learn for himself in the school of existence. It is the mark of the wise man that he can listen to fools and learn from them, although their speech is folly. (Tros of Samothrace, Sayings Chapter Seven “Gobhan and the Tides”)

But first they met Gobhan, in a house of logs and mud that overlooked long marshes where the snipe swarmed between the forest and the river Thames. In places the forest crept down almost to the water’s edge; and there were creeks innumerable, crowded with wildfowl that filled the air with mournful longshore music. There was another huge forest on the far side, more than two miles away. The river rolled between the mud-flats, lonely and immense, with only one small boat in sight, working its way with oars and sail across the tide. (page 67) 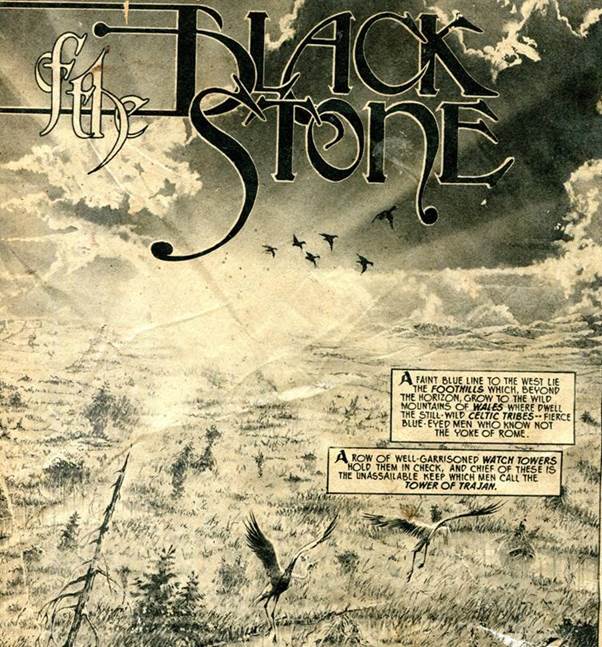 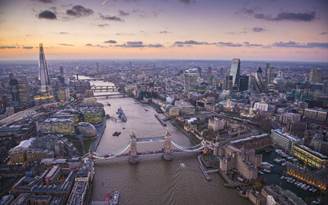 City of London from Tower Bridge

It is well said modern Man is a pygmy on the shoulders of giants. The more convincing the argument seems, the more the pygmy is gulled and the less is he able to harness the t rue power of mind – imagination. Because convincing arguments have no knowledge of “the thing itself”, that’s why they’re convincing!

What is unconvincing is actually wilderness, since it’s like a lot of different things happening without rhyme or reason, unless you recognize that there is a type of mystical reason there. Madame Blavatsky, on her travels through the Americas met a Quebecois shaman, having been inspired by James Fenimore Cooper. Wilderness lore is a direct apprehension and so has a connection to mystical experience (as Hawkeye intimates in Last of the Mohicans). The knowledge of moss, of bark, of the sounds of birds and the hum of leaves in the wind tell you of a world that exists in time, musical and apprehensive.

If you watch a kingfisher trilling and swooping, all its movements are perfection-in-time. It’s the same as if you cough to expel phlegm, or breathe evenly, or swallow without choking. The perfect ion of nature is not a logical thing, it’s a sequence in time. That perfection – that you see and hear and smell in wilderness – is exactly what the giants, the big beasts, don’t know because it’s the thing itself. All the logical argument in the world won’t tell you what experience is, what expression is. It’s the difference between routine formula and the spontaneity of action (Bruce Lee CH9).

“Thingness” is what doesn’t exist logically; it exists in time only. I like Conrad’s picture of the fen from SSOC 17 as it’s like an atmospheric snapshot of a continually changing scene. It’s like we’re there, experiencing the hazy mists and mournful sounds of waterfowl (Tintin has that effect; “What a lot of seagulls” he muses in one scene, as they caw overhead).

That is actually the world of experience that doesn’t exist to the logician – it’s irrelevant. When Einstein said, “time is an illusion” (Pictorial 17) that’s perfectly true because, once you’ve experienced something in time, it disappears with time. Experience doesn’t exist logically, and that is what’s wrong with the “big beasts” of ideology – whether Julian Huxley, who made an ideology of Darwin (transhumanism) or the dread Dawkins, or the Einsteinian universe of atomic precision (CERN Tales of Faith 11)

They’re all the exact opposite of experience BECAUSE they exist logically. This is what I meant by the more right they think they are the more wrong they are in actuality. Experience and expression cannot be logicalized because they don’t exist in that sense.

Conrad’s splash shows you a snapshot of something that has no logic and is like an autonomic organism. You get the same sense from CL Moore’s descriptions of the dark dimension in Jirel of Joiry (Pictorial 6,7) and similar in Ditko’s Dr Strange. Life is autonomic, spontaneous; it cannot be told what is best, it must experience it. We who are romancers must experience or we are nothing. Tros, the sailor, battles the sae with one-eyed Conops, and wins because

..when a man and a loyal mate give thought for nothing except speed, and are perfectly willing to upset if that is written in their destiny, they upset not so easily. It is the men who hesitate and calculate who lose out on a dark night in a stormy sea. Strength, and a vision of what is beyond, work wonders. (page 120)

You wonder if Mundy was a sailor as he’s very good on “beam on”, “reefing”, leeward of shoals and atmospheric description

Tros steered for the boiling bar, guessing by the milk-white foam that gleamed against the darkness and the thunder of the waves; and when the ship pitched and rolled, beam on, the crew took to the oars to save themselves.

Once clear of the bar, in darkness and a howling sea, there was nothing left for them but to hoist a three-reefed sail and pray to all the gods they had ever heard of. (page 128)

There’s actually a misprint on page 120

I happen to know Hythe very well, and he’s very careful to say all the while they are heading windward to the west of Hythe, where lies the (still) barren and waterfowl haunted country known as Romney Marsh!