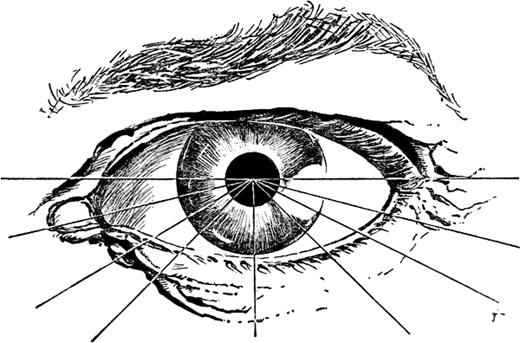 Those of you who’ve read CC Beck’s short story “Vanishing Point” might agree that it foreshadows virtual reality, which does tend to vanish into thin air. I’d go so far as to say Beck’s story tends to illustrate the idea of the false Apollo..the idea that technique is useful but shouldn’t be followed too closely. As Beck says, he “tends to throw down vanishing points where he wants them.”

Beck’s perennial view is that quite abstract things, like cross-stitch embroidery, are good art. The symbolic representation or pattern is quite effective. The basic problem with perspective is that it creates a world that is ordered, Apollonian. That is “a” reality, one that is fit for robots. So, how can it be that perspective does not order the world? Yes, it does, but it doesn’t create it, the order in the world isn’t pure order. There’s a quality of line, of grace, dynamic balance (CH 9, Bruce Lee).

If you try to create a world of order you will have inertia, which is what we’re getting to. Inertia or inert matter, with Tesla cars whirring on self-drive, cleaned by Dyson, Amazon Spheres on every junction, drones on every rooftop. It's a future that reaches the vanishing point of technique, which is to say there is no organic disorder. But organic disorder is simply decay or the lifecycle of matter.

In pursuing pure order, the future becomes disharmonious as sure as night follows day. It's a false view of order, often pursued by transhumanists with their fetish for psychotic AIs. It's a fetish which seems to disregard regeneration, which may explain why in films and sci-fi stories AIs are often portrayed as existing in some eternal madhouse (Alphaville, I Have No Mouth and I Must Scream).

If there is a psychosis there, it's another sign of a weak psychology. The vanishing point of technique is weak psychology (delusion). The other future is strength in vision; the vision of a man and woman existing by the fruits of their own labours, pioneer-stock. A vision is an irrational urge, which is why this alternate future is psychologically sound, as opposed to the possibly psychotic other future.

I've gone into quite a lot of the ramifications of this already, for instance the psychology and “thought through pictures” of children (Alternates 8, para 10). The alternative that relies on the imaginative faculty of children would seem to have more future than the one that relies on psychotic AI.

If a society develops healthy instincts and healthy imagination, it will tend to be less rational and more unthinking. The unthinking response is something a psychologically weak society would tend to quell. The unthinking, instinctive response is strong, intuitively on-track and, oddly enough, allows for free thought.

CC Beck said, talking about his use of stereotypes,

They want cartoonists and writers to show everything in namby-pamby, wishy-washy, harmless, meaningless ways and never show any evidence of thinking.”

Stereotypes are useful because they are very recognizable. Talking about the revised Bible, CC adds,

They want more stereotypes instead of less, they want everything a sexless robot, or a wax figure. Same as in Bernini’s day when all the angels had to be sexless, ethereal creatures.. In the Old Testament, those angels were terrible creatures. They came down armed with fiery swords and everything else.”

These are strong, primal images that impact on our unconscious urges. It’s stereotypical or instinctive, not rational. The point is, that strong psychological content enables us to think! I could go on quoting Beck and maybe will, but first the cosmic side of the equation needs to be addressed.

Strong psychological content can be quite abstract, and yet it hits you right between the eyes. The feminine ideal; the muscular virility of a man-beast at bay. Why is it the abstract qualities – the damsel in distress, the looming castle, the black charger (the steel and harmony of Motown, Alternates 7) – seem so real? If you take this cosmic woman by Caza, it addresses the primal question of a fertile planet. To a tribe that is a mythological question, and you could easily imagine the woman as a squaw in some Hopi fairy tale of old. 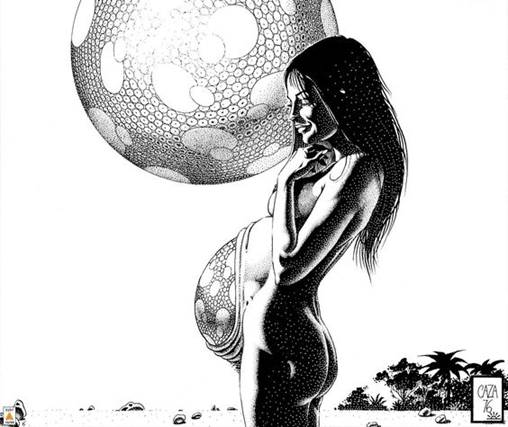 The process of thinking in these (mythical) cases isn’t vague atall; the cosmic symbol; the constellation; the origin myth.. the grounding on which thought takes place or root.

This knowledge provides a psychological strength, and distinguishes one alternate future from the other. That knowledge is not held by technique because it is the vanishing point of technique. We who are of the universe follow (irrational) urges, and this inspires an Apollonian vision of order.

The universe, the material of the universe, is dynamically balanced - that is the vanishing point of technique. We seek to restore the balance and therefore to regain a territory where such balance still exists. This territory has to remain outside of the “reality” of fact and technique and under its own jurisdiction.

What “they” will say is that strong psychological content is simple, and that would be right. The primal forces are simple. The aim is not to abandon all techniques that may be useful; the aim is to realize that the vanishing point does exist, and that the universe in its reality has a certain abstraction. A thing of beauty, power, strength and a type of order.

Of course these types of abstraction come into fairy tales or the muscular virility of pulp fantasies. The strength of the imagery has a moral force. They deal with the universe in its essence, in its cosmic sense of balance, where along with order we see disorder, haphazardness, line and design, piratical style and of course lust. 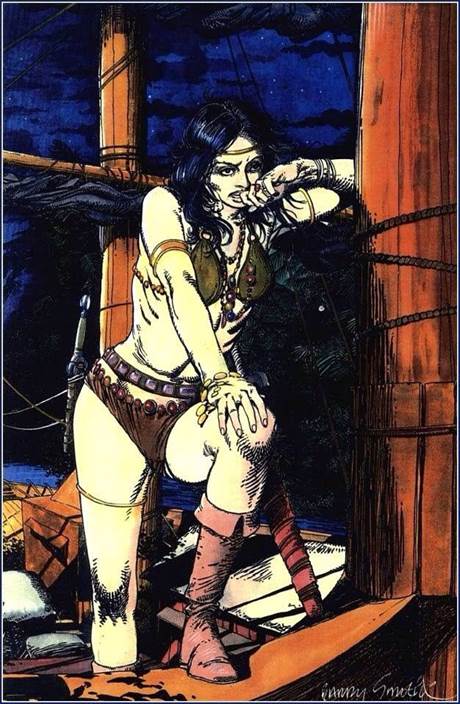