More books have been written on Byron than practically anyone - maybe Jesus Christ - so any idea of endlessly recapitulating is out. So what follows is a short but hopefully sweet conclusion to the 4-parter.

A two-year tour towards eastern ports aboard package steamers and sloops that ends up at Athens - where he woos three young sisters sets the stage for subsequent classical achievements.

This postcard I found in Oxfam dated 1979 sets quite a nautical tone. 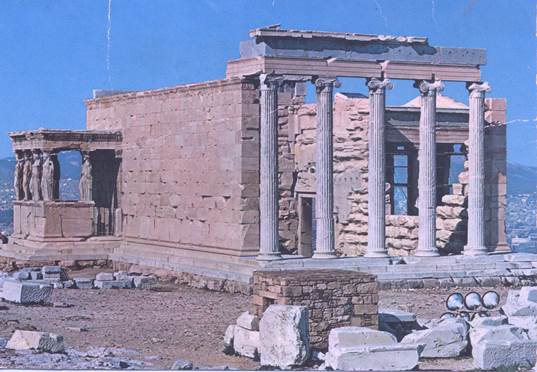 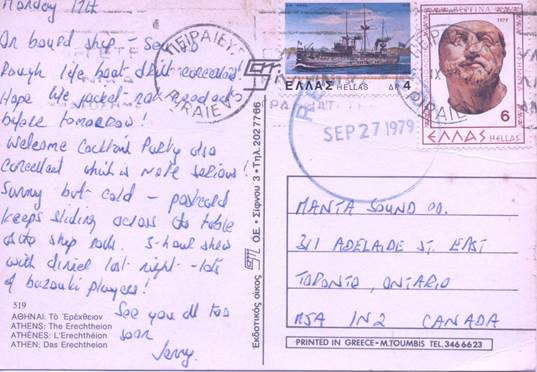 On his return, Byron was catapulted into superstardom with the publication of the first two cantos of Childe Harold when he was about eighteen. The gloomy misanthrope with the fine features was irresistible, and "was hunted down brutally" (Byron, Peter Quennell, intro page 26).

His roué lifestyle subsequently became counterbalanced between two women of opposite temperaments. Annabella Milbanke, who he subsequently married, was "the princess of parallelograms" (Donna Inez in Don Juan) and Byron was initially attracted by her serious concerns, in contradiction to the gay throng.

(she) gravely confronted him on equal terms, and showed a tendency to act the sermonist, not the worshipper. Lord Byron was great, but was he good? No doubt, he had consummate poetic genius; but was he sure his genius made him happy, or that genius, divorced from virtue, was of much avail?(page 33)

The other woman was his half-sister by the wayward captain Byron, Augusta. Their fated fling cast him into despair, which hid marriage to Annabella was supposed to counteract.

Fate had other ideas, and Augusta's visits and letters finally decided Annabella to separate.

It was the triumph of an indomitable and steely rectitude, gained at the expense of youth and hope, over the destiny of two passionate and fallible beings. (page 43)

Following Byron's final departure to the continent (with Shelley in tow)

..Annabella's method was far from crude: 'anxious as I feel to support and comfort you in the recovered path of virtue, I could hope not to do so by an attempt to impose my own opinions. On the contrary I would, as far as possible, remove every obstacle to independence of conduct on your part.' Poor 'Goose', in fact, was put on her honour.. (page 50)

So, from the preceding, Annabella wins what could be called the moral" battle. Meanwhile, the last two cantos of Childe Harold tumble from Byron's psyche like gold dust.

This is the key to Byron's creativity, that he dreamt his memories and re-processed them through the Byronic temperament, the rhythmic psyche.

Annabella represents a forerunner of the modern tendency that reasoning alone can lead to moral truth. But this leaves out the fact that convulsions are rhythmic.

By leaving out this fact, the inevitable tendency is towards a parallel reality of "facts" - that are also fictions (prev), because the innate sense of rhythmic balance I'd missing.

The modern world is the head, represented by Annabella, reasoned and serious, while Augusta represents the body. Illicit lusts spring from the pre-modern world - the Oedipus and Electra syndromes.

But, then, inbreeding is just a fact of human history if you look at the Habsburgs or the Pharaohs. From another perspective, the rhythmic ways of living and working have an innate sexuality that is much more amimal in its freedom.

Women's bodies and the supple strength of the spine in the field were accentuated with bunched clothes (see also Fulling HB60). Fertility, rhythm and strength; the carnal lusts and the last of the summer wine.

The modern head (Annabella) has thrown away all the primeval rhythm (of the serpent, or the throat in song) to gain a parallel world of "facts". The loser is the imagination.

If the reaction takes place in your imagination, and is provoked by the medium, fine. If you can lead a guy right up to the edge of a cliff, and then stop the story, his imagination takes over. What's his name, Conan Doyle did that with.. Sherlock Holmes. He killed him off, but if he had show him falling over the cliff and falling, panel after panel, from all different angles, and dying and being eaten by the worms and wolves and everything else, he'd have gone too far. (CC Beck, TCJ #90)

As a footnote, I find forums can inhabit this parallel system. Not that they do necessarily, but I for one find it difficult to read running exchanges that necessitate fact-checking.

The Byronic psyche is fertile and can be filthy and spasmodic, which was what Annabella set out to " cure ". The escape to the east allowed the fertile juices to flow, with somewhat forlorn exchanges of letters with Augusta. Morally it may be suspect but, then, life is not run by Martian police who can arrest animal creativity. Is it?