The bloodstream, it might be said, is the foundation of sanitation since it is there to sweep away impurities (via the kidneys). Deep cleansing of skin through pores by anointing with olive oil, as practiced by the ancient Greeks, ultimately enters the blood, since oil doesn’t evaporate (unlike water). Roman athletes rubbed animal fat on themesleves, then used a curved blade (strigil) to remove sweat and dirt after exercise. Medieval monks distilled herbal tonic liquers of aromatic pungency.

All of those constitute sanitary practices, their restorative qualities, founded on the empiricism of the human figure The basic principle of a tonic is that the body has impurities in it, and these are cleansed. The healthy lifestyle is one with impurities, the physical outdoorsy life of the human figure that exists in the cycles of nature, with the harvest, with the moonshine.

The physical outdoorsy lusty carefree way is built on dirt and a fantastic proliferation of impurities. Cleansing becomes an event in itself, as you sometimes see in cowboy films. Authentic cowboys wear tough fabric that is literally unrippable and can wear it on the trail for weeks on end. The utilitarian denim, when it is finally dragged off, practically bonds to the skin. This degree of dirt gives the washing a ritual quality of renewal. Like the Japanese onsen, impurities of the mind and body alike are washed clean.

The tradition in active peasanty-type agrarian cultures of ritually washing away impurities depends on the impurities being there. This is traditional empiricism of the human figure; the cleansing culture associated with bathsalts (and heat)

..the bath is a kind of accidental meditation..Tubs are small, so you sit still, staring at steam as it rises from your body. The waterline ebbs and flows visibly with every breath. The outer contours of your flesh blurs in the water. You stop knowing precisely where your body ends. (Japanese etiquette) 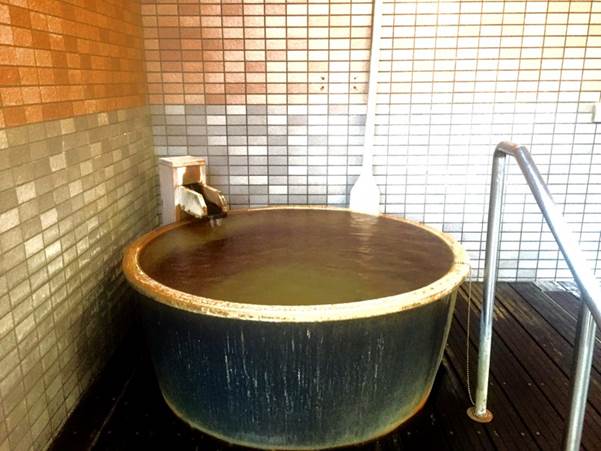 This is the complete opposite to scientific empiricism, which basically detaches the head from the body in the making of cy culture, with its absurd standard of corporate hygiene (of which Trump is the representative). The rituals for mind and body in fairly filthy action-oriented lifestyles are a million miles away. 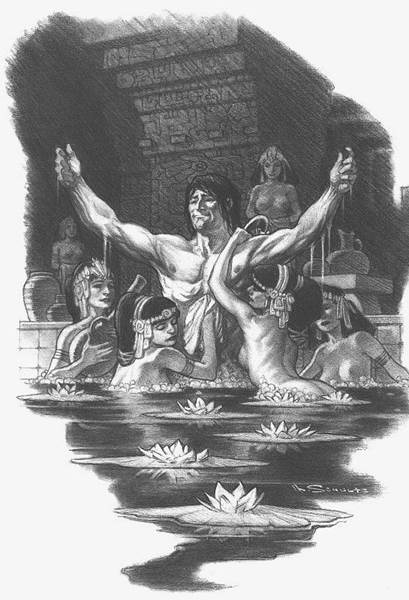 Ancient empirical traditions of filth and cleanliness! A flat western bath is unfit for the human figure of strength and grace – ie pragmatic scientific empiricism, “one size fits all” 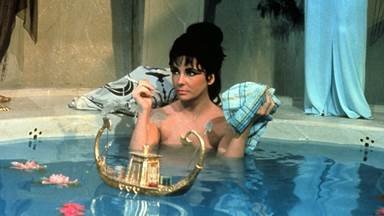 The romantic life – as alluded to previously – is one where the vicissitudes of Fortune hold sway (Tales of faith 8) - the superstitions one finds in the Old West (or The Wizard of Oz). As I’ve been saying for awhile, superstitions are feelings or hunches and their modus operandus is they cannot be proved (ie like horoscpes).

A world of pure superstition could be quite unreal, but so could one composed of proven fact – because then there is no symmetry and propotion, and fact becomes fiction. A type of nothingness. In a world of pure fact, the assumption is things are constant; in other words, they do not metamorphose. However, behaviour is something which may metamorphose; that was why I put the “Jerusalem Replicates” next to “The God in the Bowl”(Tales of Faith 13). You can see it, even if “they” cannot!

In Apuleius’s The Golden Ass, Lucius has an epiphany of the full moon

To him at the nadir of his fortunes rescue now comes, in a way the most percipient of attentive readers could not have guessed. He suddenly awakes from sleep to see the full moon rising in all her unearthly brilliance from the sea, and prays to her for deliverance. Nothing has prepared the reader for his instant conviction that here is his salvation, that she – invoked simultaneously as Ceres (Demeter, harvest), Venus, Diana and Proserpine (Persephone) – is the supreme governing power of the universe and that she and she alone can save him. (Penguin Introduction, page xii)

He becomes a devotional disciple to Isis, but is accidentally transformed into an ass. The story takes some scabrous turns, before he usefully returns to human guise, and the final chapter resolves into a battle between higher and lower natures.

Apuleius was clearly indebted to Greek progenitors, and the moral that whatever one believes is reality can be a fool’s paradise I think is a very powerful one. On the one hand is pure superstition; on the other is hubristic over-confidence. Both are equally unreal. To reject superstition is ungodly; to reject fact would be folly. To accept reality as a factual creation, though, invites nemesis.

Melissa Scott‘s Dreamships  (Pictoria 19)  gets this distinction very right, I feel. The ship, actually called Young Lord Byron  - the story is set on a planet with a classical underworld culture called Persephone (wife of Pluto) - is cybernetically run by Manfred (a romantic Byronic hero), who may or may not be „true AI“.

„You‘re telling me that Manfred was willing to kill me.. because it had the dataset instead.. It can‘t tell the difference berween a dataset and me“..

„Constructs manipulate real things by manipulating symbols in virtual space. They don‘t distinguish.. between the symbol and the object represented.“ „Then I was right,“ Vaughn said.. „This thing is not intelligent – it‘s.. a snare and a delusion. Manfred‘s a fucking expert system, just like every other Spelvin construct.“

Jian glared at him, furious.. with herself for feeling an absurd sense of betrayal, with Manfred for daring to be inhuman. (Dreamships page 299)

The world we‘re entering, the one of AI constructs, is therefore completely inhuman, essentially one of the human head sitting at a console. You might say, a world of the ass. It‘s the extreme opposite to Apuleius‘s The Golden Ass living in a fool‘s paradise, but the nature of extremes is that they tend to resemble one another.

Anyone that enters that world is a sucker to scientific empiricism, getting more cy day by day; there is more plastic fashion; there are more pop festivals run by and for corporations. It‘s all leading up to the great illusory future that „we are our data-sets“.

Maybe, if we are heads sitting at consoles in our fool‘s paradise; that is the future of scientific empiricism that is hermetically tied to the head. I always feel that France is a better country because there is an empirical truth that you see, touch, smell, feel in the air. We Anglos have been lied to so much we often can‘t see it.

Where you see imbalances and ugly signs, you should point that out and not rely on the psychotic overload of facts that become fiction in a parallel reality of ego-lust - the wormdollar – again reperesented by Trump. The political head is the disproportionate head (Weird 15) that is detached from the body and so cannot participate in rituals of purification. What I mean is, the heads are full of junk, the modern hermetic maze.

I’m not saying Trump doesn’t bathe, just that his attitude is wrong as you know for sure he’s on twitter. The head has to partake of the bath and cleanse the stream of idiot-thought. In Japan, they generally wash the hair before getting into the tub! You may say these are trivialities; it’s like saying being born is trivial; they may be commonplace but if they’re done wrong the head will always be full of the same junk. This is what „they“ want; heads suited for consoles sitting in their fool’s paradise.