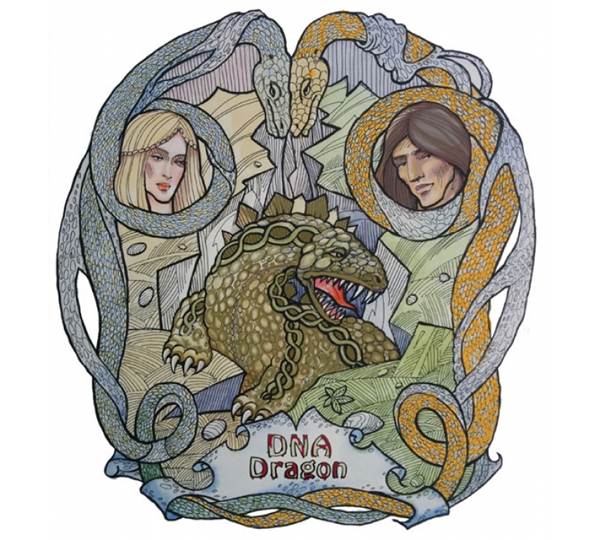 Who/what is going to run our future? The DNA Dragon, or the sleeping serpent of the unconscious (Pictorial 1)? The dragon represents super-genome, super-AI, super-harvest, and guys like Hameroff (Tales of Faith 4) who are quite confident - and completely wrong. The two go together because, like the dragon, they are trapped in a logical maze which to them looks like reality. They have “the logic of the logical”, ego-lust unbridled. Dawkins is another of the ego-slime.

These guys can never get it into their (Cerberus) heads that life in its organic sense is an illogical rhythm, like a worm in the earth or a serpent of the soul, ever-turning this way and that, joining pleasure to reason through being (“thingness”). Maybe it constitutes a threat to their intellectual prowess? The word for that is hubris, and with hubris comes nemesis. Let me give you two quotes; one by Sir Philip Shadbolt, speaking for the AI future of “cradle to grave” syndrome; one by the Duchess of Northumberland speaking for the fringe elite in quirky communal life

"I have a saying in the garden written down on a stone: 'Only dead fish swim with the stream'. It sums up everything - go your own way."

“Cradle to grave” is typically clichéd, where they never go beyond the grave into the lifecycle of Man, the lifecycle of the seasons, of Persephone marrying Pluto. There are two totally opposite universes here. One is rule-based and run for comfort by AI. The other breaks rules and breaks conventions. It’s not that there are no rules – a castle is “rule-based architecture” – it’s that they are not bound by rules; they are figuratively expressive in their communal mode of living (epistemology). In this case the commune is a castle, but it could just as well be a Kentucky smalltown.

Gogol (Tales of Faith 9) writes about the protective comforts of twilit vistas in picturesque, communal settings, such as would an old Kentuckian, where there is gloom and where there is a degree of tedium; the dream of the universe is not hidden from the sight of Man. We are endlessly distracted from realizing that, without the dream, life is a type of nothingness. How is it that Big Male Beasts a la Darwin (eg Ek of Spotify) are blind to this sorry state of affairs? The answer has to be that they follow the empiricism of Bacon, and not the empiricism of sight, touch, feel – and like – commune and field (Tales of Faith 10.) That is, the empiricism that originates in the rhythms of the figure, and not in the hermetic justifications of the mind.

This has all sorts of consequences (CH3) A traditional commune has “the logic of the illogical” (Pictorial 2) just as the athletic human body does (I used the example previously that in old NY tenements residents would sleep on fire-escapes on hot nights CH5). The founder of medicine, Hippocrates, treated the body as a unit of interconnected parts, same as the Chinese did (TCM). The logic is therefore tied to balance and proportion – typically Greek 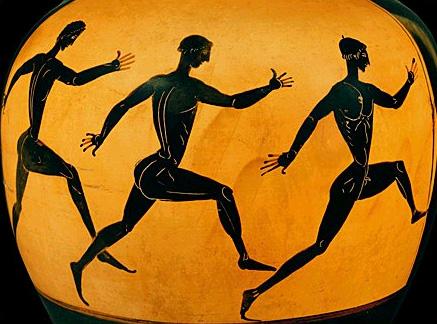 What we find in modern medicine is “the logic of the logical”, so there’s a continual tracking towards a (mad) cybergenome future. This is so in all branches of life where things get more logical and less communal; the logic of the empiricism of Bacon. “They” say this is the evidence; yes, in a parallel reality that has no real origin, that is hypothetical. That is the justification for wrecking the communal elegance of yesteryear (art-deco skyscrapers), for coming-up with stunts like Viagra instead of vision and religiosity that sustain through meaning and power.

If you take the trouble to really listen with your soul and with your ears - and I say soul and ears because the mind must work, but not too much (Maria Callas)

Classical art lives in the sublime primitivism of the moment, and Callas is one of the greatest. The breath, the exhalation, the impeccable timing (see also Bruce Lee CH9) This is ancient empiricism that has “thingness” – sight, sense, presence – and is therefore true to the meaning of the human figure, and the power of a vision.

Without the moment, Man is fact alone (ie DNA); a type of nothingness of mental capacity. The bright light of fact I’ve compared to the myth of Icarus (Tales of Faith 6), the ego-lust of the fire-dragon. Facts are addictive; a parallel reality, a flatland of diminishing returns (vanishing point). The man who lives in the moment, the adventure-lusterer, can be sombre like Howard’s heroes and have the berserker spirit of ancient lineage that is the inheritance of the unconscious of Man, atavistic yearnings.

Spirit cannot survive the calculating mind that is elsewhere. This has happened to Eurovision, which used to be a relatively parochial affair of nation-states and has now become a generic smorgasbord of cy-performers of..

Nightclub music that seems to cater exclusively to drunk men in red tracksuits is composed precisely so that it will sell in every country in Europe and thus is specific to none. (Tim Stanley DT)

The generic, the neutral, the cy-born – the consequences of an empiricism that has no “Thingness”, that is no-thing – circle back round to Artemis, twin sister of Apollo, whose lunar resonance adds lustre to Apollo’s radiance, and a sense of presence in the universe. The moment, the ecliptic, the empiricism of nature is sustained by Artemis so it cannot wander – like Icarus – into the eye of the sun, falling to an ignoble death.

Artemis, the huntress, melancholy heiress of blood and bane. No more fitting priestess, then, for the American classicism of Weird Tales, nor for Howard’s grim heroes waging endless adventures from sea to shining sea. These themes occurred to me as I picked-up an old Dr Strange comic, #41 (1981) with a plot by Bill Kunkel. A parallel reality where Rome never died has conquered space and is aiming to invade ours at a nexus called the Black Oracle. Only Strange and Clea can prevent it. 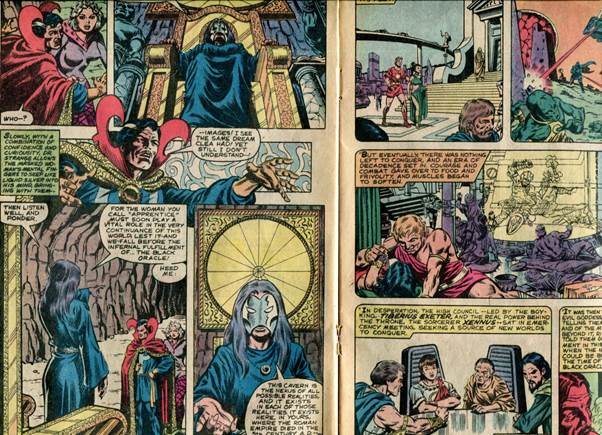 These Roman robots must have new conquests or they become listless. Such is the logic of all conquests, as bethought by Howard; and such is the freedom of the “natural man”, or free-companion (Tales of Faith 3 Pictorial 11) to challenge ungodly order. Dr Strange happens to be my favorite series, as it is such a maze of contradictions. For a start, creator Ditko is a Randian (ultra-rationalist) who is most at home in a universe of bizarre illusions! Strange, the former medicine man, must renounce his profession to penetrate the dim dimensions that threaten ours.

Ditko is so good at depicting his moral steadfastness amongst shades and shadows.. 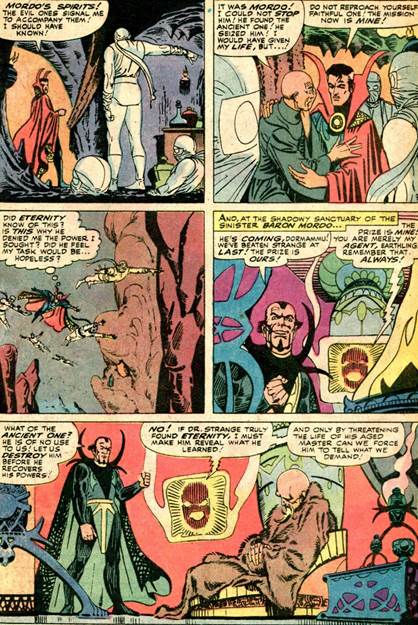 .. in an illogical world, the logical, trained mind can work wonders. That’s the secret of Dr Strange and it’s a classical concept. It’s only in a logical world that logic becomes mad and a vanishing point of nothingness (Cosmic Curmudgeon) Steve’s circular arguments in Mr A speak for themselves so no comment. His peerless Dr Strange speaks to Eternity and will live forever.