Hi, it’s me again, back from the “old me” of scientific knowhow (sailed over a car on a bike, hit head and my consciousness changed, possibly why I write “string-of-consciousness”, to quote Deuce). It’s not that I’m anti-tech; the idea of broadband on the moon and interplanetary is a convenience. It’s the dominion of tech that has to end.

Life is a balance, and faith an impregnable moral force. “They” are killing us with government; to some extent we are all experimental specimens like astronaut Scott Kelly. What I say is we need protection from government forces, and the gods will protect us. “They” are trying to seduce us into straight-line evolution with AI as its end-product. Even if you believe evolution exists there is something more fundamental, which is being (Hyborian Bridge 2.)

Being is the trispiral that connects life to death. Belief is an impregnable moral force that connects us to being. We, as individuals, can revive church and state as it was in the old days. The commune that is self-governing and where spirit is a circular commodity. We attach culture to symbols and ceremonies, rituals and realities and actions.

We will not surrender to ego-lust, and call on the old gods, on Christian morality, to sustain us on our path.  If you go back to “The Human Hourglass” (Pictorial 13) there are 2 futures. One is a parallel reality of ever-more sameness; the other is a vertical culture of differences. The psychic world of belief and the warrior of physique (action). In space, the hourglass can be turned back to build a vertical, tiered reality of cultural complexity (Starstruck, the Vale of Tiers).

As the instigator of this project I suggest a branch of Christianity that veers towards the wild side, patron-saint Mary Magdalene. Magdalene in some eyes has been traduced by established tradition; she could almost be the Weird Tales aspect that has been overlooked for centuries. 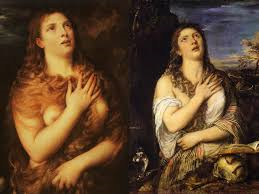 We are our own masters and because of this we serve our own gods and pray to Mary Magdalene to give us strength to fight for what is right in the universe of men and women, plants and animals. Dryads will balance precariously on the irrigation channels. Pipes will chant.

The Earth-culture has become male and weak, whereas Putin and Trump think themselves strong, the truth is they are gradually morphing into cy

I am not claiming that the two men are equally culpable.. (simply).. they no longer care what the outside world thinks of them or their governments.. they will risk any degree of ignominy .. America First faces Russia Re-born (Janet Daley, DT)

What she says is they are becoming the same. Putin may be the more dire one, but that’s not counting the NRA! Cy is by definition not truth, it’s a maze of imbalance where one man’s fact is another man’s fiction (“Weak”, as Trump would tweet.) That “strength” is profound weakness and the death of psyche. On the space-station, sprightly types are revived by the female guardian. Diana will run with the hounds on the dark side of Earth, Proserpine and Daphne will breath the mists of spring and children will be born to run in their footsteps. 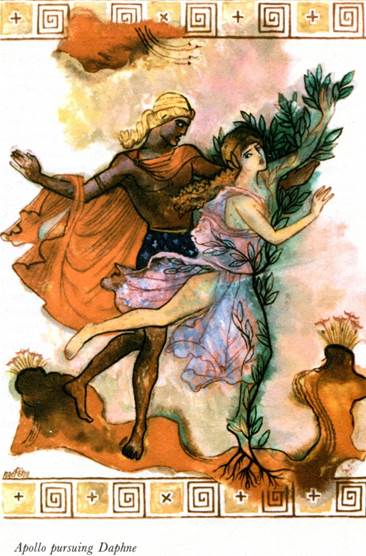 Apollo chasing Daphne of the laurel, bound to the vine for all of time

The footsteps of the old gods, the spirit of rebirth. That is our faith and so our universe is one of balance and fortune, not an imbalance of fact and fiction. In our universe psychic strength exists and therefore one can believe in soothsayers and almanacs. Belief is all it takes; non-believers are looking in the wrong place for meaning; the maze of reason, the geometry of atoms, CERN. Facts which give rise to parallel realities galore.

What is fact, what is fiction? Look beyond and you see that life is a delicate balancing act; Apollo chases Daphne but she does not relent, instead she metamorphoses into laurel, the symbol of fertility. The deities are ever-promiscuous and must guard their treasures (medieval dragon)

Meaning, atoms are the geometrical universe, not the psychic one. There are two different universes. One is factual; the other is delicately balanced and one can often find classical allusions to attach meaning. The classical world, as I keep saying, is one of hunches and portents. Another quote from The Armor of Light, a veritable Almanac of Elizabethan folklore

..for ye have the money, the which I lost, and that was taken from and conveyed out of my bouchett, for ye have I as shewed me by a soothsayer. London Diocesian record, 1510 (page 195)

All this was satirised by Ben Jonson (The Alchemist), another of the Elizabethan characters. 50 years on, Francis Bacon laid the foundations of empirical science, and decisions of verifiable proof/fact, that inevitably leads to a world (ours) that is half fact and half fiction. That reality is cy, one of imbalance. The human body is effortlessly balanced (see Pictorial 1)

The human psyche must have faith to restore a world of fortune, not one of psychotic reason and ego-lust. I was rewatching Silent Running and realized Dern’s rebellion stemmed from the commercialization of space-flights – exactly what’s happening now. Materialism seems to give a false sense of security and contentment. Dern is one of the least content individuals, and you could see it as a type of naïve idealism. Between Valley Forge’s idealism and straight-line materialism lies a middle-ground. The powers that be have lost their place in the sun; the season is now one of rebellion.

Three of my favorite films start with a hunch that something is wrong. In They Live! it’s when Piper dons the sunglasses (Tales of Faith 2.) In A Boy and His Dog it’s when Vic goes to the underground town of Topeka and is put on a stud farm. In Silent Running it’s the commercialization of the space-fleet. You could add Ghost world which is full of digs at conventional commerce, Seymour’s nostalgia-fetishism.

“Do you think it’s healthy,” he asks Enid, “for a grown man to obsessively collect mouldy mementos?” One could easily see these films as being a bit unfair or one-sided since what is wrong with commerce? Wasn’t Venice a commercial city-state? The films exaggerate things that are hard to put into words; the constant sloganeering; the contentment and lack of rebellion; the psychotic-sex.

I remember reading a Dan Dare strip where Dan had landed his spaceship and was watching a game of cricket. After a while he scratches his head; “Cripes! The umpire played seven balls that over..” The upshot is they are not Earthmen but aliens masquerading. When you have a hunch something is wrong, it could be everything is wrong, and you are in a parallel reality!

That’s why I’ve been trying to pinpoint what parallel reality is. It’s one where decisions are based on verifiable facts and there are no hunches, no soothsayers, no stargazing. All these things operate in a psychic universe, one where all things must balance. The human body is effortlessly poised (see Pictorial 1) and filled with Dionysian urges – as in Melissa Scott’s Elizabethan epic

..her breasts only partially veiled by a lace kerchief tucked into the front of her bodice..the coral edge of a nipple.. (Anne of Denmark, wife of James VI, page 239)

The ribaldry continues as the body-centric tone is a carried into language, with epithets like, “God’s blood,” “Christ’s balls” etc. That sort of language is reminiscent of Howard, as in this segment on sorcery

Simple words, stark and pure. The proper answer to malice and maleficia: a charm to restore balance (page 214)

As with Howard, evil sorcery is seen to be ego-lust and imbalance of natural forces (CH4). If everything in the modern world is imbalanced, this makes people uneasy. It’s difficult to articulate, but it’s a sense of psychic weakness

On the BBC they recently had  a remake of Kenneth Clark’s 1970s opus Civilization, called Civilizations. It was all very jolly, but they – Mary Beard and 2 others – couldn’t seem to define what civilization was. Presumably it’s something that’s sort of advanced but, actually, its roots are in primitive faith. The savage and sacred shrines to rivers – Nile, Euphrates, Tigris, Yangtze, Ganges.

Clark was a classical scholar and the balance between primitive lust and sophistication is a classical ideal. We exist now in non-life, non-death where everything is one and everything is fact – or fiction. This is cy, and to all intents we are now on planet Mars, the planet of eternal war and mutant brains, of expert facts, ego-lust and the death of psyche.

It’s a planet where everything is fact and nothing is hunch, sentiment, a feeling of well-being and harmony, a portent, an ill-omen, a curse, bad blood, good versus evil. What “they” tend to say is that type of world is irrational – right. Belief. Here’s Melissa Scott/Barnett on the Reformation which seemingly swept aside Catholic superstition.

“..wizardry, what you will..the Catholics can..deal with it. They have always..met it on its own terms..while we condemn. In gaining the greater truth, I think we’ve lost the trick of..some earthly things.. we have decreed that a church is a building still and only – and haven’t we robbed it of its benign influence?” (page 283)

This can be taken much further in a world of pure fact (ours), where facts are much more bizarre than our leaders realize. Edgar Allan Poe’s Murder in the Rue Morgue illustrates this when the villain turns out to be a swinging 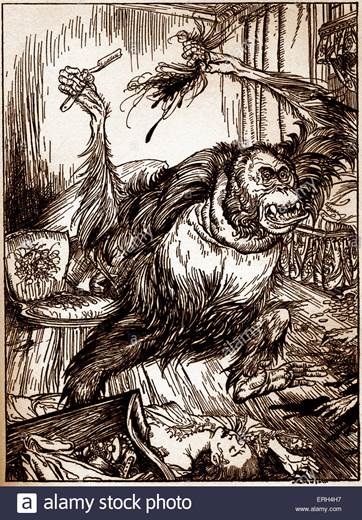 A world of facts hides a veritable universe of bizarre psychosis – how else to explain “Trumputin”? Trapped in their world of fact they snarl like mini-Hitlers; if they accessed their feminine side they might appreciate the “fact” that Dern in Silent Running is going into the faerie woods where nymphs flit and the wildness of the night brings in Diana running with hounds a-baying.

No world of proof but one of hunch and superstition. While “they” bang on about CERN, the real world that the church ordained as God’s own is hidden behind a morass of fact and fiction. The world of being that is still detectable in the relics of Roman grandeur and Greek glory (Hyborian Bridge 2) 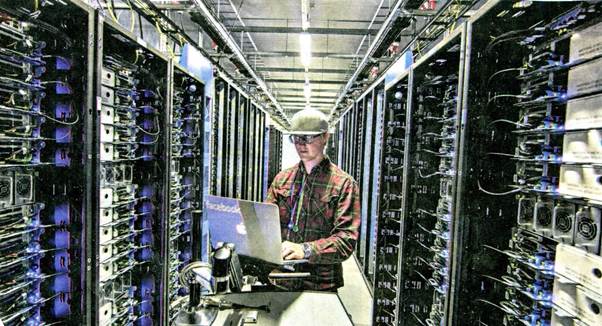 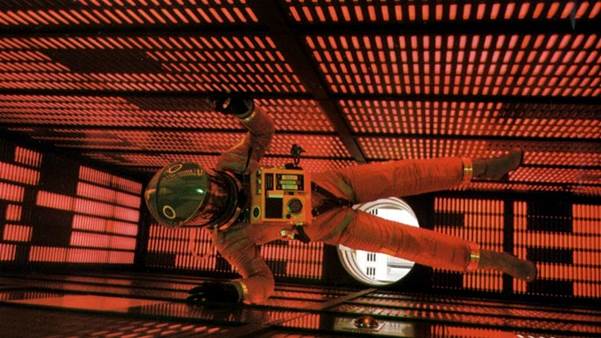 ..almost a direct quote from the expostulating Dern in Silent Running! They always sing the same song, the Martian head syndrome that everything is all right if we’re all the same. Toqueville delineates the 2 Big Things - genome and AI (you guessed?) – put together into an electric-green cyber-future (Amazon Homes that diagnose in real-time).

Why should one be impressed that AI could do this? As CC Beck says, a plane flies because that’s what it’s supposed to do (Cosmic Curmudgeon 2) AI can solve the cube root of pi but it can’t solve the meaning of life. For that you have to bring in an awareness of death and dispense with all the false optimism. Now we’re in the world of faith, of regeneration and renewal – Diana and her hounds a-baying in twilit vistas.

There are 2 different futures; one is mere existence – non-life, non-death, non-being – a factor in algorithmic complexity. The other is meaning (figures in a landscape Weird 12), power (Cathedrals) and being (Rome Hyborian Bridge 2). One is an alternate reality of reason applied to pleasure (“effect”); the other is psyche, the physique in action. That future has adventure, introspection, a source of spiritual power.