The prophecies of Rachel, verse 180

“Look at that! Arrows arcing through the air, the demons hovering with raised shields.. how many hit? Too far to see, we’ll know when the demons land. Lady Brigitte, you’re looking cool as a cucumber in your wimple and bonnet. Are you feeling it?”

“Of course! It’s a fine day for hawking.”

“Yes, but nothing – rien has happened over the past week of medieval exercises.”

Brigitte released her hawk and dropped the bow looped over her shoulder. Reaching for an arrow she cried, “Hai!” and fired one straight up. The hawk climbed after it and, as it slowed, caught it in its claws and glided back to Brigitte’s gauntlet, who took the arrow.

“This is what I love about medieval war-games, Coral. The.. dynamic is so natural. We French say “au naturel” not just for women’s hair and deportement.. the fiddling, the dancing, the l’air frais.. tres frais!”

“It’s a nice party trick, Lady Brigitte! As for war “au naturel”, how does it prepare you for the bloodshed that will be unleashed in the event the slitherers make their move?”

“Blood? This is what hawks are for! They chase, they kill, they bring back the prey.. snake, vole, rabbit.. even fox. Come, Izabel.”

“And there she goes with her

It probably would have pleased Howard that women in medieval times did go hunting, hair bound tightly in cauls, even if not generally warriors. It would certainly have been no news to CL Moore and her doughty heroine Jirel of Joiry.

If it comes to that, it would have been no news to Betty Grable in The Beautiful Blonde of Bashful Bend (Pictorial 5, 13) from the 50s. Basically, a “natural society” has predators and has prey, because it is a natural cycle. Hence, medieval societies would be no different in that respect to Roman or Greek antecedents. The ladies would go hawking; the pack would pursue deer through the forests; the kill would be celebrated on lute and lyre.

This goes back to Storm and “the joy of the kill” (pictorial 32) the act of skilful performance that puts food on the table. The society that is graceful, playful, chivalrous and courtly is the dynamic of the chase, the pursuit. I mean, that is the most primitive dynamic in nature; you could go back to the Jurassic and see exactly the same, the body in motion, lithe, graceful, terrible, slithering.

Any society of that type – medieval, Roman, Hyborian, Greek – is the product of ACTUAL processes, not thought processes. Because our society is made up of acolytes who worship the s-s who said, “time is an illusion”, we live in thought-processes. For the same reason, the socity is very convincing because the heads we see are looking at reflections of reality (elec)

The same applies to the guys at CERN looking at their monitors (Tales of Faith 11) of solar energy, or the Dow-Jones guys whose screens are delivering marketing facts

It’s bound to be convincing because all reflections are (Pictorial 27). All it tells you is that we live in a world of the head and not the body. Not night (moon), not predator-prey, not the dark underground forces, not blood, not rebirth, not spring and not the cold of winter.

They all follow, in some sense, the theories of the supreme-sorcerer, basically their egos become inculcated by “facts” that flicker on a screen. To them the “facts” are real, and not the hawk in the field carrying a grass snake for their young. They are the tentacular Martians in human guise and to that extent all the same. The facts they perceive are reflections – not the reality of death, blood, slaughter, the everlasting predator-prey cycles that rejuvenate and let in gaiety to the world.

You’ve only got to look at Merkel’s successor, “Mini-Merkel”.. 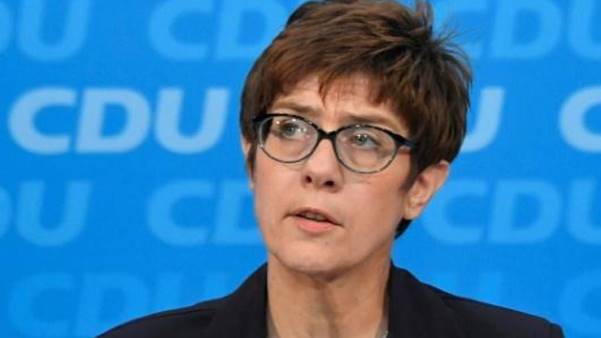 ..what her eyes reflect are charts of figures that mesh with her thought-processes, hence these types have the capacity to convince within their reflective reality.

What’s missing are the ACTUAL processes of living things that hunt prey, that kill or are killed, that die and decay and add luster to the land. 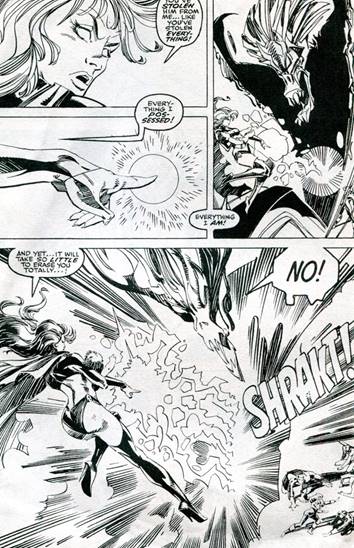 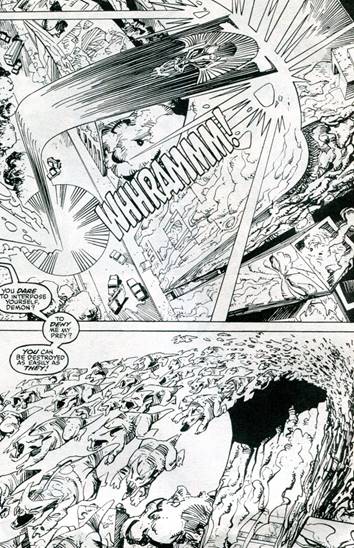 Are mainstream comics a reactionary force against the nothingness of modernity? I mean, look at those pages for a fantastic dynamic! Things are moving, man, with purpose and lust, deadly threatening but also joyful, intoxicating (“The best of life is but intoxication”, Byron).

Classical societies revel in this primitive dynamic of lifedeath, predator-prey because it’s real, not a reflection of a reflection in a politician’s eyeball. It’s the eternal cycle of giving back to the land its strength and ushering in gaiety, abandon, the god of the vine. 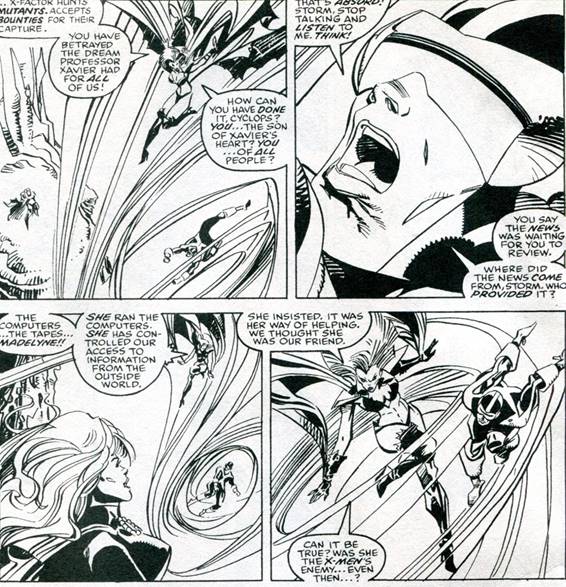 Another page from Louise Simonson’s X-Factor has Cyclops, still reeling from Cameron Hodge’s betrayal, realize Storm is talking in riddles and that the finger of blame points to Madelyne who “controlled the computers.” Do you see where this is heading?

Mini-Merkel and the Martians are convincing because they are reflections; their eyes reflect the charts of facts they are looking at, and you can see it in the photo of M-M. The world they live in is one of reflections that go in their eyes and into the brain (electrochemical impulses). The electrical system bypasses the body, which is essentially muscular physique.

The body is powerful and capable of athletic acts, proof positive of its realness. This latter world is the reality of the cowboy rolling along on slim hips and leaping into the saddle; of the Indian hunter-athlete; and of course of Hyboria. The difference between the worlds is the difference between life and death. To a reflection, things exist as “facts” (that are also fictions) - not as the physical reality of life and death. This reality is melancholy but has the strength of Dionsyian gaiety, the lack of thought, the abandon to physical lusts that you could say is life and love