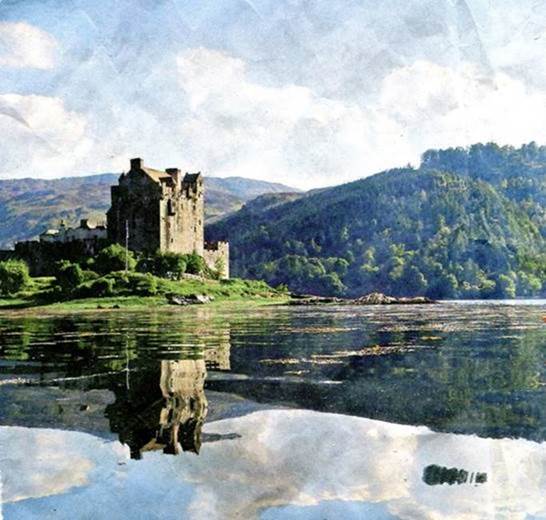 If you think back to photography on celluloid, you may recall the snaps were stored in negative image form? The chemical magic of the darkroom then transformed them by developing the equivalent prints.

In other words, a negative image (reflection) is 100% identical to reality, only excepting that it has no physical substance (Hyborian Bridge 24). It’s the surface of a lake, or the pinhole of a camera obscura. Since a reflection has no physical substance, you can safely say it’s a relative image, one having no continuity in time (sequence of events, as in a comic book).

In other words, a relative image has no connection with anything to do with action – anything to do with the body. Running, the chase, hunting and the kill, blood sacrifice - Diana bounding easy and freeborn over places of power on planet Earth, hounds baying at the moon. The entire culture of the body in ancient Egypt and Greece or Biblical times.

Magdalene remembered when the people smiled and had been looser looser
than they'd been since the day young Jesus died public execution enhanced
by levitation fancy mutilation for 2.000 years of time

Artemis, you may recall, is the moon-spawned goddess of the hunt, twin sister of Apollo (sun god) – Tales of Faith 9 BWS print.. We live in the real world (?) where you do see rippling reflections and all that, but also see the chase, hunting, the kill, blood sacrifice and so on. All that is actually reality. The Apollonian Greek statues are a vision of idealism or an aspiration.

Now, if we suddenly start living in a hygienically-controlled world where all the images are ultra-sharp resolution, then everything would be a reflection - and relative to light. The question is, is that relativity of light the same as Einstein’s (SR)?

You have to ask yourself, what is a reflection? It’s an inverse image where you’re in the relative world of light; ie. where the movement you see is IN the medium of light NOT in reality.

Now, I’ve been communing with Vincent and here is a fascinating quote

This is why Einstein said: "Since the mathematicians have invaded the theory of relativity, I do not understand it myself anymore.”

Why? Because his original aether model – whereby aether is the medium light travels in – was excluded. What is aether? I wish I knew; all you can say is it tallies with Vincent’s website (UVS) that there is a primordial substance. This substance cannot be logical (or it wouldn’t be primordial) but must have a shape. UVS favors spirals (vortices).

What this means is that math is not reality though it may be fantasy. IE nothing in reality is ever 100% math. That quote basically favors aether.

Once aether is taken out of the equation then, yes, everything can be math – in a fantasy world. It cannot be reality – according to Albert. I therefore have to change what I said to the extent that it’s the acolytes who are the ego-freaks, not the supreme-sorcerer himself (who becomes the figurehead for weaklings).

Because light is a technological medium, the acolytes want this to be reality and not something primordial. This makes it a logical system, even though there are fundamental contradictions implicit in a logical basis to reality.

Our bodies are proportionate and have an internal logic, but a logical system cannot be proportionate. It’s an ego-trap of the acolytes who invade what they call “Einsteinian space” whereby the math is inside a reflection that is very convincing (light).

CERN is not a literal reflection but a mathematical reflection in fantasy-space. It is an ego-trap or weakness that the acolytes invade, of convincing facts that are actually fantasies.

This is where I’m supposed to say “but I’m no expert” and the argument collapses like a house of cards. Ah yes but you forget Vincent IS, and on Hyborian Bridge 45 is quoted as saying (2nd quote down) time-dilation is for engineering purposes only.

Everything takes place in a hygienically engineered space (CERN) that has no physical substance AND SO is able to achieve a state of relativity – EXACTLY like a reflection (this seems to have some connection to CC Beck’s  Cosmic Curmudgeon.)

The point I’ve been making all along is we don’t live in a hermetic world where pinhole cameras are creating ultra-sharp resolution images onscreen and everything is hygienically controlled. That would be pure geometry – see comment at end of quote Hyborian Bridge 25.

By the same token, nothing would be action – the body – acting under its own imperative in streetwise or countrified situations (Motown, Lil Abner etc.) Nothing would be absolute, with its own rhythm and sense of graceful place. But, the absolute is meaning and power (Motown); figures in a landscape (Weird 11 “The Enchantment”); places of power (Mosaic Law Tales of Faith 10). What “they” are selling is a relative world that is very convincing and electromagnetic. In other words, it is a reflection, not the real thing – and also confusing or farcical (Hyborian Bridge 47)

What CERN is doing by pursuing relativity is simply sowing confusion, and the silicon crowd are following in their wake with a hygienic world of reflection. We are not reflections, we are real people with histories. Relativity breeds weakness that is outside of the primeval rhythms of nature. Every place and every society of strength is absolute, by definition. There is a continuity of tradition. If you go back to the virelai and ballades of Lescurel – Alternates 4 – it’s easy to compare with Motown!

Virelai are a sort of narrative ambient pop, albeit for courtiers rather than streetwise blacks. The strong rhythms, intimate voices, gentle instrumental melodies I guess are more laid back as the pace of living was easier. They’re different but at least they’re not the same grey nothingness of modern keyboard pop, which is what a relative state grows into. 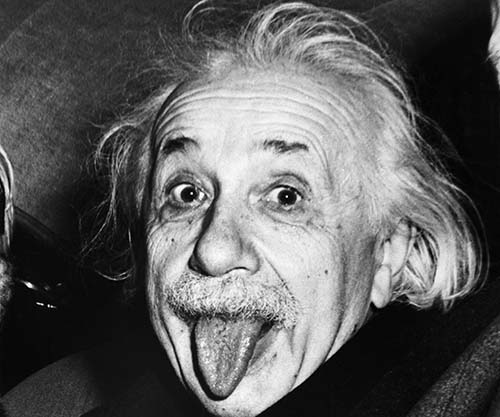 The prophecies of Rachel, verse 202.

NEXT: “Long-tongue” erupts from the geometrical calm of CERN on the shores of lake Geneva, which is actually a disguised cairn for storing the DNA-sequence of the supreme-sorcerer on a supreme photon-AI. The serpent-men – previously the European establishment – must now fight to the death with no holds barred. Can Moshe, Rachel and the Transylvanians, under the lord of Hyborian Hosts, prevail? Only time will tell..

(Since corresponding with Vincent, it’s become clear Einstein is just the figurehead for what “they” call Einsteinian space, which is a fantasy world of weaklings (it's like Richard Dawkins promoting Darwin when he means his egocentric DNA obsessions.)Hence, the plot will have to include this element. My apologies to Albert)