This might be a good time to express the pitfalls as I see them of hyperbolic narrative. Awhile ago I quoted Grant Morrison in Supergods (Hyborian Bridge 4)

Our universe is one of many, grown inside some unimaginable amniotic hypertime. It may even all be hologram, projected onto a flat mega-membrane.. I understood that we were all holographic sections of something invisible to me in its entirety.. These lattices, I knew, were the input and output of pure information. There was time and space, but these were lower dimensions, useful for creating worlds in the same way that comic artists drew living worlds on paper. (pages 113, 273)

On “The Mindscape of Alan Moore” he has a very similar blasé reference to“information theory underpinning the nature of reality”, paraphrasing as I’ve lost the disc. Again, the preface to vol 5 of Jack Katz’ The First Kingdom has

A society so sophisticated they created the life force and tried to lengthen their own lives by introducing into their bloodstreams the memory sera which they used to animate cyborgs.

In his intro to the same volume, Burne Hogarth makes reference to the Nietzschean superman, in the same breath as espousing the triumph of love and life over the vile ones. Dark forces are abroad in the universe – of that we can agree – yet it’s clear all three creators are unfailingly optimistic that technological advance is a sort of magic that always works.

“The Antichrist is the person that will be at the head of the world wide web controlling all of humanity. That means that the structure itself poses a danger. There shouldn't be a single centre, at least not in the foreseeable future, if we don't want to bring on the apocalypse." (DT, head of Russian Orthodox)

The idea that Man’s creation –technology – can be the villain or the anti-Christ would not occur to them because they see it as morally neutral. Only humans are evil, not technology. I find that attitude too pat and blasé; you don’t have to be paranoid to trace devious and confusing forces of cyborgian capital permeating our world. What is considered human is being distorted by nefarious forces.

What I found readingX-Men:Inferno continuity was that both Claremont and Louise seem to be similarly cynical. That attitude has a realism that seems absent in such grand fantasies as The First Kingdom or Watchmen. 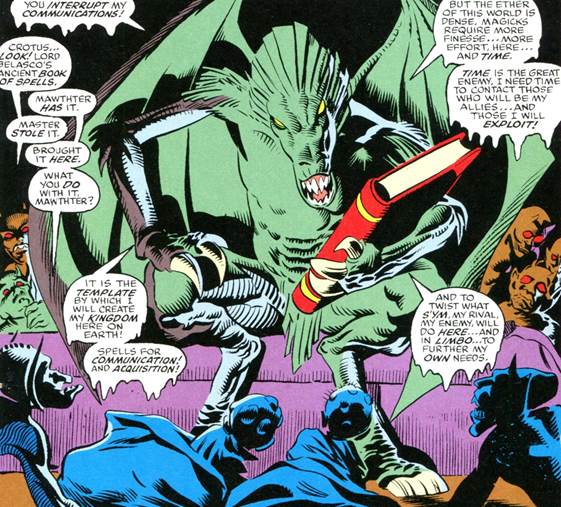 Louise puts here into the mouth of N’Astirh the devious traits of capital asset management. In N’Astirh’s case the acquisition is of thirteen infants of power – including Scott’s son Nathan Christopher, who features in the subsequent Goblin Queen denoument. Can we be sure, though, that advertising does not contain psychological ploys to entice children and even steal their souls with black technology? I leave that open as I guess you get the point. 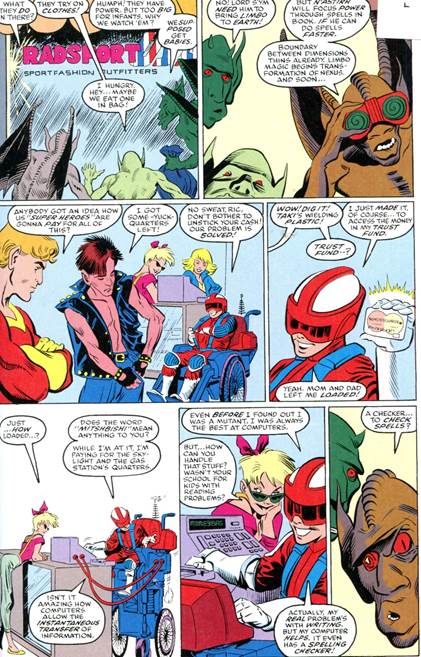 How much more technological can you get? Photon-AI would be the quickest processer ever built. Now, how do you prove these nefarious forces do exist, outside of comic books? As Taki says 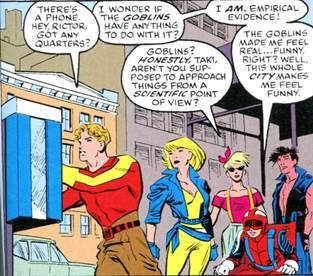 The nefarious ones are spawn of a relative universe of fast processers and weak psyches.. Strength is of people and place, self-government of a devil-may-care variety, be it a fish-market or the NY subway.

I tend to make intermittent remarks on the NYC of old (Bardot Harlem), and that two things are happening in any place at any one time. One is logic, the other is proportion (“White Rabbit”); one is planning, and one is free expression.

This is the way things always work BECAUSE they are absolute. There are primordial rhythms – call it aether – that are reality. They can be planned away – and then you are in a fantasy of weaklings of the ego.

Should we be conCERNed? Yes. Starting with NY, these quotes might make you sit up and think.

Lower Manhattan was at its seedy and most inhospitable worst. “There were bums: they weren’t dangerous, but they were depressing … It wasn’t safe at night. You’d be looking over your shoulder.”

“The thing I hated about seeing it go,” says Amanda, Maisel’s 25-year-old daughter, “is that [the bank] was one of those pieces of New York you just don’t see anymore. It’s so messy and it doesn’t make sense. The city used to be filled with those weird aberrations, and now, and especially in this neighbourhood, it’s not.” (Jay Maisel and daughter, DT) 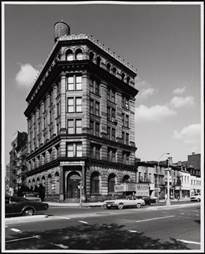 The reality circa 1970 the Maisels speak of was one of proportionate freedom; present day reality is one of total planning because “they” all follow the pseudo logic that everything can be engineered. This flies in the face of reality which is that proportionate movement of bodies in spaces fills a milieu with ambient grace and power. They don’t like it because it also lets in the seedier side of life. 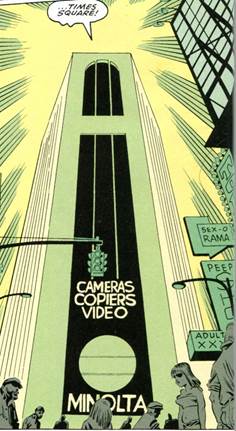 Louise has Times Square as a focus of “negative energy” – makes it interesting, though!

“Their” future of total-engineering has no room for the body that is self-governing because that gives it power. Maisel’s ramshackle property was chilly, draughty..

The lift dated from when the Germania Bank opened in 1898 and broke regularly. There were nearly 500 light bulbs to replace. It was cold, “like a cave” in winter; boiling in the summer. Maisel, a real-life Caractacus Potts, rigged up make-do air conditioning with giant plastic tubing

To cold-blooded acolytes of the false Apollo who are attracted to electromagnetic reflections, this would fill their puny heads with dread – dread of freedom and expressive power.

Our bodies have an internal logic BECAUSE they are proportionate and free. This goes right back to the city-state – see Hyborian Bridge 19 20 for BWS’s renditions of Makkalet. The city is both monumental and squalid. Dirt is a form of rugged power, an expression of freedom from domination by the mind, of proportionate strength in action on the streets and in the parks.

Exactly the same applies to Motown, and the freedom is on full display in a 1976 interview on Diana Ross CD. Like Harlan Ellison (What Killed the Dinosaurs), she agrees

“Anything that holds your attention dominates you”, and avers

All this is 100% counter to modernity BECAUSE the proportionate body is no longer in control of its destiny. I mean continuity, chronology of events (Pictorial 37) Modern children have no continuity of development; events have no chronology. To Ross, she has to be “free and open and loose enough” to perform or she is inhibited, constrained, repressed.

“Their” future is total-engineering of head to electromagnetic contraption. There are two universes; one is of the head and is essentially faux logic (Musk and Co, the false Apollo). The other is the proportionate body with its own internal logic and ABSOLUTE POWER

AIN’T NOTHING BUT A MAYBE 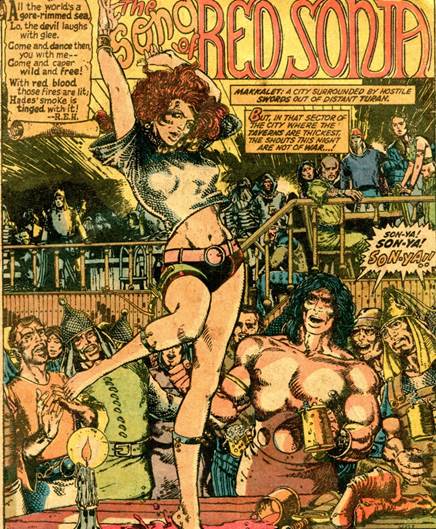