How is it possible that we could be living in an illusion that is so convincing to the mind? For that very reason: we live inside our egos as opposed to the real, physical substance of planet Earth

The ego isn't exactly fooled by numbers but finds them convincing and satisfying. Sorcerers since Galileo have made use if this facility, so that the universe switches from an organism to a machine.

"Switch" is right, since a machine is either on or off. A computer consists of ones and zeros, whereas an organism consists of physical substance, that's the difference.

Physical substance is strength, and strength is action. Human culture is demonstrated by the athletic body. Abstract thought always comes after the fact; what the sorcerers gave done is switch this around so that we now live in illusion.

A convincing illusion attaches to the head via smart-machines. I'm not saying it's not a perfect Copt, just that it's weak and passive. Reality has to be strong if it's active. Patrick Woodroffe's covers to Piers Anthony's Fight Circle trilogy (prev) capture that feeling.. 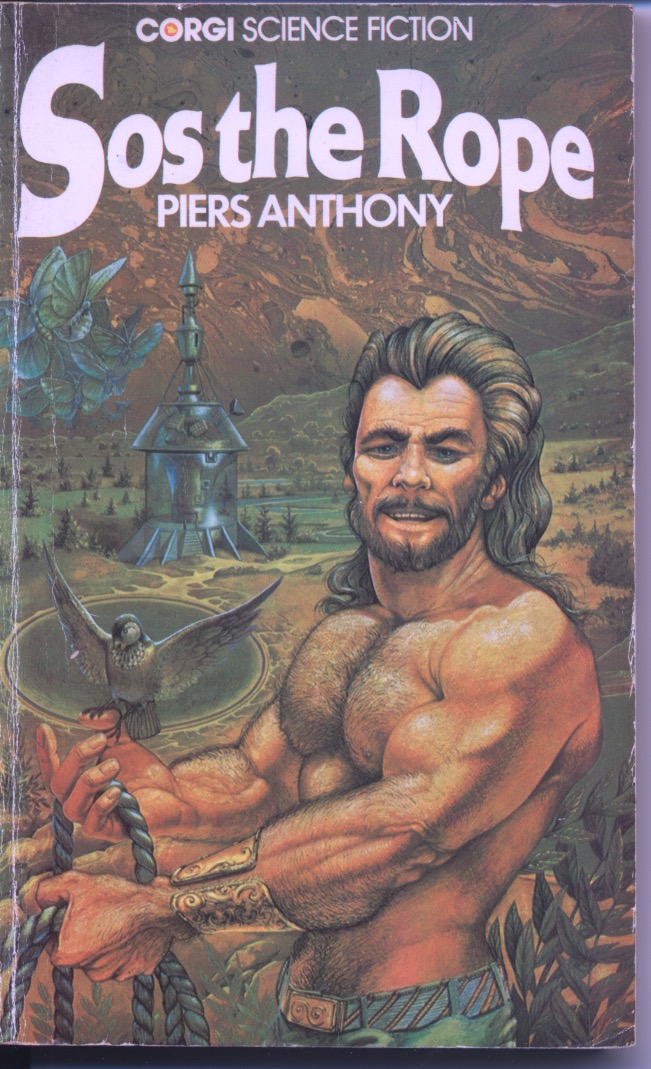 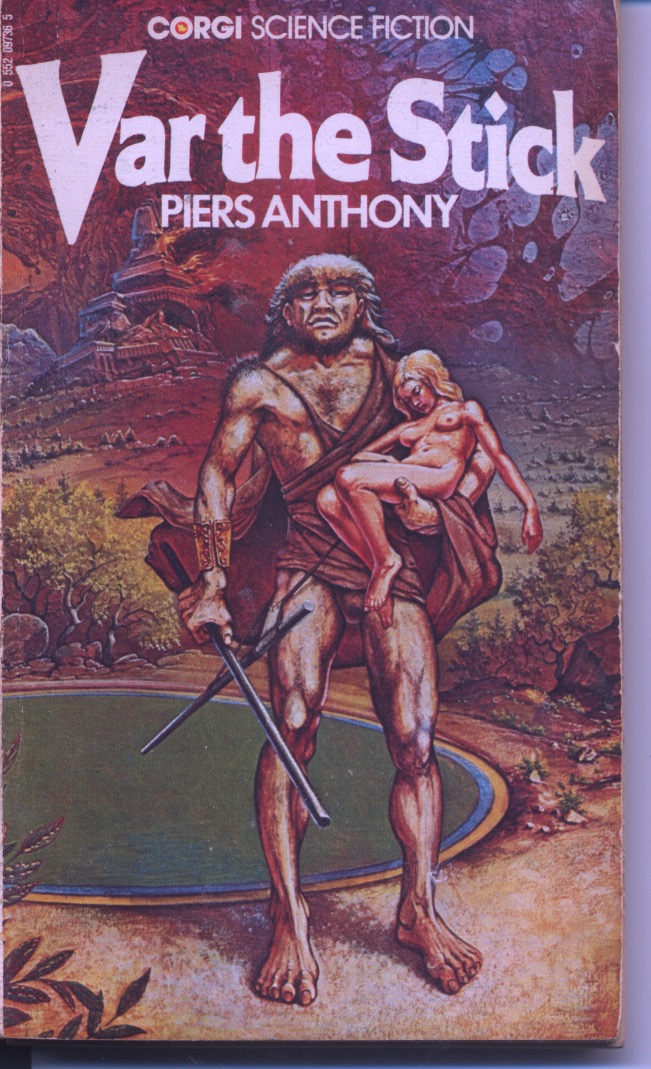 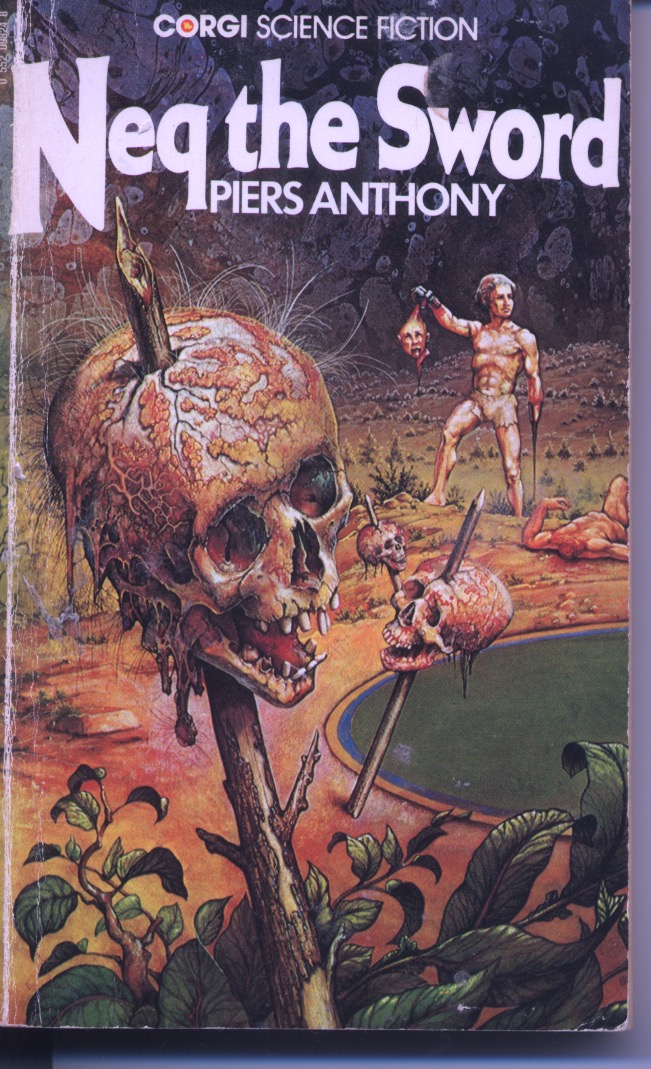 An active society has a natural foundation that is made of leaves and birds, and here the tufts of sedge and marshland plants that speak of insect life darting on dotted pools.

Strength is in the hunt and blood, as it is in forever decaying plants (prev). Without that physical reality things become very abstract and weak, it's as simple as that. Destiny is a cyclical process and from it emanates psyche

If Woofroffe's pictures have a physical aspect, the reason is something like that. Destiny derives from the weaving contours; the psyche from the physique; life and death from blood.

The simplicity that has need lost to mad minds of acolytes is quite often seen in low-budget films and particularly Republic adventure serials such as Haunted Harbor (prev). As Jean-Luc Godard has often remarked, films are moving pictures (not words), and there is a sense in which you're watching "pure action".

For a start, there's practically no humor stall! The lines are delivered very straight. When Richmond and Aldridge sail to the misbegotten harbor and a sea-serpent rears its head, Aldridge helpfully points out " A sea-serpent!"

These things seem to work because the exclamations are action -driven; it's primal and basic, almost like an animal hunting. There is plenty of atmosphere in the settings, as mentioned previously, and these two things - action and atmosphere - initiate a strong sense of physical style.

Here there are cars and boats and planes and very much the same is true of Nyoka's galloping horses. From the physical atmosphere and style, one gets a sense of psychic content that is simple and pure, more or less good versus evil.

The fact there is no humor makes the evil very believable. What I'm really saying is that the physical reality (style) is unthinking; it has things like rhythm and grace. A donkey has it in spades.. 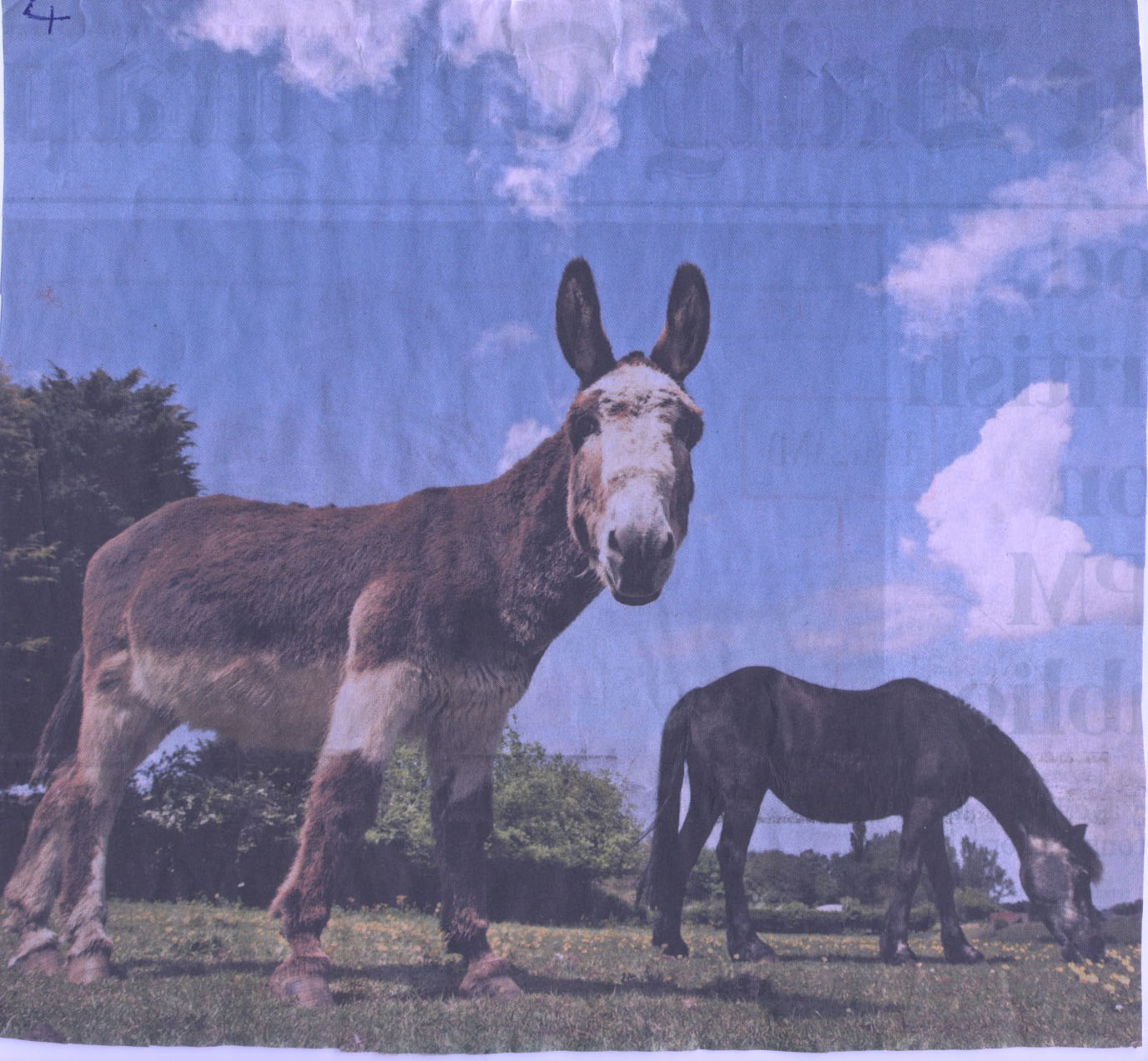 In other words, the physical style (reality) is the one which the sorcerers cannot know since it is not of the mind; it's unthinking reality.

In a social situation this reality can manifest. One example is the Havana Social Club and the strong street style of Cuban musicians.

From social spontaneity comes psyche (see Latin self-government, prev.) The sorcerers have switched this round so that the head (of acolytes) plans for the movements of the body, rather than the body moving in social situations (see Harlem, prev.)

Their world is driven by words instead of action, and words are persuasive to the ego. Words can become numbers, and numbers are the expressive algorithm (prev.)

The trouble with the world numbers is that you end up with ones and zeros, or something that can be switched on and off. The machine replaces the organism.

This us what "they" want, since the machine is aimed at a sterile order, of heads attached to expressive algorithms. Whether it's a Japanese animated face (prev) or

As the Republic serials demonstrate, the universe is more of a physical reality (style) that manifests psychic content. A physical reality or style us not something that can be thought through; it's a product of grace and poise. The action hero and heroine are self-reliant and cannot be told by "them" what to do or be. Take 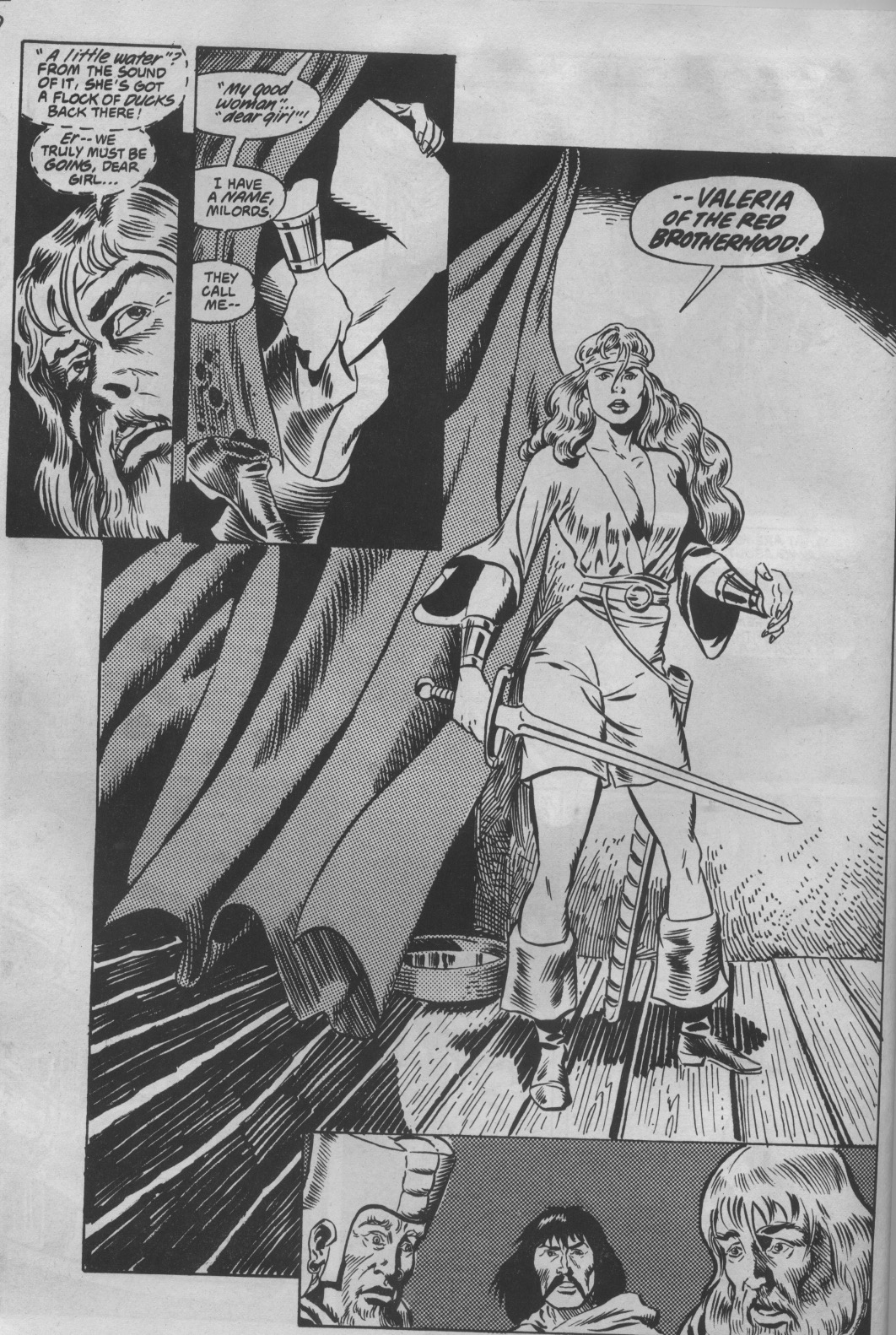 As has been mentioned before, comics are exceptionally good at continuity since the way they work is by artistic linework (if characters) that has sequences. However fanciful the events, one can always follow the sequence.

In that way, comics are the opposite tendency to a technology of parallel lines (sun) which always approaches the vanishing point (see "speed"). The  vanishing point (or perspective) is a tendency to leave the physical substance and replace it with a mathematical model.

In other word, straight lines are intrinsically mathematical and prone to expressive algorithms (as in Pixel animations). What this means is that a technology of straight lines (sun or light) has a tendency to replace physical reality by algorithms, aimed at the head as opposed to the body.

This algorithmic reality is sterile and cannot revive from decay. It has no psychic destiny; it's a type of rubbish, forever new.

This may explain why Darwin is popular in a straight line order, since both have a tendency to the vanishing point (of technique). This is all just another word for the expressive algorithm composed of ones and zeros, and not if ohydi all substance.

It's persuasive to the ego but is physically and socially weak. Competition cannot operate effectively without an origin; the harmonic womb of blood and water; moon and planets.

That is, the physical. Without that, competition is simply a move toward the vanishing point (of technique, straight line perspective).