Jack Traylor, Kantner’s old mentor, actually wrote “Earth Mother”. Naïve folksiness often has a truth that escapes the serpentine ones – more on that later (Hyborian Bridge). First I just wanna make a general point about the Greek maxim, “Nothing to excess”. What I tend to think it applies to is that the search for universal truth is a dangerous game. All you’ll get is “a truth” without the balance and proportion that actually is archertypal. Naïve and folksy.

I never read ERB’s A Princess of Mars and saw this copy in Oxfam and, of course, realized I was reading the origin of fantasy pulps. 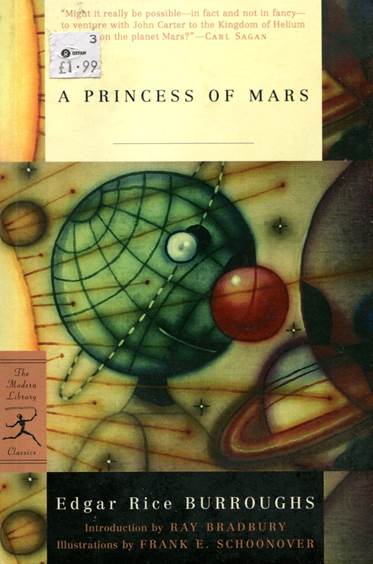 This track by Slick/Kantner also has a fantastically archetypal sound

So, it’s the idea the planets are influential bodies. I do believe this to be true but also that to try to make a science of it is a waste of time (an art). “There are more things in heaven, Horatio.” You could think of it as The Golden Ass syndrome (Pictorial 21) In some ways, A Princess of Mars, in its sublime romance, is going back to the time of Copernicus when the planets were wandering friends. Since then Man has chased truth (science) and ended up with “a truth”.

In politics this is called ideology, and America has historically been very suspicious of imported ideas

All property among the green Martians is owned in common by the community, except the personal weapons, ornaments and sleeping silks and furs of the individuals.. Their mating is a matter of community interest solely, and is directed without reference to natural selection.. In theory it may sound well, as is often the case with theories, but the result.. is shown in the cold, cruel creatures, and their gloomy, loveless, mirthless existence. (The Modern Library, page 77)

ERB seems here to be foreseeing the dangers of a communist society, the Thargs being ultra-disciplined scientific-breeders with no human warmth (save Sola). But, as Howard Chaykin says in American Flagg #4(Wild Horses) America was a land of solidarity in the original communes of the West.

Yes, but life consists of opposites. A commune is made up of individuals, and you could almost say there is no true individuality without the strength of a communal society. I mean, were cowboys individual or communal? They were equally both (the lawmakers were the individualists). It’s like ancient Greece is thought of as pioneering scientists, but equally they were pagans, worshippers of female oracles.

So, we are living in a society of “a truth”, but not the truth, which is much more archetypal. It cannot be proved, so it’s a belief. Nothing to excess. This is what I was trying to impress in Pictorial 22: “They” exist in the land of “a truth” which to them appears as the truth. So, their confidence and ego increase accordingly. The more right they think they are the more wrong in actuality they are. That is, the more excessive. 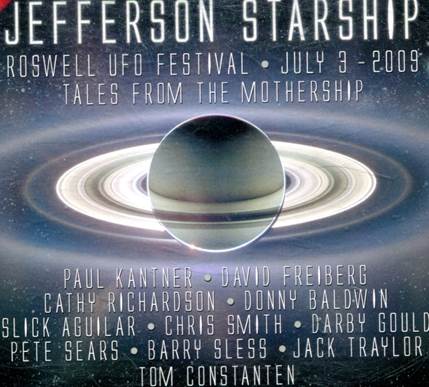 Traylor introduces the revolutionary anthem Flowers of the Night with, “Not that I recommend that”. The true revolution is in the Grace Slick lyric, “Feed your head”. One can do this with the pulps, the comics. Tales of heroes and heroines who are seemingly individualist yet hold an innate sense of duty to society. Where does that come from?

In A Princess of Mars it comes from pure death-defying passion. The hero and heroine have a psychic power that sustains them in their travails. What is it that sustains society? I think it’s an influx of psychic power. In Howard, the barbarian Kull conquers ancient Valusia to become a king of legend. Society has its pragmatic rules, its ancient customs and day-to-day trading routes, but that isn’t what it IS (“By This Axe I Rule”).

Commentators nowadays tend to use the mantra, “the economy, stupid” for whoever happens to be president – the inhuman worm of consum ption. They follow a logical train of thought which always leads to the same logical conclusion. But what if societies aren’t logical, what if they consist of opposites? I mean in every sense. No individual without society; no order without freedom; no cleanliness without dirt. These societies are not precise societies, because with precison onecannot have the idea of opposites (Apollo is order).

So, our societies are Apollonian but, as the ancient Greek knew, Apollo is not reality. Pulp societies are Dionysian and passionate, and so allow for opposites. That means they have reality – psyche and physique – in a fantasy context.

Our societies chase either order or freedom, but don’t seem to realize you need both. The NRA champion machines of destruction as individual freedom when it is actually a type of militaristic order. They have become Apollonian in mind (or what you could call cy). That’s what happens when a society cannot appreciate opposites. Our societies champion cleanliness (hygiene) and the individual but – see Pictorial 21 – that is not the same as empirical traditions of sanitation which rely on dirt (cowboys on the range; the nomadic Indian). Again, society cannot see that chasing order and hygiene is a figment, as the lifecycle is born of decay.

All they are chasing is an Apollonian emptiness of delusory reality (VR/AI). So, what appears to them real is completely unreal. The beauty of the pulps is they are born of passion, not of logical thought. If you think of BWS, he gradually introduced art-nouveau elements into his settings, the ornate and flowery alongside the savage and unruly. This opening to The Shadow of the Vulture in Conan 23 captures that 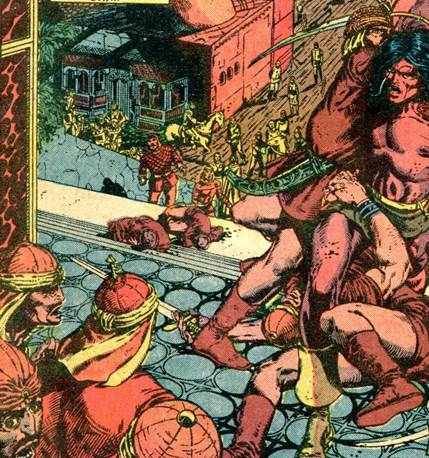 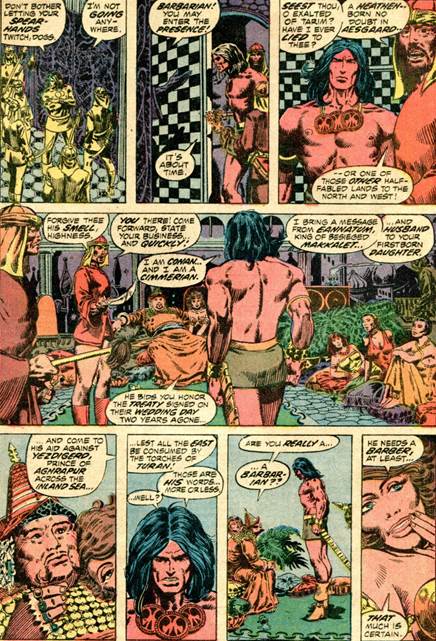 The basic point is none of the ancient (Hyborian) societies are pure order because that is death (Weird 8). They are organic, and that is reflected in the organic architecture. All organic societies have strong contrasts and there is no overriding, logical, ideological order.

Organic life is cyclical, and the symbolism of flowery art-nouveau is apparent (as a footnote, Rennie MacKintosh’s Glasgow School of Art was burned down during “renovation” recently; I think that’s the modern term for wrecking!) A lot of BWS’s prints are on a similar theme, and he has that sensibility in Conan, which I think is in tune with the Howard original. Passion is death-defying, and that is life. Passion can’t be invented; that’s what I’ve got against our modernday cabinets of hydra-headed serpent-forms from hell.

They don’t care about lifecycles or art-deco architecture or anything organic. They are detached heads already awaiting their cy master. In Hyboria they would be represented by the worshippers of Set, the wizard-priests of Stygia. They want an ordered world because that is the way they can run it; but it is the order of death, psychic weakness, psychotic ego-lust and Boring Companies that don’t take you to ERB’s Mars.