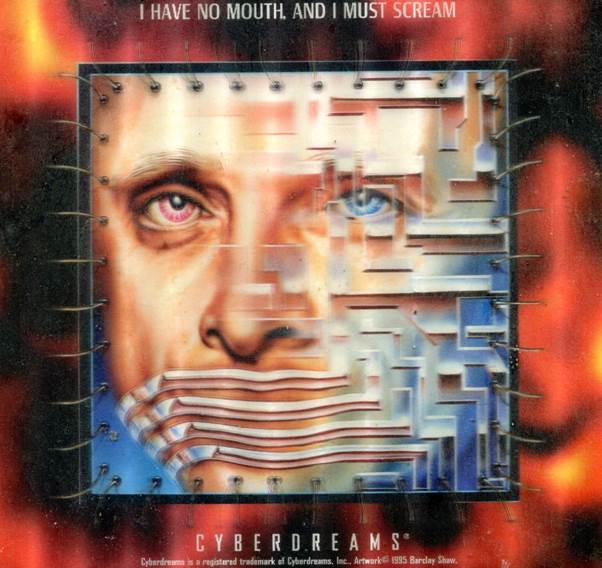 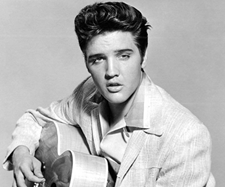 The noble brow that is proportionate to the rhythms of the body has the physical allure of a psychic feel. Genuine performance and action have to have this. The head is a psychic instrument and the attraction is palpable in Elvis, Liam Gallagher, fantasy sailor Corto Maltese (Alternates 4) and Harlan Ellison mousepad.

The introspective psyche of the man of action, which BWS brought with grace to Conan

So, how do you tell the genuine article from a very good copy? How is it that Ellison is not just some cyborg staring deathlessly out? Two guys I don’t much care for, Mark Millar (Style versus Realism) and Einstein, have perfectly pleasant heads - it’s called PR isn’t it? 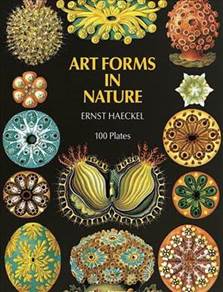 What I tend to think, then, is that a very good copy will look a lot like the real thing, and actually if anything be even more pleasant. Taking that as a reference, the dark, sombre types are more likely to be genuine (psyche), as with Ellison, the taciturn Gallagher etc. Politicians veer towards pleasantness, as with Putin, Macron etc. A pleasant head is more likely to be detached (from  the body) and attached to a machine, as you assume Putin’s is.

Yes, I know about Putin’s imagery; why is it I always think of photoshop? It’s unfair and life’s a bitch and now it’s time for some music, a graceful lament from Sandi Thom

I’m not sure about her, but it could be a lament for ramshackle frontier towns, rough-hewn and gay, with a loose aesthetic to die for, metaphorically or literally. Because, whatever else Putin &Co are, they are addicts of control and order and care nothing for freedom and grace.

To me, Nureyev is Russsian, the Romanovs and Rasputin, Gogol and the Kossacks, the old aristocracy and the cherry orchards (Pictorial 5.) There is a feel of perfection there that comes from balance and proportion. Perfection is always on the boundary of freedom and order, where the action lies, both head and body.

The throat, supple passageway to both, vibrates with lustre (Pictorial 1.) We all – probably even our masters – live in the perfect feel of balance and proportion, the labyrinth of our bodies. “They” lie with their heads to serve another master, slaves to the maze of ego. It’s a lie born of the head, born of conceit and giant ego and, like the ego, it fades on the autumn breeze.

Elon Musk is another quite pleasant head, and we all know about him. Mark Millar, meanwhile, is the brain behind the Marvel Studios Universe which, as far as I’m concerned, has no real moral dimension. The Avengers are properties of SHIELD, so the assumption is that organization per se is moral. I disagree.An individual is moral, an organisation is corrupt.

There are always checks-and-balances, but the best check is the free individual with an uncorruptable code of honour. I see the next movie is Captain Marvel, with Brie Larson as Carol Danvers (in the comics she gained Kree powers, becoming a hybrid entity.) Nevertheless, she is no Kree, and it’s difficult to see how the moral dimension can be established as it was in the Kree/Skrull war from Avengers #89-99 (Pictorial 3). The Avengers here are on the wrong side of the law for all the right reasons (loyalty, trust), and Nick Fury puts this in a nutshell. 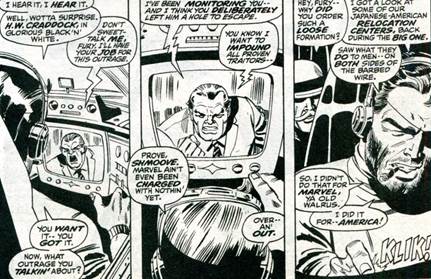 The question of lies and truth, appearance and reality crops up all the time. Captain Marvel is about to reveal the secret of the omni-wave to Carol Danvers, when 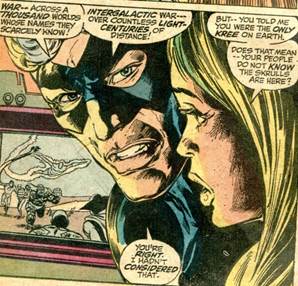 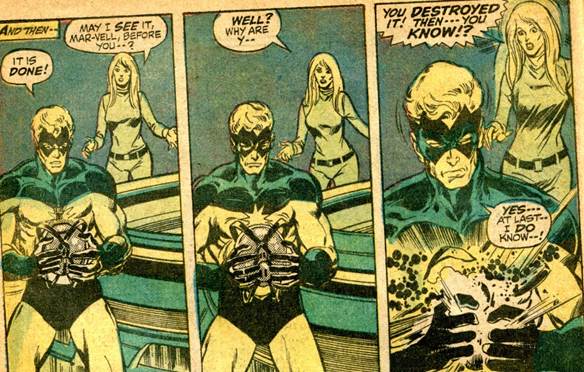 That’s a good illustration of the fact that appearances can lie, and the pleasanter the appearance the easier it is. The modern lie, as I tend to reiterate, is that we have a pleasant life that is well run and then we die. It’s what “they” call the material world, ie without spirits of the dead. You only get those intermittantly, as in the Mexican day of the dead.

What you could say is the material world, the world of precise order, is pleasant because it has no spirit. There is a basic tendency toward cyborg life, represented by our friend Elon Musk. Where there is a sombre feel there is going to be a spiritual dimension and, of course, one immediately thinks of Howard. The gloomy nocturnal breezes and rambling brooks of a hill-worn country. Howard’s land is the land of Darkwood, of rolling grassland, hill and tower, horse and rider, wolf and Man. The land of regenerative nature which inspires spirit.

Death and life, blood and rebirth, Clair Noto and Darkwood (“Red Lace”, Spenser’s Faerie Queene Aspects 3). Life without death is a folly born of a logical ego. This seems to be the difference between the labyrinth of a wood – earth and water – and the maze of the ego which cannot recognize opposites, that cannot conceive of blood-red symbolism that signifies rebirth, that cannot recognize melancholy and gaiety (Aspects 3).

Hyboria is the lost land of labyrinthine uncertainty where barbarian meets wizard, where freedom meets order and where the ego does not have dominion. The ego is a maze of facts which convince with their very rightness. That is, the rightness of a logical maze.

I said awhile back it’s like staring at the sun: it’s totally convincing but it’s not reality. The ego is attracted to convincing facts (Apollo). Einstein’s world is attractive because of its logical truth, but we don’t live in a logical maze. There are continual mirror images of logical truth that reinforce eachother (ie from Faraday’s invention of the solenoid or cylinder of electric coil), but that are all the same thing – electromagnetism or sun.

Logic is reinforcing, so that the verifiable proofs (of Special Relativity) are treated as reality. Yes, it is true for the sun (E=MC2). We live on Earth where the beasts run on the moors and blood calls to blood. We do not live in a world of pure logic but one of labyrinthine uncertainty, of rambling brooks and forest tracks.

It’s the ego-trap of a logical mind that sucks up all reality into a pleasant meaninglessness. Meaning derives from blood, rebirth, decay and regeneration, not from material reality. Simple to say, but in the absence of light is darkness – chlorophyll in leaves destroys light (Hyborian Bridge 13). Photosynthesis by trees destroys light and by suchlike means creates darkness and renewal.

This is what we see, the perfections of symmetry. We do not live in a world of light because that would be the sun. We live in half-light, twilight, blood, death, cyclical strands of destiny. Life borders order and it borders freedom; it is neither one nor the other, it is the swaying serpent of the unconscious (Pictorial 1).

It is the Homeric rhythms that are experienced through the aged troubadour, the eternal dawn that rises evermore over blue-red seas. The experience of time amid moody refrains of gold and blood is the very stuff of life and death, as in this quote from Queen of the Black Coast

AGAIN dawn tinged the ocean. A redder glow lit the river-mouth. Conan of Cimmeria leaned on his great sword upon the white beach, watching the Tigress swinging out on her last voyage. There was no light in his eyes that contemplated the glassy swells. Out of the rolling blue wastes all glory and wonder had gone. A fierce revulsion shook him as he gazed at the green surges that deepened into purple hazes of mystery.

Time, of course, isn’t logical so, on the one hand is animal action and cunning; on the other the ego of factoid death and inaction. There is an inevitability to modern physics which heads “into the heart of the raging sun” - death by factoid (Tales of Faith 11 X-Men 58, Sentinels)

The poetic experience of time is the reality that “they” cannot see, even though it is literally everything you see in the natural world; the framing symmetries, the fastidious proportions of ear, nose and throat of a goat 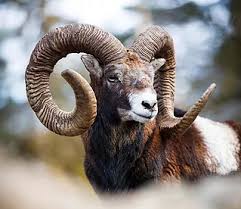 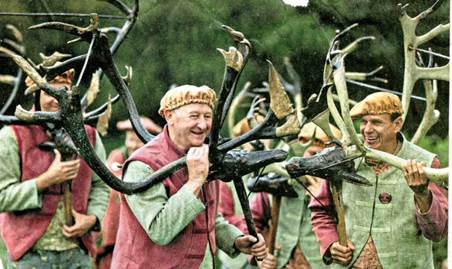 The ego is attracted to inevitability since there are verifiable proofs for which things are inevitable, as in the heart of the raging sun, the pure logic of pure energy, a pure ego-trap for the unwary. The hunter, the man and woman of action, skirt around such traps, for all things are proportionate. We experience living, we experience time, we don’t experience logic; this is the trap of inevitable proofs which forget about all that matters.

Logistics is now the modus operandus adopted by Amazon &Co because – you guessed it – it’s logical! As I tend to say, there is an inner logic of the illogical, a perfection of grace and rhythm where communal living is free and easy (CH5, Bardot)

The detached head – as is implied by I Have no Mouth, and I Must Scream – is already part of a machine and is dominated by it. The aim of the machine (electromagnetism or computers) is to manage the universe with a formula (the Amazon “head”). The only way to rationalise that is if the universe IS run by a formula – the ever-elusive grand equation “they” are searching for. In the heat of the sun it’s quite possible there is an inevitable order born of pure energy, but that’s not where we are. It’s a false quest born of ego leading to the false Apollo of order without action.