The prophecies of Rachel, verse 49. The cosmic entity has been hurt to his core, and has retired to the cold vastness of space to question if, in fact, time and space have a significance he has missed. All he sees are infinite distances interspeckled with the orbits of “wanderers” round pinpricks of light.

“How can the illusions of the ego not be better than the colossal emptiness of such regions of space and time?” The question reverberated as the celestial spheres slowly rolled by.

He also thought, “If one lives well in the ego, why should one need the concepts of infinity and eternity?” And, “Is it that the cosmic concepts have a reality that has not yet dawned on me?”

What is the city-state (in history and pre-history)? A non-political institution, with the polyglot atmosphere of CL Moore’s Martian tales; the Eagle Plaza when uncorrupted, and attached to primal nature on the wing; love and loss, memories and ghosts of the present.

A city-state is a place planted in time that achieves a perfect state – like a tree. BWS, as I’ve said a few times, in his 70s prints is forever wrestling with the notion of time circling, death and transfiguration – in a particular place (“The Enchantment”, or “Judgement of the Dead by the Living”, or “Something Ic Waes”.)

This is verboten by science, because it deals in perfection; a thing that is perfect in itself, that Man hunts and kills. Joy of the kill (Ororo, prev), simple graceful rhythms of natural forms in movement. From the very start science dealt in verifiable facts, which to some extent are all reflections of one another: one leads to another. All of them are imperfect because they dissect living form. So, what is perfection?

It has to be the entirety of all the movements of all the atoms and galaxies taken together, at one time. This is the very thing science cannot see since it deals in verifiable facts! At the ultimate extent, the supreme sorcerer resolves verifiable facts (Relativity). This theory reflects the fact that we live in a world of reflections, and not of perfection – which is the microcosm – the city-state.

The sun is energy; energy that creates ultra-convincing reflections with no physical substance (Pictorial 27). Reflections do not exist in time and space, they are imperfect. It is axiomatic of science that things are imperfect and have entropy (Storm, prev.)

The way out of that conundrum is not to aim for verifiable facts (which are imperfect), but to aim for perfection in a place. Communal self-government. An ideal example is the Yiddish shtetl – the market towns that existed from the Carpathians to mitteleuropa until the Nazis. I came across the photohistorical records of Roman Vishniac, curated by Maya Benton 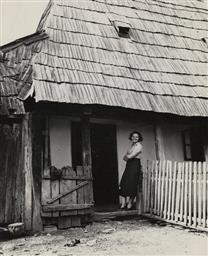 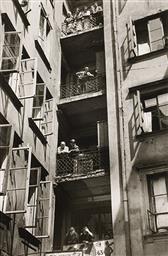 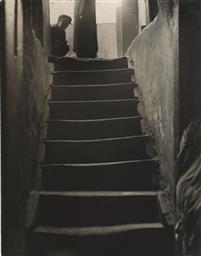 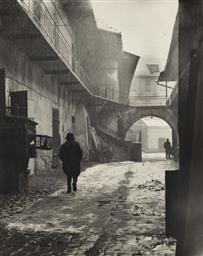 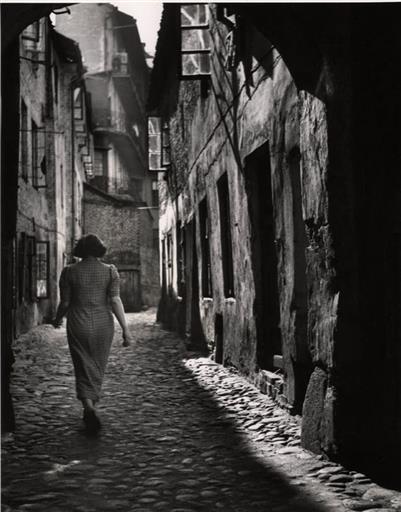 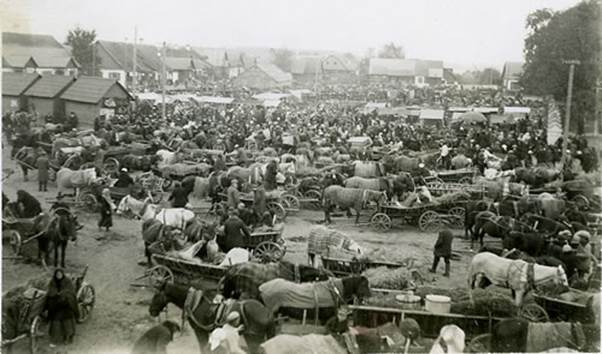 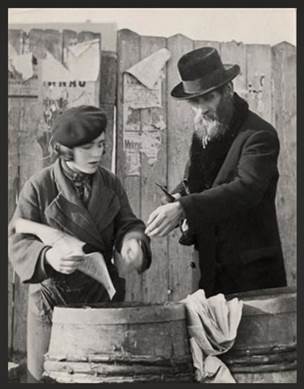 What I read is that they were often polyglot settlements even if predominantly Jewish, something like trading thoroughfares, where buildings, people and trades come together in one settlement. If you read the link to The Tablet there is a false-nostalgia of the ancestral shtetl as unsophisticated, hidebound. I don’t think this is a particularly Jewish vision: it’s a modern misinterpretation of perfection as backwardness.

Perfection is not order; it is a balance – figurative and cosmic – a microcosm. What you see is not poverty as the modern world understands it; it is life as lived in the round, the fields, livestock, the cellars, alleyways, mountains, forests, streams.

The ambience, the light and shade, experience and not mere existence. Perfection, not order, body and soul, physical labour. What our dear leaders never see in their delusion is that we moderns live in a world of the sun – of pure order, pure ego. The equation for that is E=MC2 .. The entire European project is an exercise in finding order that only exists in the ego of the politician/sorcerer-scientist (making CERN a good symbol).

To see what I mean, apply that equation to a shtetl.. thus, the mass (M) of a shtetl is equivalent to the energy (E) of its inhabitants, and proportionate to the speed of light (C) squared.

Obviously, that doesn’t figure since a shtetl doesn’t consist of mass and energy (or light since it can be shadow). It consists of time and space; it is a microcosm under the heavens above.

There are two universes: one is ordered; one is perfection. There is no relation between the two. We can’t see that partly owing to the total dominion of the supreme sorcerer. All Einstein’s equations hark back to a fundamental principle of science, namely entropy (prev.) I’m not saying there’s anything sinister in this; the supreme sorcerer can’t suddenly change the rules of the game, it’s all perfectly logical!

Mass and energy are entropic since they tend towards chaos (that’s what energy is). Perfection doesn’t, so it is not entropic, existing as it does in time and place. Now, you can keep asking “what is perfection?” and I can keep replying it’s balance and proportion – not order. Order is just the other side of the coin to chaos (an atom bomb is electromagnetic order).

The universe of the shtetl is what we have to get back to. It’s nothing to do with poverty, let alone any conspiracy – it’s a universe of physical perfection in time and place, one where entropy is not axiomatic.

It’s non-political but communal; trading and agrarian and, actually, very much like Hyboria minus the sorcery. It’s Russia without Putin but with the Romanovs. It’s an America where cowboys again ride into the sunset, glorious in their rude raiments and pounding hooves, kin to the Indians on their playful ponies.