The prophecies of Rachel, verse 75.

“Mon dieux, it IS a serpent-head!”

Faced with the reptilian truth, Rachel was truly perplexed and beckoned to the entity, whispering furtively.

“Geez, I thought those guys were fantasists.. now what? Do we throw our lot in with them?”

The entity, by contrast, was totally decisive.

“It’s like a dream, Rachel. That’s what happened when the ebony one took us – we became part of his reality, the dream of Hyboria. As I discovered in space, though, dreams can become reality.”

“Hmm.. and reality can be just illusion?”

“Hey, that’s good, that’s very good!” the entity grinned, and they started laughing and fooling around.

“No time for that now,” urged Moshe, strictly, “Come on, we’ve to pile up a pyramidal pyre and burn the slitherers.”

Later, round the ceremonial fire, with flames and smoke blowing all around in a picturesque nightime scene,

“The whole of reality can be an illusion – cough – but some things – cough – aren’t illusions.”~

“Anything that affects you directly,” added the entity. “But “C” and “S” – light squared – isn’t a thing. It’s light - which is a reflection.”

If you recall from Hyborian Bridge 33, the so-called ancient and hidebound ways of the shtetl is probably just the way modern Man views past perfection; a place with a long history that is established in time and space, and not politically. So it’s much more akin to the city-state of yore – or even Hyboria.

Because they were a natural implant on foreign soil, the shtetls had to be established by strength, which meant a degree of distrust and isolation. In the Middle-Ages, though, the same thing applied to city-states like Florence and Venice who were isolated and predatory.

Nowadays we’re supposed to think everything’s hunky-dory in Europe and Israel; to quote the goat from Wizards of the Black Sun, “Never again venture into places that DO NOT EXIST.. It generally proves MOST DANGEROUS”. To Sonja, the acolytes of the Black Sun in the city that was “only an illusion.. a GRAND one.”

Is it the case that our so-called pacificity is based on an illusion.. a GRAND one? Previous civilizations and empires were predatory, which is supposed to be “bad”. However, by trying to come out of the predator-prey thing, Man is entering an illusory world.

Even anti-Semitism seems the same as ever was in Europe even with the state of Israel. I have to take a reactionary line here that, in actual fact, the stereotyping of people with characteristic attributes is natural. To quote CC Beck (And God Created)

I’ve often said when we used stereotypes if you went into a hockshop there was always a Jew behind the counter.. Went into a bank, there’s an old conservative guy with a Hoover collar, he wasn’t sitting there in blue jeans and a T-shirt. And you knew where you were and you could go to the next panel and show a typical farmer with a straw hanging out of his mouth and bare feet..”

If it’s natural for people to be isolated then anti-Semitic language is also natural; Jewish traders in Amsterdam historically had a reputation for tough dealing, with strong commercial connections overseas in the Levant. Deceitful, devious, cheating.. these are just words. What is unnatural is for the head to exist outside of nature’s strength – the predator-prey cycle. Such heads are forever turning inwards in an impotent circle of psychic weakness.

If the head exists in an illusory world, nothing is real (fact becomes fiction) and that includes the seeming pacificity of Europe and Israel. This illusion has been around Europe for awhile since it is rule by ideology that abandons the contrasts and cycles of decay that govern natural forces. Enlightenment rules are just the other side of the equation to Nazi ones.

This goes way back to Mozart’s The Magic Flute – see Hyborian Bridge 27 (at end). At the end of the opera the stage lights up with solar power, sort of signifying the Enlightenment spirit of hope for the future (18th century). The Queen of the Night is defeated. The end-result of the Enlightenment is where we are – the “financial photon”, the wormdollar, AI and light – all of which are reflections of electricity, from Faraday-Relativity (see prev.) Our leaders are serpent-heads and the way to tell is by way of contrast.

To the serpent-head, everything is an act of self-control and nothing is free-expression. This is the very antithesis of classical order which expresses freedom in architecture with wide boulevards and neoclassical facades. A moral sense of citizenship, whether you take Washington DC or Paris, the same is true. The current occupants of Washington or the Elysee Palace are reptiles, merely with a human form, whose heads are concerned solely with image and order.

In Trump’s case it is costing everything to the last dollar irrespective of moral; in Macron’s it is starving the genial town mayors of funds and ordering a European army. The self-controlled head has the attributes of a robot, a mimicry or reflection of reality. Since everything it does is a reflection, it’s very difficult to prove it’s serpentine and not human – ie it’s very convincing. The head looks up and strikes a pose – seemingly effortless but actually a mimicry of countless others.

However, some things can’t be mimicked, and that’s the animal sense of awareness 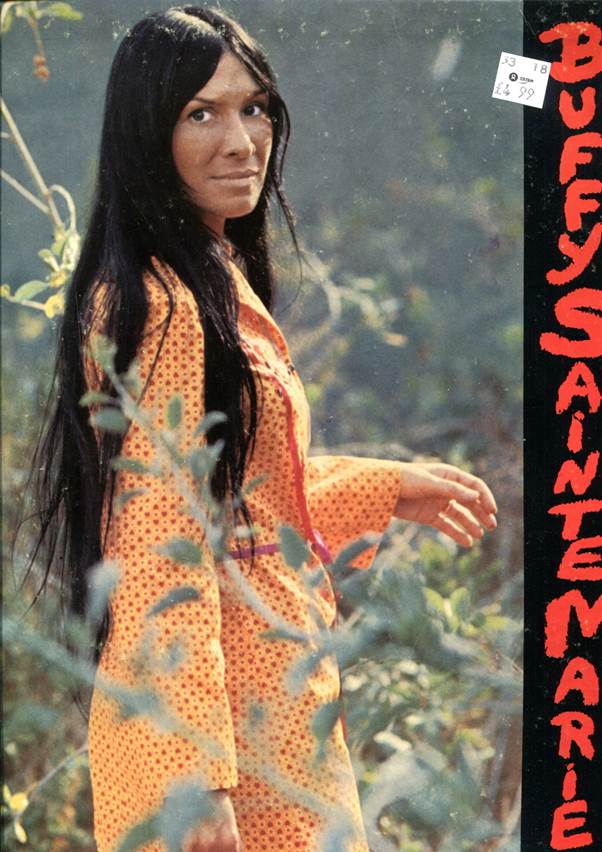 On her album cover Buffy Saint-Marie is alert as an antelope, her gaze outward-going and spoiling for a fight. Her motions are song-bound and supple. She is prancing in the rosebuds, as her lyric goes.

The casual sense of living is not thoughtful, it’s free of thought, but thought flows from the sense of freedom. This is also the goat’s warning to Red Sonja in Wizards of the Black Sun (Pictorial 34). Places that are illusions are entered through the head, not the body. Sonja, on her steed, is tied to natural rhythms and, as she says, “No ale, no sausage, no soft featherbed.. as living goes, it’s not a bad life, even so.”

The prophecies of Rachel, verse 85.

“So that’s how they got into the future – a wormhole?”

They were back with Moshe on the hill of Hyborian hosts, along with a throng of shtetlans who were repairing the dilapidated bridge.

“Yes, but wormholes don’t exist, they’re just illusions of Einsteinian space – which doesn’t exist either. The way you get into one illusion is through another.”

“And we’re gonna do the same?”

“We’re going to try, Rachel. Ah – here come our ebony friends!” pointing in the direction of the setting sun. Sure enough, flying dots appeared that grew into the heroic stature of the winged demons, who slowed and performed an aerial salute, before starting to fly round the hill in an anticlockwise direction.

“The dark forces have to manifest as the sun disappears and the moon appears directly opposite. As you know, the moon reflects the sun, but it is a ghostly reflection and, on certain nights such as this one, the power to reflect is transferred by means of certain rites in certain places at certain times.”

“It’s ok, Rachel, it’s perfectly clear” (that was the entity), “We’re in a dream, that is real, and become ghosts so as to appear in another time through an illusory wormhole by means of a primordial ritual that is as pulsatingly rhythmic as.. uh.. Marvel comics.”

“That I get!” Rachel sighed, much reassured. She had been literally reading them the past week from the shtetlan rebels’ archives. “I’m Storm, you’re Forge, and Moshe is Claremont.”

“Yeah, the reality of comics can never be illusory because it’s read as a sequence. You are literally reading reality, and what you are reading could be an illusion – as in Forge’s aerie – or a dream – but it is never a lie, never a mere reflection.”

“A reflection that looks real but has no continuity or sequence,” added Moshe, “only image and information – the solar nothingness of Long-tongue.”

THE VORTEX OF MOONLIGHT ILLO – by Elena due soon