Having dipped into Soren Kierkegaard, the root of faith for the 19th century Dane seems to be doubt, extending almost to absurdity (of the God-man). Faith conquers doubt with inner strength.

19th century science – of which we are the heirs – is scepticism, another word for doubt. That doubt must always remain in order to be disproved by science. What that means is doubt is never conquered; it must remain as the standard for comparison.

The further “they” advance, the more doubt holds sway as the facts multiply. I think the reason for this is that facts are inherently doubtful. Are they “true facts” or “false facts” – or fantasies as in CERN?

How do we know facts aren’t fantasies? Because “they” tell us so. Facts are a type of weakness, susceptible to domination. Faith is strength and that alone makes it superior. Any ancient city-state – of Hyboria – has faith in themselves and their reality. That is, in their “thingness” – Tales of Faith 9 Artemis – their gods and goddesses, their idols, their ceremonial drumbeats (Rome Vestals Hyborian Bridge 18) and their horses hoofbeats.

All is “thingness” – reality in all its aspects; monumental and sordid, social reason and revelry, statesman and cavalier disdain, Apollo and Dionysus. To give a good idea of what I mean by “thingness” here’s a Diana Ross track in her “streetwise sister” persona, paying dues to the commune she hails from, as opposed to her “love goddess” persona

If there are two aspects to things, how are you gonna discover what is there? This is the paradox at the heart of aether since, as Einstein says

To deny the ether is ultimately to assume that empty space has no physical qualities whatever. (prev)

How is it possible that we can arrive at a mathematically satisfactory situation where there is no primordial physical substance? In his speech, he is pondering this, and it’s still unresolved today!

What the scientists will not tend to do is ever admit a fact can be paradoxical or – basically – fiction. A fact can be just appearance – but not real. What is appearance? The sun, Apollo. But the sun also reflects, so how do you tell a reflection from the real thing? The only sure way is having a primal physical substance, since a reflection has no substance.

“They” have no way of telling what is real and what is reflection. It’s all spin (pun intended). Now, following my pursuit of Kierkegaard, I came across this 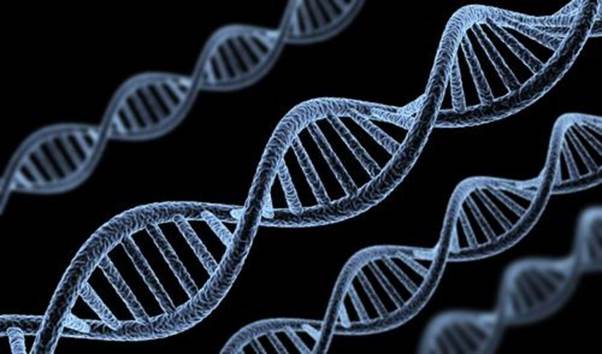 Again, this is untrue. Unless DNA is coupled with a primeval reality, it is just a fact which can have no meaning attached to it. How, in Kierkegaard’s sense, can we have meaning that doesn’t include the fact that DNA exists?

So, for meaning to have meaning, you don’t need facts, you need primeval physical reality. BECAUSE, in a relative universe, facts can be reflections and not real physical things.

That seems to be why we live in a world of the head (electrochemical impulses) and not the body (physical proportions and strength). The sorcerer versus the warrior. The head deals in facts, and here we intersect again with Kierkegaard.

According to his “Paradox”, the belief in Christ – the God-man – is a paradox. The “facts” are hard to credit. But facts aren’t reality, facts are appearance. The reality is elemental, deep and mysterious.

So, again we get to the question of what is reality? Why is Howard’s fantasy writing so rich with poetic colour and musical cadences of sight and sound? He’s not writing about fact, so what is he writing about? Clearly about elemental reality, raw and undistilled like marshland or prairie pasture. 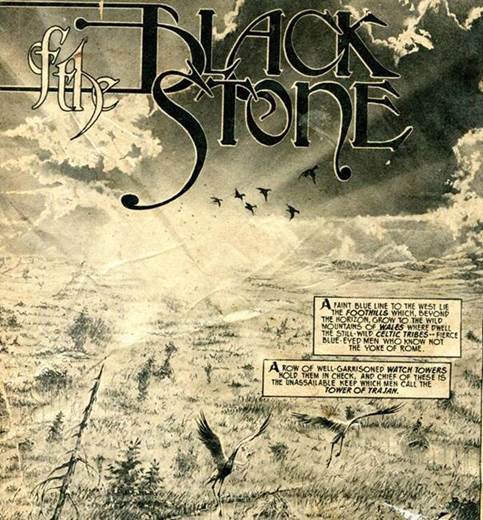 The insinuation is that that reality is poetic, melodic, simple yet subtle. So, where does that come from? If there are two aspects to things, we may not know for sure. One is fact (relative reflection or sun) and the other is elemental and primordial (moon). The paradox of reality is that two different things can be there at any one time, and that is not susceptible to science (Greek, Phoebus Apollo – see BWS print Tales of Faith 9.

Where does poetic simplicity come from? From natural physical strength, elemental, gusty, the Howard we know and love – lithe limbed physicality and deep dark mysticism. The physical reality is a paradox. Science finds it hard to deal in paradox, so dismantles reality into a relative world of hygienic fact where there is no absolute physical reality (CERN).

The prophecies of Rachel, verse 210. With the forces of the European establishment unmasked as technarchs, an unholy symbiosis of flesh and machine with the heads of snakes, a tense stillness pervades the continent. Will one-eyed Tusk reappear, bringing ever-more Hyborian dragons?

Meanwhile, the Entity, orbiting the globe for signs of any outbreaks of sorcery, has detected quivers of technarcy mixed with eldritch energies at CERN, nestling on the shores of Lake Geneva.

The lord of Hyborian Hosts with his cavalry of bowmen and women from mitteleuropa have been thundering at full gallop for a day, and that evening have arrived at a scene of calm moonlit grandeur, silent as the eternal cosmos.

“Serpent-men of Stygia, formerly of Europe, come forth!” cried Emmanuel from his frothing steed. “Tusk is gone –your era is at an end!”

“Ha ha ha!” the tannoy crackled into life, “did you think we had been idle?”

At the words, the glittering dome that was CERN seemed to fragment, each piece rotating this way and that till on each crystal appeared a reflection of the blood-red moon, directed towards the attackers.

“Our technarchs have forged an unholy alliance. Ha ha ha! You are doomed!”

Horses shied and almost all hell broke loose as, from each glistening fragment, slithered a reptilian horror.