I suppose you realize the permutations of an absolute aether? In his 1920 speech, Einstein took away the ability of aether to move relatively, as that would include a mathematical (logical) paradox (as opposed to a paradox of different things taking place at one time - prev.)

In an absolute aether, the rotations and accelerations of heavenly bodies have a fantastic harmonic continuity. As to what aether is, it may not be particles atall, it may be vortices as in UVS (you may have found Vincent’s semantics baffling – so is reality, trust me.) Vortices in what?  Well, a spiral may be a primordial motif, an original “thing”, so I’m not gonna say any more; reality is not appearance and that may be one of the problems of science. What appears on their screens may be relativistic effects, ie reflections, not reality. To determine aether with relativity may well be impossible.

The shape of things, for instance, is supposedly appearance, and that is down to Darwin and survival of the fittest. But, what about the way our bodies are so harmonic, why is barndancing a joy? Because they are musical in a musical universe (the Olympic deities).

What is the warrior and what is the maiden? The strong and pure who are physically attuned to reality, hardy, nimble and lithe, fair of face. The meaning of myth has a certain melody, and it may be just a question of belief, faith in things which are outside of the relativity of fact and have absolute dominion.

Here’s a link back to MOBILE Lavigne’s classic of introspective rebellion. The hyper-linked world is also hyper-real. But in a hyper-linked world of reflection, reality is more of a fiction. So, basically that is a relative world of PR (Pictorial Bridge 25, Einstein, it now appears, is a useful figurehead for acolytes, going by his 1920 speech).

If you go back to Hyborian Bridge 16 you may recall a natural labyrinth – a wood, a book, Homer, a dingy underworld – is an uncertain route where different things have similarities. The one thing it does have is content and introspection, psychic strength and basic purity. This goes back to Clair Noto’s tales of Red Sonja. The chaste warrior is a study in contradictions, and undergoes a sort of rebirth through blood and purity – Hyborian Bridge 15 “Red Lace”, the centaur who manufactures the monstrous rocs from jewel-like eggs. 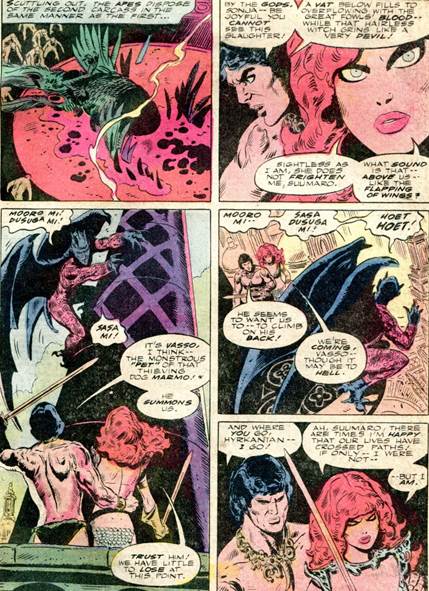 Why is it these fantastical tales have such strong and true psychology of the female? For the same reason Howard’s conquerors are lusty and elemental. The world as it is in reality is not factual, it is elemental, melodic. If we live in a relative world of reflection, one that is hyper-real and convincing, by the same token it is psychically weak.

If physical substance is aether, then it is primordial reality, melodic and lustrous. Aether – or reality – may be undetectable in a relative universe where we are assaulted by facts – and doubt (see the quote by Bardot in Le Mepris Pictorial 13 which echoes Kierkegaard). Physical substance and psychic strength go hand-in-glove; Howard’s kingdoms of Hyboria have a labyrinthine vastness and dinginess of absolute reality. The same goes for Noto’s labyrinthine plots of blood-sacrifice and artisan witchery in a strange and uncertain terrain.

Blood and sacrifice, the hunt, the baying of hounds under the silver moon – all primeval reality, the domain of Diana and Artemis – Red Sonja as Red Venus  (in myth, Venus lived in Vulcan’s dingy, smelly and rackety domain for six months of the year).

The hyper-real world is a reflection (appearance, Apollo), whereas the dingy, labyrinthine underworld is reality (Artemis, action Tales of Faith 11). The moon, if you think about it, is invisible without the sun’s light to reflect off it. 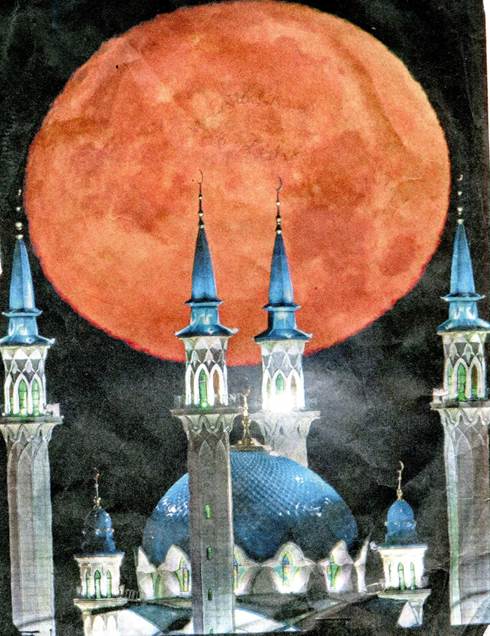 In the modern world where appearance (reflection) is everything, the archetypal is nothing. In Howard and Noto the reverse is true. The moon – feminine intuition – is, like aether, a mysterious thing that nevertheless attaches us to the absolute, and not drifting into a maze of pure light and ego-lust of the acolytes, in their maze of reflections (Hyborian Bridge 20)

The prophecies of Rachel, verse 211.

With astonishing speed, the oozing reptilians were upon the horses, entangling them in their gelatinous forms and seeming to flow over the panic-stricken beasts, ingesting their flesh, as the archers were forced to jump clear and run for the hills.

“Sound the trumpet!” yelled Emmanuel, “retreat!! Retreat!!” Wheeling, the ranks of archers urged their squealing mounts to safety, the unfortunate few rapidly reduced to white bone horribly shining against the livid green-blue hides of the slug-like reptiles that squirmed in ever-increasing numbers.

For several minutes the only sound was the tannoy, “Ha ha ha – run rabbit run!” as reptilian forms radiated from the mound-like CERN. Prancing nervously, the cavalry waited. Suddenly came a new sound.

“Stop him you fools.. AARGH!.. I’m hit..unnh..” Then all was eerily silent, the slug-snake things pressing forward in a ring round the edifice, till,

“KRAAKK!!” - there was a livid explosion, a white light flared and a jagged hole appeared through which staggered a figure. It stumbled forward, then stopped, for from all sides the things had whirled and were sliding towards their new prey.

Careering wildly through the blindsided reptiles they made it inside the ring. Emmanuel bounded off his steed and stared at the hunched figure.