The songs of the sixties are now coming true before our eyes. What is this mythical ticky tacky Melvina sings of? Best to say what it’s not. It’s not crops, crows, cows or anything that rotates according to the seasons, the years.

It’s not the retinue of the Percys (prev) ranging between landed properties, baggage, maiden aunts and all as their estate was wont till Mary Percy married William Maxwell of Monreith, another heir, natch.

Mary’s yearning for rugged simplicity minus the detritus of archaic centuries is understandable, though I guess some might say it’s not downsizing so much as alternatizing, given the resplendent grace of Elrig!

So, what’s the answer? How do we get back to some sort of neo-Medievalist norm – or, in the US, ranch homestead norm – from what is the modern maze of fact, not fancy? One has to start somewhere and, in his memoir, Maxwell gives memorable credence to the estate gamekeeper, Hannam,

Hannam saw nothing strange, nothing reprehensible in this cool destruction to further the aims of pure skill; his extremely able intellect operated within the parameters of his own profession.. Close to the kennels he had built himself a workshop, hammered-out oil-drums and containing lathes and drills..(page 109)

And if a hawk..can get its feet on a young stoat he’s not bothering whether his claws go in the guts or the heart or whether the beast’s dead when he starts eating.. Hannam’s philosophies.. extended far beyond animals and pain, into the realms of courage, courtesy, philosophy and religion. (page 110)

Now, there happens to be a know-it-all, didactic pundit in DT going by the name of Hannan, so here are both their photos to compare and contrast 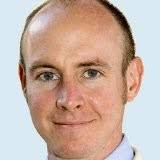 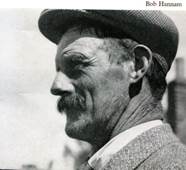 Were I a Martian I might say there are two different breeds of lifeform. One is convinced and convincing and, like all these journos, always happy to tell us why! The other is introspective and wary, one who is aware that practice speaks while words just expel air.

The first Hannan will tell you how to run a society; the second Hannam will run their corner of the world with consummate skill and speak words of wisdom to young Gavin.

. . . man is a carnivorous production,

And must have meals, at least one meal a day;

But, like the shark and tiger, must have prey;

Although his anatomical construction

Bears vegetables, in a grumbling way,

Your labouring people think beyond all question

This goes back to the alternate future of range and rider (Alternates). This future is not rule-based as one doesn’t need rules to run a homestead, to build a corral, one needs practice – see Cosmic Curmudgeon 2. Rule-based societies – “vanishing point” Cosmic Curmudgeon - are always heading towards the vanishing point. Capital and Marx are two sides of one coin; where, in any political manifesto, is it mentioned that the Earth rotates?

It puts them outside of cosmic abstraction which exposes Man to the primordial principles of light and heat, darkness and moisture. We of the modern era are lost in our world of facts which have no sense of destiny in an empty cosmos.

Elemental life gets ahold of you, living things are circadian and, as the blues lyric goes, “Woke up this morning

The vast influence of rhythm and blues on artists as diverse as Zappa, Buddy Holly, Elvis and the Motown sound is the influence of circadian rhythms on conservative rule-based order. Yes, it was a capitalist order, but the rules themselves exist outside of the circadian abstraction that is the dream of the universe.

Rhythm and blues is strong; Hannam is strong; they live in elemental abstractions that are the heart of Man. This relates to the entire matter of cleanliness, since circadian rhythms are also personal toiletries. In the abstract and elemental world, dirt and cleanliness exist in the cycle of things; in other words, in the ability of plantlife to cleanse pathogens.

This is the strength of a tribal group whose gods and goddesses are in the very trees (Adastra in Africa Tales of Faith 2). Our modern detachment and psychic weakness is so apparent that it takes the likes of Gates (Hyborian Bridge 31) to offer some pathogen killing machine that by the same token destroys an entire rural culture.

We are bombarded by the likes of Hannan who tell us everything that’s “fact” outside of elemental ways of man the hunter, woman the country maid. Previously, the old-timer Hannam told a few things that were demonstrably right. That reminds me of a joke I sent to Christy Marx. What did Karl Marx get right in Das Kapital? He spelt his name right. 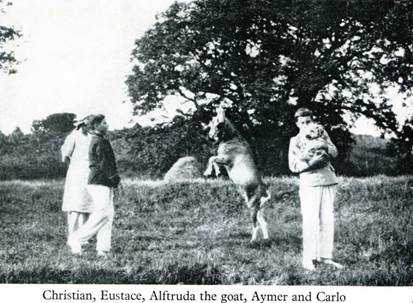