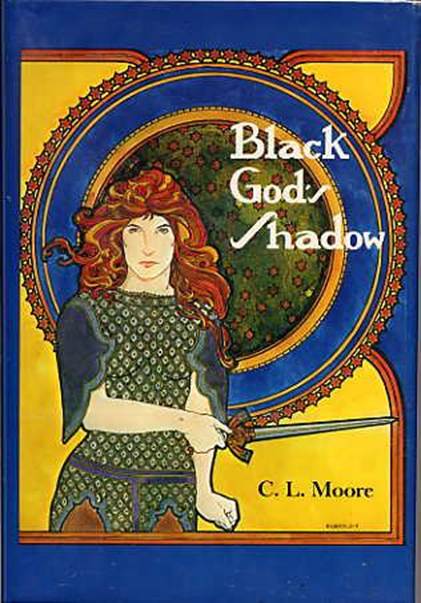 Europa, by the way, was a Lebanese princess of Tyre so making a pretty weird origin for Europe! From a “weird” perspective, presentday Europe and Israel and offshoots like Lebanon have had the weirdness drained out of them. Where the robes of coarse cloth; where the caravanserai; where the barons in their castles and where the village idiots with a close affinity to sheep?

The sense of picturesque is something tolerated but has no real meaning. Just take a look at old societies who are not yet submerged in a corporate ethos. There’s the old colonial societies of elegance and sophistication (see Alternates 4 Corto Maltese, Sureynam, Alternates 6 Lindsay Anderson’s If  and archaic ritual, the Raj). This picture is of three Jerusalem Jews in the Ottoman Empire 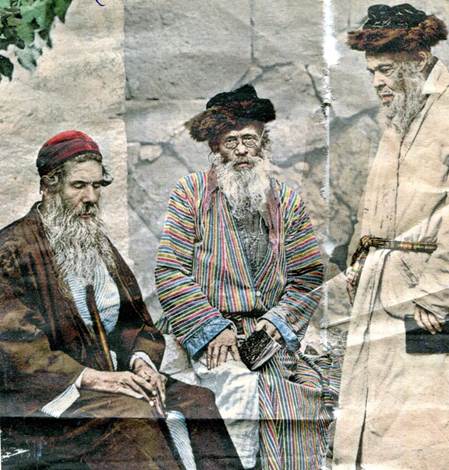 Forgetting every and all retrospective politicisation, is it not true to say that whether you take Sureynam, the Raj or the Ottomans there is a certain grace and psychic strength to the figures? This is what has been lost to the corporate behemoths or transformative maze of struggle without the athleticism, the psychic rapport that gives comfort and protection (Pictorial 4).

Emblematic form in a traditional society is simply birth into a world of powerful and eloquent ritual. Ruth the Moabite became matriarch to the house of David and is known for her steadfast simplicity, often portrayed out in the fields gleaning, with grace and athletic poise (this is just gleaned from ancient schooldays, never fear). A powerful matriarchal figure, a Christian symbol. 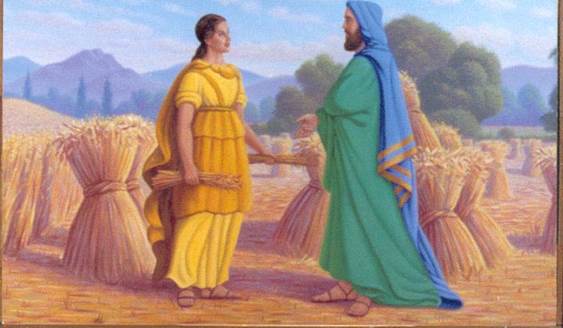 Emblems are human figures with iconic meanings. Natural grace is not a struggle – classic error. It is lightness, poise, sometimes effeminate (style). The struggle in a traditional society is to maintain that natural birthright, which can take the form of war needless to say. There is no struggle in being traditional since it just means following the laws. I’m not saying we should all don sackcloths and ashes, but a balance has to be struck.

The struggle in nature is to maintain the birthright, and that means the presence of powerful symbols of matriarchy, patriarchy, family. There is no struggle as an end in itself; that’s completely fatuous, incorrect or intentional misdirection by “them.” The struggle in traditional societies is NOT to change, to view the universe with a certain wonder. When the wonder is lost certain things may be lost with it.

Going back to CL Moore’s Jirel of Joiry she makes fantastic play of the elemental power of opposite forces. Jirel first hates then realizes her violence is love, love so strong that it breaks    spell of backwardness (Jirel Meets Magic). In that same scene, the creatures from other dimensions are ranged in “ambiguous symmetry”, something that Jirel’s intuition tells her is there, just not there obviously. Moore deals in ambiguity in the landscapes to a very marked degree; a tree that is a snake; a snake that is a jewel; bowers of hypnotic illusion.

If you assume for a moment that there is a certain ambiguity in nature, then a world of competitive struggle will not see or detect the ambiguity. What is it? The presence of powerful opposites such as you see in Renaissance paintings where the carnality of half-naked figures is a symbol of purity.

Or maybe the fact you have powerful female symbols alongside patriarchs, as in the painting of Ruth. In a non-rational society, both are powerful and independent. The resolution of the image is just what you see; that there are two independent people each with a path to follow, a destiny. That destiny you could say is dependent on the balance between male and female in the tribe, on patriarchy and matriarchy. The image is ambiguous in the sense there are two independent voices and nothing of what we call rational democracy. In that sense, the figures are amost superheroic male/female icons.

When this natural balance evaporates so do the superpowers. All magic is a balancing act, you could say, pentangles of ancient lineage. The ambiguous doors to the symmetry of the universe which Moore puts into high fantasy.

There is something very romantic in the idea of the universe as ambiguous symmetry. The sense in heroic fantasy that women are as strong in their different ways as men. The sense that the doors of magic can open to unfathomable areas of subtle predestiny.

In the simplest of ways it’s the grace and artistry of Nubian women bearing pottery. In a society which is aware of natural balance, the lives of individuals are almost superpowered. This superpowered grace is not resolvable; it is easily lost to the so-called struggle for survival. 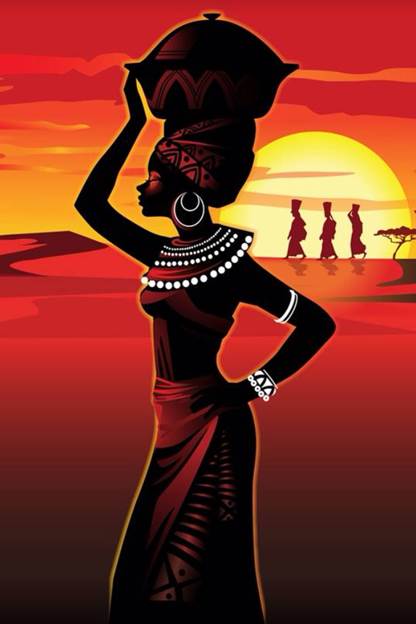 Nevertheless, its very ambiguity renders it romantic in a close affinity with the writers of Weird Tales, especially CL Moore and Howard. I was particularly struck in The Dark Land where Moore makes great play of the electric tension between Pav and Jirel. Her spitting fury, his sonorous majesty and visionary aura.

Such dreamlike cadence puts you in mind of the “unthinking” sounds of swooping sparrows or the coordinated grace of a flock of starlings. In human societies, where things appear superpowered there is actually an absence of rational thought! This, I would say, is the Greek ideal of Apollonian vision and Dionysian lust. Savagery is much closer to the Greek ideal than civilization, in that sense.

The rational mind is the clever mind but what can happen is the mind invents cleverness where none in fact exists. Instead there is an immemorial balance, which is just two things – male, female or Apollo and Dionysus – that are irresolvable.

The clever minds, like Darwin, invent these systems where there has to be advance through struggle. Meanwhile, they do not see that the natural balance of things makes them into what they are. Without the natural balance there is actually very little there, and that is the state in which we find ourselves today. Cleverness becomes stupidity.

This is the society where Martian envoy Ivanka Trump can say they’re “rationally passionate” about tax codes. Right, because in a corporate system that is what society is reduced to. I doubt if The Waltons even knew what tax codes were, back in the day. 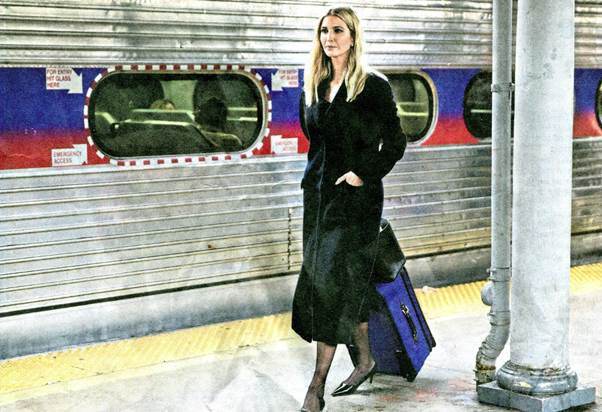 Martian on a mission (from parallel-spaceport somewhere in US of A). The Martian is always thinking of the wrong thing since they are not of the ambiguous world of superpowered opposites that are essentially irresolvable. I noticed the other day Putin praising Tsar Alexander III, who “gave Russia 13 years of peace not by yielding but by a fair and unwavering firmness”. If only it was more than words, and that he really did think with Rasputin that the land of Russia is the superpower, not the rulers.

“I wish to make known to the Russian people, to Papa [Nicholas II] the Russian mother and to the children, to the land of Russia, what they must understand. If I am killed by common assassins, and especially by my brothers the Russian peasants, you, Tsar of Russia, have nothing to fear, remain on your thrown and govern… But if I am murdered by nobles and if they shed my blood, their hands will remain soiled with my blood, for twenty-five years they will not wash their hands from my blood.”

Rasputin, I think, had a mystical sense of the land as intelligent, something that you could offend. Neither clever nor stupid since those are human terms; an unhuman intelligence like Pav in The Dark Land.  Moore wrote the story like a superhuman romance with Jirel’s savage lustre almost a match for Pav of the land of Romne.

“There is in you a hot and savage strength which no other woman in any land I know possesses. A force to match my own, Lady Jirel. None but you is fit to be my queen..” Jirel gasped in a choke of fury and found her voice again. “Hell-dwelling madman!” she spluttered. “Black beast out of night mares!” (page 132)

A tragic vision since, as the white witch tells her, “Pav is Romne, Romne is Pav” and, when she tricks her into quenching the eternal flame, the darkness is complete. Romance with the land, in this case Jirel’s female aura with the unhuman male lustre of Pav. The idea of romance is where you have two opposites that attract, and the resolution is in the attraction. Romance is essentially irresolvable since you have two opposites.

There is no order in romance, or rather, where there is order there is also freedom as in the old west. Western tropes are constantly pulling in two different directions; outlaw, marshal, feminine domesticity, macho cowhand. The superpower of nature is the existence of irresolvable opposites, where one enters the mystical lands of chivalry. The ambiguity is always there, as in the old west where outlaws rode to fame and fortune.

Ambiguity is always there but it is still possible to have unambiguous meaning of figures in a landscape, the ballad of Billy the Kid. That is the real history, always a mix of different things, gaining power from the differences.

That was the history of Earth before it was ruled by Martians who distil facts into a thin alchemy, without the vibrant consistency of the land, without the aura of matriarchy, without the lustiness of patriarchy. The world of facts cannot be romantic because facts are not irresolvable; have you ever wondered why in photographs old west figures never smile? 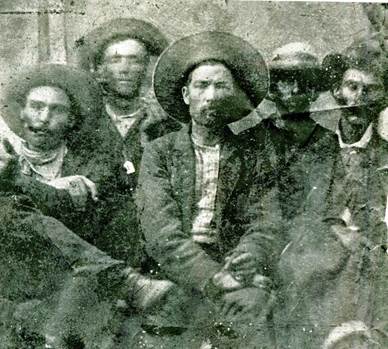 It’s not just that they’re not happy, it’s that they’re superpowers of nature who lived to be free on their own terms, and so they inevitably feud with order. The two irresolvables.

Going back to Jirel and the last story, Hellsgarde, there’s nothing quite as iconic as a strong, silent castle in the mist. A castle is both free and ordered since it is self-governing. It is sublime balance, a mixture of male and female auras, psychic strength. The superpower is always in a state of balance and is not resolvable into facts. That’s why the Middle Ages are romantic and why Howard’s historical tales are so effectively set in city-states waging independent struggles of Christianity against Islam (The Shadow of the Vulture set at the siege of Vienna), or at the siege of Jerusalem (The Road of Azrael ).

Societies deal in facts, such as grocery supplies and those sort of things - that’s the story of “Linear A”, the undeciphered Minoan script at Knossos, a list of stores with no known Greek parallels. How little is there and of how little interest - apart from the language - no psychic depth, no stirring rhythms (“Linear B” was famously found to be early Greek). However, ancient societies existed in a balance of freedom with order, of patriarchy with matriarchy, and that made them strong and real, not weak and factual.

Reality is not a fact. We live in a world of reason and pleasure. That is not reality; it’s nothingness. The psychic reality is a balance between reason and pleasure, which is the swaying serpent of the unconscious (Pictorial 1). The serpent is neither reason nor pleasure because the two are irresolvable – they’re opposites. Our societies apply reason to pleasure, which is perhaps why they’re smiling at us all the time; but it’s a recipe for Lovecraftian ambiguity. Before you know it you’ll be having sex with your machine a la Zappa; that is what iphones are already almost.

Without balance things are a lot less real and there is a weakness, a psychosis. They cover that up with a lot of smiling but, to be frank, I’d rather Billy the Kid than Ivanka any day!