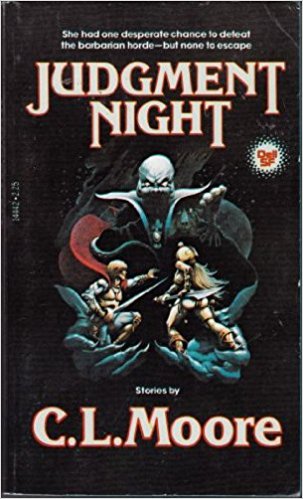 Bjork’s ode to DNA has an oddly undeathly ring to it as the ground opens-ups and the “eternal necklace” warps itself around her neck. At least, that’s what I thought having read Hellsgarde, where Jirel is dragged to a dark, damp dungeon by a disembodied arm.

“The trunk of DNA”, she breathes, forgetting all about limbs, head and teeth to kiss the bride. That’s DNA all over, since there is no proportionate form, therefore no figure and for surely no figures in landscapes (epistemology Weird 11).

If DNA were a text it might be the closest to “Linear A”, which is a Minoan storeroom list from Knossos (Pictorial 7). It remains undeciphered since it has no crossover with Greek texts of the history of Crete, such as the Minotaur, Theseus and so on. It gives you complete information but still has no meaning beyond the dry as dust list of ingredients. A Greek text (“Linear B”) by contrast, has rhythm and colorful descriptions of the external world in all its balance and proportion.

In Hellsgarde the undeath-drinkers are inward-turning unpleasant characters. It is a type of incestuous obsession you could liken to the collective unconscious of mental satiety or brain-incest that feeds the psychotic lust that life should be resolvable, inward-turning, a type of weakness. Linear B is outward-turning, looking to the savage lustre and violence of history.

The superpower of history is balance, and the ideal proportions of the human figure that are registered in Greek pottery (that is probably held in the Minoan storerooms!) There is nothing resolvable about balance, it’s a product of two things; rhythm and counter-rhythm, an inbetween world of sheer strength and tensile lustre. Modern Man will resolve and smile to flatter, to deceive with a pseudo-reality of facts, a psychotic weakness. The smiling face ushers us into the storeroom of Knossos, handing us some indecipherable text into the “bargain”.

Text that explains things and at the same time takes away the superpower of balance, the human figure, the lustre of femininity, savage athletic poise, the romantic aura of history and of figures in a landscape (Weird 11). Or figures in a medieval hall, gnawing on roast and throwing bones to two greyhound (Hellsgarde), the flaming hearth throwing out shadows across the company. Bold and medieval simplicity often betrays hidden subtleties.

As I’ve often remarked, we live in complex times but simplicity is often the truest to our immemorial heritage. In the figures in that far-off firelit scene are teeth for gnawing; tongue for speaking and licking chops; throat for swallowing; nasal cavities for breathing and ears for listening to idle banter (of which there is none in the scene, no TV too, the list go on and on!)

The rhythms that go into such quotidian acts are truly ancient and therefore strong and perfectly balanced (“non-Euclidean” might describe such cavities, a phrase used in Quest of the Starstone). Rhythmic space is ancient as life and therefore at the root of human societies and cultural norms.

The stark simplicity of medieval figures makes their physical power and lustre apparent; the strong symmetry of the face in Alicia Austin’s cover to Dark God’s Shadow. Simplicity betrays subtlety and both are products of primal forces, dynamic tensile lustre. The figures in the romantic hall with their strong, white teeth, an ancient “inbetween” world where there are far fewer resolved facts and a much greater sense of living in a state of ambiguous balance.

This question of romance often goes back to the mundane matter of teeth; do you want modern dentists with computer-wizardry or do you want to gnaw on bones and develop strong teeth? I think the point is the corporate world has no interest in strong anything, so you are better to not be dependent on such behemoths.

Romance cannot be reduced to facts – whether teeth or sinusoidal cavities - it is an inbetween world of ancient primordial power. The world of facts is like a disembodied head that disregards these ambiguities, the bone-cavities, blood-vessels, the sculptured primitivism that is as ancient and formidable as the dragon.

This is the inbetween world that has no resolution in fact, that is dynamic tensile lustre, that comes from primitivism and balance and is clearly nothing to do with DNA (the “Linear A” or list of ingredients). We are inbetweeners; every man has anima or the female serpent in his psyche. To be subservient to facts is to disregard the lustre of vitality, our primitive heritage.

Maybe you could say “they” are smart cookies, but you could also say they’re disembodied heads with no primordial physical awareness of ancient body, ancient elegance, emblematic form. Therefore, the facts they dole out have resolved a situation which is actually irresolvable; the ancient rhythmic state-of-being of our ancestry that is a state of ambiguous balance.

We are the high-spirited Indians of the plains; we are the outlaws, hippies, Christians. We have lightness in our hearts, we wear tassels in our clothes and garlands in our hair, we are reactionary forces of the old west that deviate from corporate desolation and we have effeminate style. We have no struggle to resolve, we are not alpha males who rape with their eyes, eyes that reflect dollar sign surroundings. No, the eye pierces with eagle’s gaze, spies likely places to hide, men and women of athletic build and mounted to boot. These are the shoulder-holstered scouts who will patrol and pacify the new territories – as previously expounded in Alternates

Not for them the survival of corporations that lift us onto pointless pilotless gyrocopters around urban-franchises. Not for them the survival of desolation of psyche, insane lusts of men for machine-domination. The new frontier will have machines, but we are born of free spirit, of ease and grace of movement, exotic gypsy women of animal carnality who frequent field and paddock. Women are harvesters and the harbingers of aura, so you could say natural aura takes the place of insane order!  Women bring forth life with carefree abandon, and that is what scouts fight to defend.

The scout represents the ambiguity of history. They are Indians, mercenaries, high plains drifters. The scout represents an alternate history, one where the land is not theirs to sell. One where the Indian, the outlaw, the mountain men with tassels and feathers are bonded by lightness, grace and effeminate style. Theirs is an ancient order that plays lute or harp under lonesome skies.

Some call them reckless, no account savages and there’s something in that; accounting is not their game, they’ll take a man’s purse and gamble it away in no time flat! They are inbetweeners who live in the land of irresolvable opposites, superpowers of nature at one with wolf and eagle.

The big idea of the Old West is the feud, probably best epitomised by the film Pat Garrett and Billy the Kid, with Bob Dylan both scoring and guesting as “Alias” (I guess the nameless vagabond of Homeric myth.)

The love/hate relationship between Garrett and the Kid is the real essence of romance since there is an essential ambiguity. There is no resolution save the gun (“take this badge offa me”) but behind the ambiguity is Chisum, the cattle landlord and dollar-king, forerunner of the new order, the sign of the $.

Garrett’s newfound allegiances are destroying his old freedoms. The freedom of men with reckless nature and a disregard for the "facts" of civilization and its products. Their strength is that they are not products of civilization but born of unconscious spirit. They are warriors of the west, loping like wolves to the slaughter. If the physique has a type of sublime balance, that is also irresolvable. The romantic warrior is balanced between mind/body, a superpower of nature.

The world of facts would tell you that old order is over because the battle is now between corporations that supply the best products. This idea has come in for a bit of stick over the years – see American Flagg! Wild Horses – and I find one of the earliest critiques in CL Moore’s Judgement Night, written in 1943.

It’s the story of interplanetary feuding and has some majestic descriptions of the vast, epic spaces that often frequent old-school space-opera

And once they came out on a balcony over a scene that took Juille’s breath away, The vast hall below them was built on a scale so tremendous that it seemed incredible that human minds had conceived it. Its vast oval was proportioned so perfectly that only the giddy depths belowthem made the room seem as large as it was. A muted blue radiance lighted it from incredible heights of windows lifting columns of blue unbroken glass from floor to ceiling.(page 454)

Juille, the imperial princess who is both attracted and repulsed by barbaric envoy Egide, ends up on Cyrille, a vast artificial planetoid that is the perfect illusion or “resolved space” where all the facts are illusory, and anything is yours for a price.

Somewhere, the originals of this living reproduction had once walked hand in hand.. They might be cowering at this moment in some underground shelter.. But they walked here in an eternal moment of laughter and murmuring. (Golancz Omnibus page 477)

Juille penetrates to a green, elemental undersea" scene where one of the customers is indulging in their private psychosis.

Juille's reason told her that she had stumbled into one of the darker levels of Cyrille.. This undulating reptilian horror must be one of the hopeless addicts, wealthy enough to indulge his madness even when civilization was crumbling outside the walls.. (page 484)

The scenes on Cyrille only appear real; they actually occupy distorted space. In their romantic tryst earlier on on Cyrille, Juille and Egide can sort of persuade themselves of the reality in order to “get it on”, since they have a certain flamboyant attraction one to the other. When Juille returns as a prisoner, though, the sad mockery of the establishment is an affront, the walls literally come tumbling down.

Low in the wall a broken opening showed when the glare died away. Through it Juille had an incredulous glimpse of a city spread out in sprawling avenues and parks between the ridges of rolling hills. She saw people moving like animated dots through the streets – all of it either in incredibly perfect miniature or incredibly far away. (page 485)

The astonishing verisimilitude of scenery is captured here; how. In “fact”, do we tell them apart? Because one is distorted space; facts are a type of illusion because they have no interest in the sculptural simplicity and majesty of rhythmic balance. Verisimilitude can be as complex as you like but it cannot replace the abstract simplicity of balance. The scenes on Cyrille may be convincing, but they also have no abstract power (ontology) or meaning (epistemology). These things come from emblematic form, the stars and the moon above.