The world of action is different; it has a different order of power, rhythm, symmetry which numerous techniques distort into a labyrinth of facts. It’s what you see on a Greek vase and it’s primal and pure. It’s the tranformation of physique, the world of fauna and flora. It’s the vagrant breeze on balmy night air. It’s balance and timing, acrobatics, bull-dancing in Minoan Crete (Wild Horses)

You may well ask what are these things. It’s like asking what is horology? It’s all about timing and benign influences. Astrologer “to the stars” Juston Toper is quoted as saying

Astrology is about giving people encouragement. Everything is about timing, a time to play and a time to work, a time to reflect and rest (Daily Record)

The world of action is the one of fortune, and one always prays for the good. It’s the difference between pessimism and optimism, or Freud and Jung; one can delve into the fabric of the mind, or one can prick it with encouragement and understanding (the mind is a labyrinthine construction there to entangle the unwise, natch).

Because we are children of the universe; understanding is not a one-trick-pony. The symbols that are out there are sensational, zestful; life is full of sensation. Take a couple of Woody splash-pages. 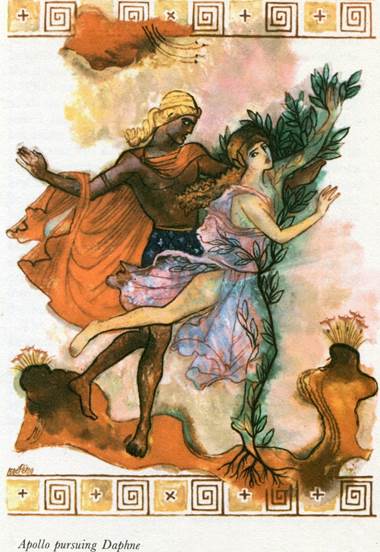 Salt and tears. Sensation, coarseness, the process of birth itself.

This is actually the world that is not factual because it is all pure timing and perfect symmetry. That’s why scientists don’t like horology because it is too perfectly attuned to the human form related to the universal. They like facts, not the perfection of universal symmetry. Well, the time has come to say that is what the world of sensation is. We respond to the universe and it repays us with encouragment, understanding and good fortune.

The pessimistic world of fact that does without sensation and good fortune is there for all to see, It’s all out there; one just needs some faith and the courage to disprove authority figures by action. It’s there is Woody’s EC tales too; in the tangled twisted roots and undergrowth and wrinkled saurons and fungoid forms.. Some of the stories metaphorize eco-lifecycles, such as The Maidens Cried which has a humanoid variant of the pupa of the moth, here a weird monster, going through a chrysalis phase of metamorphosis into, astonishingly, fair maidens with vestigual membranes (using the same erotic metaphor as Patrick Woodroffe Metamorphosis 2). 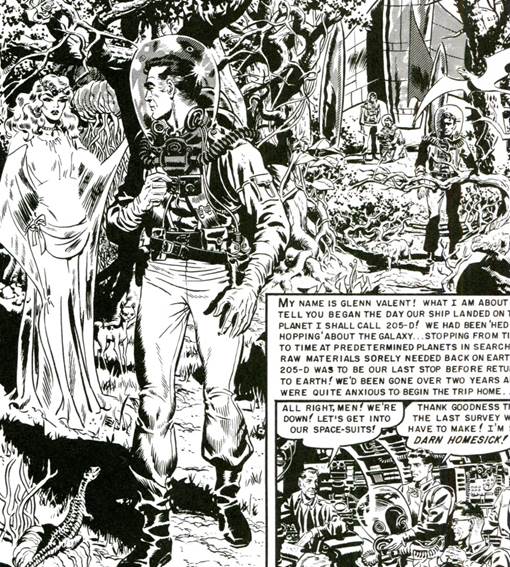 Life-cycles are nothing if not sensational; destruction and creation on an epic scale. This is content, which also has a phase of decay or degradation to renew itself. Our pessimistic world has what you might call an endemic fear and loathing of decay, and that is the exact reason for its pessimism.

The dark maiden, Artemis, sister of Apollo, is the goddess of regeneration and thrives on tangled edifices of ages gone. Artemis, the soul of romance and sister to sensation, the sun itself. Although called “chaste”, chaste maidens abound in classic myth. There’s Diana of the chase (see Diana and Actaeon Denizens 1), Daphne of the laurel, even Venus is sometimes depicted as a roamer of hill and dale, lover of bowers and partial to the odd stoat.

They are, in other words, associated with life-cycles, regeneration, the kill, blood. This is an optimistic world because there is no denial of decay which must sustain the things which live.

How one reconciles these things is a question of the old religions of which I’m guessing there are copious books out there. The ancient Greeks, the Mycenaean warrior tribes, worshipped heroes who had sacrificed themselves with great valour. Heroes became supernatural, less than gods but more than human, by means of their provident deeds. Venerable, grass-encrusted shrines stimulated the fancy (I guess there’s some connection to Jim Fitzpatrick’s Celtic images  ).

In the ancient religions there is no denial of what any fool knows, that death sustains life, and in this is a type of optimism, from which springs fortune and fancy. The simple truth is one has to reconcile these things which may not be “facts” but are the very pungency and frutitfulness of reality.

signed/numbered prints on A4 card $12

3 "Clown of Blood" (in production)

By artist Elena Priestley (in about a week)