Denizens of the Netherworld 2

The Olympian pact that Hercules signs is a dupe; of language coded in archaic ritual. Rituals have their uses as a binding contract, that’s their main use. It’s when rituals replace life that they become as self-perpetuating as a labyrinth.

The cunning technician Daedalus builds the labyrinth to hold the bull-headed Minotaur. Like a lot of Greek myths, it seems to be double-edges. The logical labyrinth of Daedalus, and the bellowing Minotaur.

As I’ve been hinting at, the hidden aspect of modernism is an apparition of the unconscious, part brute part conniving wizard. There is a psychosis at the core of the labyrinth that closes off psychological truth; the primal simplicity of lust and gay abandon.

These are marks of classical myth that are touched with melancholy. Orpheus dances down to Pluto and, in Gluck’s opera, is met by a gay sprite

Like many Greek myths there is a bloody end, as Orpheus’s lamentations drive the Bacchantes into a fury and they tear him to pieces. However, the muses gathered his head and lyre and carried them to Lesbos, which was destined to become one of the greatest schools of music. All very tragic, even tragi-comic. To Nietzsche, I daresay, the unconscious, unthinking aspect of myths attach them to symbols of the mind, to the abstractions of nature and the Apollonian vision.

This is quite a tricky thing to get in our era of ritual formulations of language that have all but replaced the visionary image. Going back only to the 80s I came across astonishingly timeless pictures of traditional Orkney by Chick Chalmers. 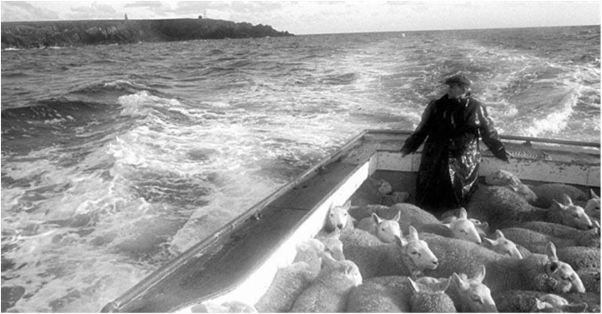 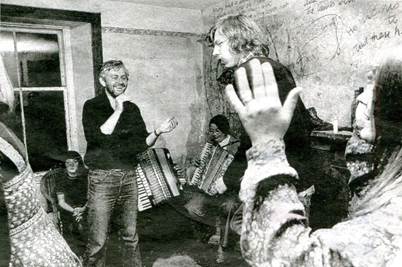 Apart from their technical excellence, the pictures capture a raggedness of line and light; the type of thing no words can replicate save mayhap those of Shakespeare or Homer.

It’s the unthinking quality that can appear mythical. Another example is Conan #24 which I’ve always liked for its peculiar lustre. BWS seemingly inked the whole issue with a fountain pen and the lines appear to float like oil on water.

These inexplicable qualities have the sense of visionary myth; there is something going on, and underneath the surface is a lustiness. You find this quality often in old photos of Harlem or wherever. It seems to be an old timeless quality, something that’s difficult to decipher since it’s not exactly technique but something more.

I actually mentioned on the previous message to swordsofreh bulletin board that “raggedness” of line is discussed at end of CH 9. This is actually a discussion around Bruce Lee, who had the concept of “broken rhythm” in his Jeet Kune Do style. If you take a look at that piece, it’s the idea that technique and expression are two different things; you have to forget one to do the other.

This is not a very modern concept, but it may be an old one. It might also apply to certain photographers and artists (the great Cartier-Bresson).  “Broken rhythm” is outside of any technique; it’s just pure expression and reaction, free as a bird. BWS is known for his broken line effect, a style which is also seen in Rob Liefeld. 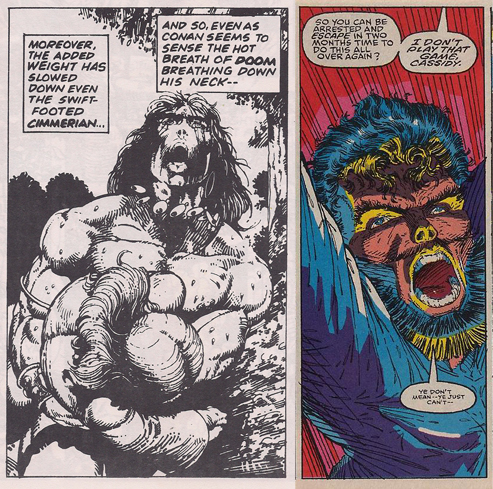 The looseness of this approach I think is easier to see as a type of expressionism that gives lustre to the image. Margaret Brundage (Weird Tales) has a different style but is also expressionistic. Other classic artists like Titian are very expressionistic, with broken lines that are never totally defined (Death of Actaeon). The pulp illustration to Mundy’s Eye of Zeitoon is also of that type.

So it’s something that can’t be described but is very expressive. What seems to happen is that the technical ability of the artist is not enough to describe the work and it has a flowing grace and ease of energy. In the modern world, this is the quality that is being built over, and the main reason is because it is unthinking.

Not thoughtless, just lack of straight-line articulate thought. In short, it’s the diametrical opposite of a Randian world that is built to logical proportions. The “unthinking” world is then the world of expressionist myth – basically, the Wild West in American folklore. 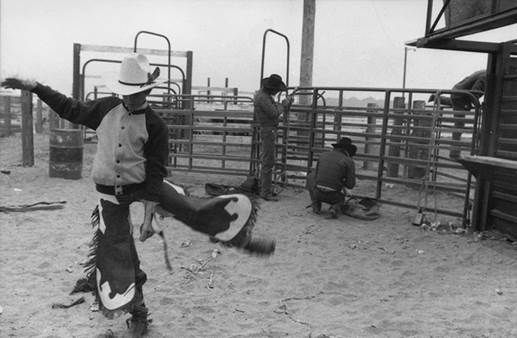 It is Dionysus and Apollonian vision; abstractions of nature. Myths are not just stories, they have a primal lustiness. In other words, it’s a quality you might find in 80s Orkney but not in 10s Manhattan.

It seems to me this is what I mean by the nature of a labyrinth; something both politicians and economists describe in the ritual formulations of language but has no primal lustiness. This is something “they” will build over because suits them to do so! The only way out of the conundrum is to establish a new order that actually is unthinking or, in other words, inhabits a wilderness area.

A lot of this I’ve gone over to some extent already, for example CH 10 on the unthinking aspect of childhood and learning a language through pictures, thinking through language. One has to recognize that opposites exist – which Randianism does not – and that the future “they” predict is not gonna happen this side of Hades.